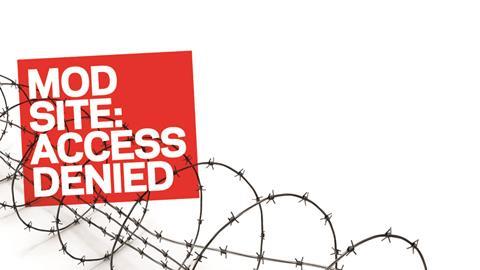 The Ministry of Defence’s announcement that it won’t let any new construction contracts this year has left bidders in limbo, but could the imminent appointment of a private sector partner boost morale in the ranks?

The cutting of 4,500 army, navy and RAF jobs has been all over the headlines this week. But for the construction industry the bad news from the Ministry of Defence came last week, with Building’s revelation that the MoD’s entire £5bn procurement programme was under review.

With the industry facing a difficult 2012, the MoD’s book of work has been much sought after, as it is one of the few parts of the public sector with significant opportunities remaining. But now that the MoD’s property arm, the Defence Infrastructure Organisation (DIO), has signalled the retreat, those who had been hoping to secure the work have been left searching for explanations, and wondering what will happen next. It is partly the familiar story of the over-stretching of a reorganised and “rationalised” government agency, but it is also becoming clear that the DIO is about to unveil an entirely new private-sector-led plan of attack.

The review across the entire suite of Next Generation Estates Contracts (NGEC) - both construction and facilities management - includes three contracts that have already been shortlisted (see box, below). That means, for instance, that the £1.5bn National Housing Prime contract to provide repairs and maintenance to the more than 49,000 UK military homes will not now be let this year as planned, raising doubts over whether it will be in place for April 2013.

The three shortlisted bidders - Kier and Turners Facilities Management; Carillion and Enterprise Managed Service; and Babcock - will now have to wait until at least the start of next year before they learn who has won the contract. A Kier spokesperson told Building the contractor was aware the NGEC programme had “suffered significant delays” and was expecting further information from the DIO. “We believe there is an intention to update industry shortly,” he said.

The review comes after a series of delays to the first tranche of contracts last year, when deadlines first began slipping. At the time the DIO said the “very high number of PQQs [pre-qualification questionnaires] from potential bidders” had meant the organisation had been forced to increase its staff levels. But it also meant the initial plan to procure the suite of contracts in batches was abandoned. Instead the DIO said the work would be procured consecutively, leading to the schedule “shifting to the right”, as a spokesperson now admits.

The uncertainty doesn’t help contractors who will have spent significant sums by now bidding for the work. Exact costs aren’t public, but Burnand says the cost of the tendering process to the contractors could run “into the millions” - amounting to anything from 1-5% of the contract value.

The DIO cites structural changes across government and the MoD as reason for the delay, including new government procurement policies and the Strategic Defence and Security Review, as well as the creation of the DIO itself last year.

That the creation of the DIO would cause problems was entirely predictable. As the replacement body for Defence Estates, it has had to reinvent itself from the ground up, with new business processes, IT infrastructure and operating procedures, at the same time as being tasked with rationalising a £20bn property portfolio and making £1.2bn in savings. This has meant it has had to cut a headcount of more than 7,000 down to just 2,000 people. Yet at the same time as undertaking what it calls a “major transformation”, the DIO has also been tasked with adopting an all-new procurement system and selecting more than 30 contractors across the NGEC programme.

Last year, DIO acting chief executive Andrew Manley repeatedly assured the sector that the creation of the DIO would not impact on the NGEC. Now one bidder says Manley had been “blindly optimistic” and it was “no surprise” that the programme had stalled. He says it was “sheer stupidity” for the DIO to be undertaking such “severe reductions while at the same time launching a procurement exercise of such magnitude”.

The bidder says the DIO has been struggling with the form of contract for the construction work - the NEC3 - which, although common across the industry and used in other parts of government, has not been used previously by the MoD. “They need to get expertise in,” he says.

Another bidder says the DIO “tried to run before it could walk”. “The whole reorganisation has completely taken over. They’re bringing everything under one umbrella, which is a mammoth task, and now they’ve completely got themselves in a pickle,” he says.

Another bidder adds: “They’ve come to a point and said: ‘Oh, dear, how on earth can we actually administer the procurement when our key people have vanished?’”

However, some hope that help may soon be at hand. This month the DIO announced it would “explore prospective roles for the private sector” in managing the MoD
estate and issued a formal call for prospective private sector partners to register their interest.

For all the DIO’s talk of “soft market testing”, Building understands the organisation is moving full steam ahead with the plan, with the deadline for initial expressions of interest having passed on 16 January, and a procurement expected to follow in March.

An industry source close to the situation says Manley wants to get private expertise on board as soon as possible to take on an “all-embracing partnering role”, but that this is still not expected to be complete until the end of 2012 at the earliest. “They want to get the strategic partner in place before going forward with the procurement, so they’ve stopped the bus,” he says.

He says that shortlisting on the first tranche of NGEC procurement is likely to continue but no contracts would be let until the private sector partner is in place and has had enough time to “get a firm grip of things”. “And that means nothing this year,” he adds.

Yet some bidders fear the move to bring in a private sector partner and the overall “state of flux” could mean the NGEC, as originally envisaged, is dropped altogether. Burnand says: “That’s always the fear with the public sector. You can be one or two million in the can [with bidding costs] and you think, I hope they don’t cancel it.”

This uncertainty has other bidders worried that they may be wasting their time. “The last thing I want to be doing is getting involved in a year to 18-month procurement process and getting to the end of it and they cancel the whole thing,” one bidder says.

Others are less pessimistic. Ian Goodman, regional director at Cyril Sweett, says the work “doesn’t go away just because they’re not procuring for it”. He says: “There is a pipeline of work that still needs to be done - that hasn’t changed. Clearly the timetable has slipped so we’re very keen now to understand what the new timetable is, but some, if not all, of the contracts will still eventually have to be let.”

Already the DIO has begun extending all of its existing capital works contracts to March 2013 or 2014, in order to accommodate the delay in the NGEC procurement.
“That’s fine for those who have the existing contracts. They can be extended and they will keep the work. But for those who were hoping to get a share of the work - and we looked to these contracts as a potential supply of work in a time of hardship - it’s hugely frustrating,” one bidder says.

With austerity set to continue across the public sector for many years ahead, those that had hoped the MoD may prove a rare source of public sector plenty have had a reality check. It’s vital now that the DIO addresses the uncertainty around the NGEC and sets out a clear path forward.

How much property does the Ministry of Defence have?

The estate is worth nearly £20bn, with about 4,000 sites including airfields, naval bases, barracks, 16 major training facilities, and 50,000 homes for service families.
In 2008 the MoD launched the Next Generation Estates Contracts programme to replace the existing raft of contracts for capital and facilities management. The DIO says the suite of contracts is estimated to be worth £500m to £600m a year for 10 years.

What’s up for grabs?

National Housing Prime Contract - up to £1.5bn
Five year contract for repairs and maintenance to the more than 49,000 UK military homes, grounds maintenance, and housing construction projects up to a value of £3.93m.
Progress: Three shortlisted bidders have been told the contract will now not be let this year, with the DIO unable to say when it will be let nor confirm if it will start in April 2013.

National Capital Works Framework - £250-400m
A four year framework for schemes between £12m and £50m. Up to five contractors will then submit competitive bids on a project-by-project basis.
Progress: Procurement has begun, with a shortlist is expected in February.

Six Regional Capital Works Frameworks - £100-250m each
A four year framework for schemes valued at up to £12m, with up to five contractors to be appointed to each framework.
Progress: Procurement has only started on the East Midlands and Eastern England framework, with 10 shortlisted bidders announced in September 2011. The DIO had planned to procure the regional frameworks in batches, but each framework will now be procured consecutively.

Four regional prime contracts - up to £500m each
Contracts for routine maintenance and construction projects up to a value of £3.93m.
Progress: A four-strong shortlist was announced in June 2011 for the Scotland contract. Procurement has yet to begin for the three other regions.

National Training Estate Prime contract - £400-950m
Five year contract for the management of training areas, camps and ranges in the UK.
Progress: The contract was announced in July, with expressions of interest closing date on 2 September. A shortlist is expected in early 2012.