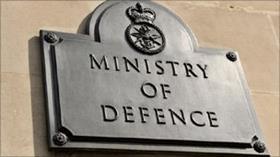 The Ministry of Defence’s estate arm has delayed by a further year billions of pounds worth of construction contracts, with the vast bulk of the work now to be awarded in 2014.

The move comes after Building first revealed in January that the MoD had placed its entire New Generation Estate Contracts under review as it moved to procure a strategic partner from the private sector to manage its estates programme.

Originally the suite of contracts - worth as much as £9bn over 10 years (see table below) - were scheduled to be let in 2012.

This was then delayed after the procurement was placed under review, with the Defence Infrastructure Organisation – the MoD estate arm – indicating that the contracts, including the £1.5bn National Housing Prime contract to provide repairs and maintenance to the more than 49,000 UK military homes, would be awarded before April 2013.

However, that deadline has now slipped again, with the DIO confirming that all but one of the contracts will now not be awarded until 2014.

The first capital work framework – for East Midlands and Eastern England, worth up to £250m – will be awarded in August 2013. However the DIO has yet to confirm dates for the procurement for the remaining five regional frameworks, which are thought to be worth up to £250m each.

It said the £1.5bn National Housing Prime contract, which already has a shortlist of bidders - comprising Kier and Turners Facilities Management; Carillion and Enterprise Managed Services; and Babcock - would not be awarded until March 2014.

The £950m National Training Estate contract would also be awarded in March 2014, the DIO said, alongside regional prime contracts for the south east, south west and central regions, which together are worth up to £4.35bn.  The £350m prime contract for Scotland and Northern Ireland will be awarded in January 2014.

However, the £400m National Capital Works framework, which has ten short-listed bidders, would not be awarded until May 2014, the DIO said.

Steve Rice, head of NGEC, said: “We now have in place formal approval to take forward this major procurement programme, and I am encouraged by the enthusiasm of industry to be involved in delivering these new contracts.

“We all recognise the importance of the Next Generation Estate Contracts for our military customers, and we will continue to work with our current contractors to ensure that existing service levels are maintained right up to the new arrangements coming into service.”