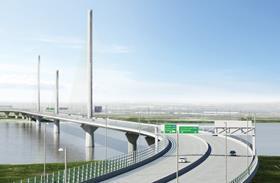 The prime minister and the Chancellor have pledged that 200 infrastructure projects worth a total of £36bn will start in the 2014-15 financial year.

Prime minister David Cameron said he wanted Britain to have “first class infrastructure” and that it was “a crucial part of our [the government’s] long term economic plan”.

He said: “This government is backing business with better infrastructure so that more jobs and opportunities are created for hardworking people, meaning more financial security and peace of mind for families.

He added: “Because of the tough decisions we have taken in day to day spending, we can prioritise public investment where it is most needed and create the right conditions for private investment in infrastructure where it brings value for the taxpayer.”

He added the government’s “full throated support” for infrastructure would “further inspire the confidence of the industry”.