Wellbeing: Well worth it

It’s time to stop obsessing about cost-cutting and invest in improving people’s working environment and their wellbeing. Oh, and by the way, it can massively increase productivity, too 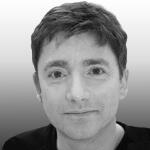 In March this year, I wrote in this magazine about how the UK could address the issue of its poor productivity in relation to other EU countries through investment in better-quality workplace environments.

A huge body of evidence on how the environment affects people’s physical and mental health has created growing awareness within our industry for a “human-centred design” approach, but the connection between the quality of environment and how people perform - their ability to concentrate, be creative or problem solve - has been less tangible. As I wrote in March: “It is time for us to win the economic argument as well as the emotional one.”

Atkins commissioned research in March from Imperial College London to undertake a broad review of existing studies and quantify the impact that better-quality environments have on people’s performance and productivity. The university considered a range of individual aspects that affect people’s health and wellbeing and attributed a resultant improvement in performance and productivity against each. While they identified the need for further work to be done to understand the interrelation of these physical and psychological aspects, their conclusions are a powerful indication that our obsession with reducing capital costs - often driving down the quality of the resultant environment - is having a hugely detrimental impact on our economy.

In the UK, 75% of workplace activity takes place in an office environment and, according to the research, entitled Thoughtful Design, delivering improvements in office accommodation so that people are more physically comfortable, feel more connected to the external environment and to each other, can improve workplace productivity. The Imperial research shows that an improvement of around 5-8% is attainable and could contribute to GDP by up to £20bn a year.

But what of the cost of implementing these new measures? The research shows that the uplift in cost from a standard new-build office space to a more “thoughtful design” would be up to 21%. Consequently, the payback period for investment in improved workplace environments could be as little as two years, in many cases. This is a “eureka!” moment.

Those of us interested in creating sustainable environments quite reasonably use the whole life-cycle cost of a building to counter capital cost-driven, short-sighted reductions in quality of design and specification. In this ongoing battle between capital and operating costs, the weight on the side of operating costs has been filled largely by energy bills. But energy costs only account for 1% of most businesses’ operating costs, whereas 90% lies in staff costs.

So, alongside capex and opex, we should consider “peoplex”. Reassessing the life-cycle argument to include peoplex overwhelmingly supports smaPll increases in capital investment to support higher-quality environments.

I believe that this research unequivocally makes the economic case for design with people’s wellbeing and their needs as a priority. In creating our new offices at Woodcote Grove, for example, Atkins is quite rightly investing in the quality of the workplace to support worker wellbeing. As designers, we want to create healthier, more inspiring places, which underscores our human-centred design approach and makes perfect economic sense.

This is fine when the investor is also the occupant, but how do we ensure that our industry acts wisely with developments where the investment in facilities is disconnected from the ultimate occupier?

One way might be to give buildings wellbeing or, better still, productivity ratings based on a range of measures. Landlords could then charge a premium for space where the productivity of the staff will be higher. Employees could also choose where to work with an understanding of how that workplace might affect their health and wellbeing.

A mandatory productivity performance certificate would drive a different approach to investment that would revolutionise the quality of the workplace; ultimately making a real difference to people’s lives and to the wealth, happiness, and even the coherence of our society. We have a collective responsibility in our industry to help make this happen.

I feel that, for the first time in my 25-year career, we have the hard evidence to win the economic argument for investment in better-quality environments; and in a scenario where higher investment results in improved productivity and happier workers, it’s hard to see who loses.