In the second of our series, David Weight of Currie & Brown looks at the differences in whole-life costs between a deep-plan, air-conditioned base office building and a shallow-plan scheme that is naturally ventilated 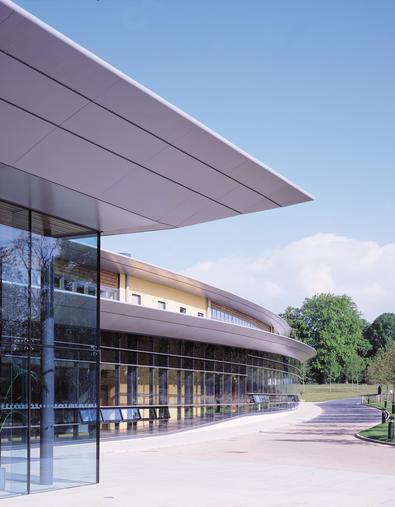 With the increasing focus on sustainability issues and the need to reduce carbon emissions the whole-life costs of naturally ventilated versus air-conditioned buildings have become particularly pertinent.

Here we examine how lifetime costs are affected by comparing a new-build air-conditioned office building scheme with one that is naturally ventilated. Although this example considers offices, the change scenarios shown here should provide some guidance for many other building types.

The whole-life costings presented here are based upon Currie & Brown’s Live Options software, which is an integrated suite of geometric, engineering and energy calculation programs. Whether the development is an office, school, hospital or warehouse, the process starts in the same way, by using a basic but faculty-specific design template. This template is modified to incorporate, for example, changes in the size, shape, and operational performance.

The program integrates fabric and building services components and can show how costs change when a building element is changed – for example, increasing the proportion of glazing. It does this by providing a detailed breakdown of changes and shows the capital costs of physical items and the effect these have on building performance. Any changes to heating and cooling loads will be quantified in terms of the effect this has on, say, chillers and the electrical supply loads.

Changes to the energy profile of the facility are also calculated. The program uses this data to assess the cost effectiveness and overall viability of alternative solutions when considered against the facility’s projected economic life.

The model also takes account of repair and maintenance costs. This includes regular inspections, planned and unplanned maintenance and replacement costs for individual building components. These costs are automatically cash-flowed, discounted and summarised and net present costs are shown against each component, which assists in making choices and in value-engineering.

Shown below are the typical capital, energy and repair and maintenance costs for a typical deep-plan, eight-storey, air-conditioned office building. Overleaf are the increases or decreases in those costs when this building is remodelled into a naturally ventilated, shallow-plan alternative.

Changing the office from air-conditioned to naturally ventilated

Here, we take the 12,000 m2 base office building outlined on the previous pages, which is air-conditioned using fan coil units. This is a deep-plan design eight storeys high with the floor area measuring 30 × 50 m.

We want to consider an alternative form, which enables and relies upon natural ventilation. Service engineers Roger Preston Associates advises that even for open-plan use, the maximum acceptable span to achieve reasonable cross flow ventilation and comfort is 15 m.

Taking the main elements in order as they appear on the graph above:

Changes in energy costs are illustrated in the table. Prices for fuels are taken as 6.5p/kWh for electricity and 2p/kWh for gas, which is used for heating.

To explain the main changes:

Changes in net present costs of repair, maintenance and replacement

Changes in net present costs over 30 years of repair, maintenance and replacement are illustrated in the graph right. These include:

In summary, over 30 years, the combined effect for a change from a deep-plan air-conditioned office to a shallow-plan naturally ventilated office are:

If land costs are excluded, a shallower plan design, which is naturally ventilated, will normally be cheaper both to build and to operate than a deep-plan air-conditioned design. Of course this is dependent on a number of factors. A more compact, air-conditioned, deep-plan design may be better if the plot is very restricted and local conditions dictate against a naturally ventilated building because of outside noise, dust or pollution.

Although the model used by Currie & Brown is good at calculating quantities automatically, this does not replace the need for judgment. Rates may need to be adjusted for economies of scale. Construction time and preliminaries for the form of construction also need to be examined. There will always be matters which sit outside of the model – for example, enabling works such as diverting drains, or works in connection with phasing such as allowing for service diversions and/ or temporary services. The limitations of the model and as well as its strengths must be recognised.