A chance to rehabilitate our prisons

The Autumn Statement recognised the importance of safety in our prisons, but we need a bigger commitment to overhauling the spaces for prisoners and prison officers 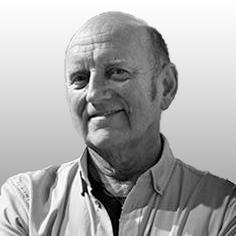 The government’s pledge to open nine new prisons in England and Wales - five by 2020 - under plans to close “Victorian” jails and sell them for much needed housing and redevelopment, offers an unprecedented opportunity to completely reform the UK’s custodial system, through a reforming approach and supporting design.

This initiates an incredibly exciting time for all those who work within the Department of Justice and who manage custodial and probation services. We have the opportunity to deliver a level of custodial reform not seen for the past 100 years - one that can seriously and positively address reoffending rates and create environments that are safe for those who work in them.

However, if we are to truly solve the serious problems of our prisons, such as safety for offenders as well as prison staff, then it is vital that we change our approach to how we design, build, and manage our custodial services.

It is positive that in last week’s Autumn Statement, prison safety was given the recognition it deserves and that funding will be made available to increase the number of prison officers by 2,500.

The lack of a systematic commitment means that time and again, sticking plasters are administered to the problems of the penal system

But this doesn’t alter the fact that many of our prisons are overcrowded, barren blocks of concrete that still resemble the Victorian era, unfit for purpose and negatively impacting and influencing the behaviour, well being and safety of those who reside and work there.

The government’s prison reform pledge has created a platform for change far greater than simply demolishing outdated and badly functioning buildings and reclaiming land for new housing. It is an opportunity to truly examine our custodial approach and deliver a system that is decent and humane, safe, purposeful, health-promoting, with operational efficiency and embedded future proofing. Most of all, we must avoid a rigid, utilitarian approach.

It’s an opportunity to embrace a more collegiate attitude founded on learning and training for those serving a custodial sentence. This would be a system that delivered a positive impact on the people it served in an environment that was safer and more appealing for employees.

However, the big question is whether we are up to the challenge of re-defining our penal system or whether we will continue to produce the same solutions we currently employ, which result in reoffending rates of 59% of those who have served less than 12 months in prison and have, on average, 600 self-harm incidents, at least one attempted suicide, and 350 assaults.

The lack of a systematic commitment means that time and again, sticking plasters are administered to the problems of the penal system instead of training, education and rehabilitation. In the case of the Autumn Statement, the government is simply adding more bodies into, what are often, adverse environments. The system needs to change and the change will only occur through the creation of spaces that aren’t a threat to well being and safety but that offer a positive setting for all.

Chris Liddle, Chairman and head of prison and rehabilitation design at HLM