Functional, lean and tightly compact, the Olympic stadium has powered through the construction phase to be delivered early and under budget. 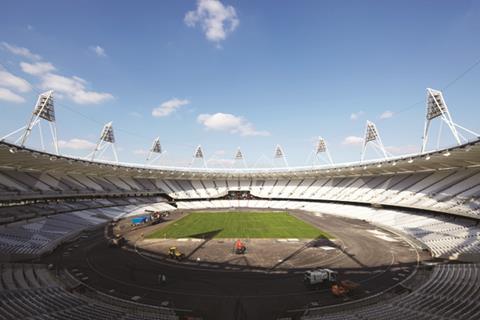 The Olympic stadium was handed over yesterday [Thursday] and comes hot on the heels of the recently completed velodrome.

Despite the closeness in age and location the two buildings couldn’t be more different; the velodrome is sleek and sculptural whereas the stadium is very much a case of form following function.

For starters, the stadium wears its structure on its sleeve with an exposed and visually demarcated structure of black steelwork supporting the precast seating bowl, and white painted steelwork that supports the structurally independent roof.

Spectators will get a clear sense of this structure as they walk right through it to enter the building. They go in at podium level - most of this is below ground and forms the permanent element of the building with the demountable, steel supported element above. Once inside, what you see is what you get - a large oval bowl with 80,000 white plastic seats surrounding a running track with a rectangle of grass in the middle. The only distinctive features are the tripod shaped lighting towers ringing the building’s roof.

The construction has even broken a record; people have died building every other stadium in the modern history of the Olympics

The track is all but finished - LOCOG (the London Organising Committee of the Olympic and Paralympic Games) asked Team Stadium, the design and contstruction team, to hold off applying the final 8mm thick layer as they need to use cranes and other machinery to get the building ready for the Games and didn’t want to damage the surface. 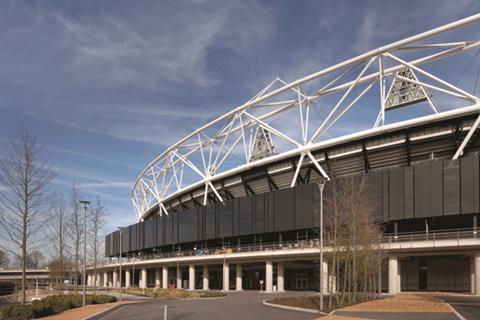 There’s a tier of seating below and above the entry point and that’s it, save for glass fronted boxes on the west side. This is reserved for visiting big wigs from the world of sport and politics and will also house the security operation. The stadium is very, very simple and functional, a classic case of doing what it says on the tin. Spectators will get an excellent view of the whole track at the top of the seating area while at the bottom their noses will be right up against the action. The architect, Populous, says the distance between the furthermost two seats at the top of the bowl is no greater than Wembley, which it says means it could function perfectly well as a football stadium as it is.

This intimacy (for an 80,000 seat venue) has driven the whole design. Because the building is so compact there isn’t space for refreshment outlets, which will go in yet to be built structures outside. The only facilities inside the building are the toilets, housed in black painted boxes. The hospitality suites protrude out of the side of the building, as there wasn’t space within the structure to fit them in. 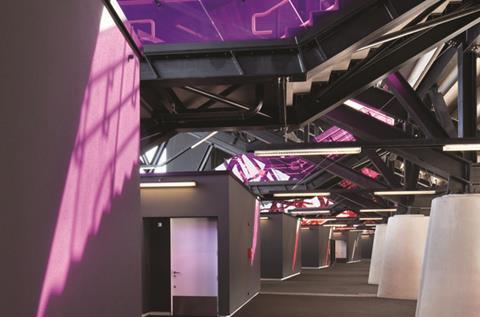 So is the building a success? It doesn’t have the wow factor of the aquatic centre or that perfect synthesis of architecture and engineering that is the hallmark of the velodrome. But it is extremely efficient. That compact shape and pared down design means it contains a tenth of the steel used to build the Bird’s Nest stadium in Beijing. A third of that steel was sourced from unwanted gas pipes that were used to build the roof structure. The quality is excellent despite Team Stadium having less than two and a half years to do the detail design and build it. Tight management and integrated working has been key to getting the job done and the building handed over early and under budget. The construction has even broken a world record; according to the team, people have died building every other stadium in the modern history of the Olympics. The safety record of this project is equivalent to working in an office. Now that is a win worth celebrating.