How they made it: Will Alsop 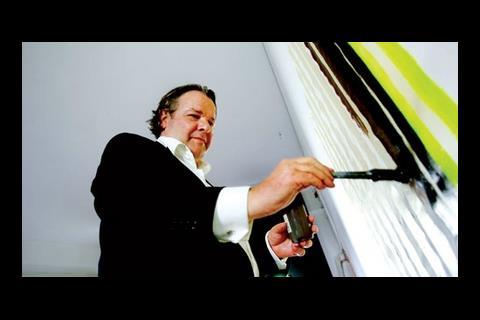 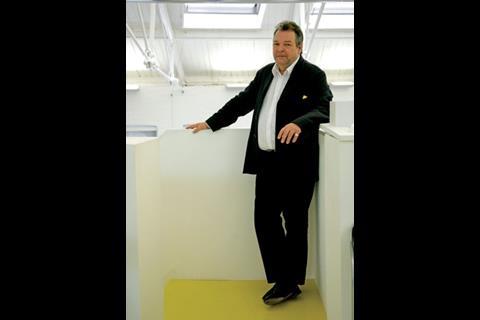 After lunch: in the office at Battersea, south London, 2008 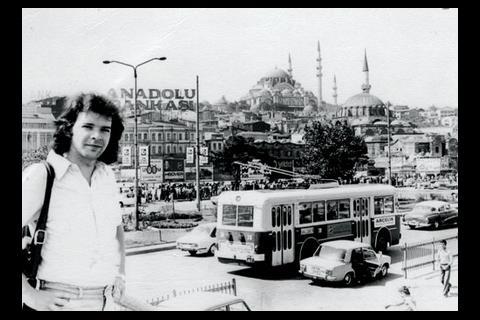 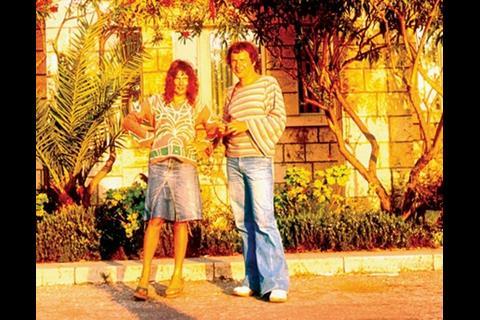 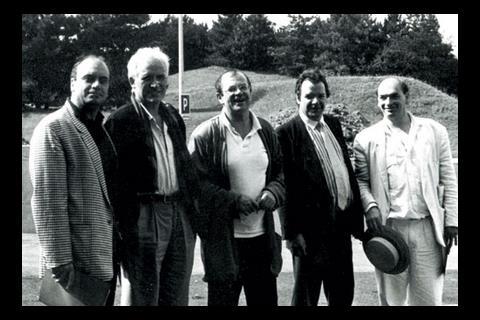 How they made it - Do things your own way, work for someone you respect, steer clear of venture capitalists, and don’t hurry lunch … Will Alsop is full of advice for budding architects. Over a leisurely afternoon drink, he shares some of it with Roxane McMeeken

Will Alsop’s PA meets me when I arrive at his office in a Battersea warehouse. She apologises, but Will is still in the restaurant next door with some clients and showing no sign of leaving any time soon. It seems my best chance of actually doing this interview is to gatecrash his extended lunch.

Trying not to dwell on the fact that this is the man who conceived my local Stirling prize-winning library (Peckham) and is totally redesigning my entire home town (Croydon), I bravely barge in on the great man’s meeting.

He tells me, in his somewhat posh accent, to wait on another table “out of earshot” and order anything I fancy while he wraps up his meeting. Worryingly, he orders another bottle of wine, but it’s only 10 minutes before he joins me, leaving the clients to it. “I have no idea what this is about, but fire away,” he says with a charming smile. Another bottle of wine is ordered …

I was dragged up in Northampton. My father was an accountant, he was 64 when I was born and he died when I was nearly 16. I wish I’d talked to him more. I mean, he was born in 1883. You don’t meet many people who have experienced the world before we had the radio.

But the great thing about your father dying is that you’re in control of your own destiny. So straight after my O levels I took myself out of school and joined a local architecture practice called Rex Bryan & Pennock.

Why did you go into architecture?

I always knew I wanted to be an architect. The story doing the rounds about me designing a house for my mum at the age of six is true. I didn’t know it was architecture then but I was aware we’re surrounded by all this big stuff called buildings and I knew that someone decided what they should be like.

Rex Bryan & Pennock were a proper local practice. They did one-off houses, offices and shops around Northampton. Working there demystified the whole process of building.

I learned how to measure up buildings, how to draw, how to print drawings.

How did your first boss influence you?

Rex Bryan was a very kind man, he would sit and talk to you. I still see him occasionally when I go back to Northampton to see my twin sister. He was probably a bit of a father figure. He encouraged me to do my A levels at night school. I got Bs in geography and maths, but unfortunately I got an E in art.

How did you get into art school despite barely scraping through A level art?

It was still enough to get onto a pre-diploma art course at Northampton School of Art, which was one the best things I ever did. You’re painting, sculpting, print making, doing ceramics. I loved sculpture. In fact, after my pre-dip I applied for two courses – architecture at the Architecture Association and sculpture at St Martins.

Why did you choose architecture over sculpture?

I was accepted on both courses, but I realised it was architecture that I loved. And anyway, you can bring artistic sensibility to architecture. I have always painted a lot of my ideas first, and still do. Also, the whole nature of art was changing at that time, so that the world was becoming the gallery. Art is much closer to architecture now.

How do you feel about the fact only 10% of your designs have been built?

Sometimes it’s a real disappointment. The Fourth Grace in Liverpool [known as the Cloud and scrapped in July 2004] was a really interesting building. It got away for political reasons.

In our final presentation to the client I said: this is our proposition and it will require £70m of public money. I could not have been clearer. They said they wanted it anyway. I believe they went over budget on another project and that’s why mine was scrapped.

What upsets me is what they are planning to put on that site instead. The designs I’ve seen so far are frightfully dull. What that site needs is something as difficult as the other three Graces. Everyone hated the Liver Building at first but try to take it away now and you’d be assassinated.

The other thing that upsets me is my design was used to win Liverpool’s bid to become the European Capital of Culture this year. They won it before the scheme was scrapped.

How did you end up teaching at St Martins?

When I graduated in 1973 I wasn’t sure what to do but I had a friend who was applying for teaching jobs. He kept getting rejected because he was writing the most awful application letters. I wrote him a sample letter to show the sort of thing I thought he should be writing, and I signed it. For a joke, he sent it St Martins and I ended up teaching sculpture there for eight years. But I only taught three days a week – the rest of the time I worked for Cedric Price [the legendary architect credited with influencing Richard Rogers and Rem Koolhaas].

Saying you can’t work in China because they’ve got human rights issues is like not designing a toilet in case someone masturbates in it.

I would say to anyone starting out as an architect: if you can, work for someone you really respect. You might not get paid much but this is how you learn. I spent nearly four years with Cedric. People were more interested in ideas and philosophy than buildings per se at that time. Now, it’s all rules, regulations. That’s what post-Thatcher society has done to architecture.

So what other advice have you got for young architects?

One thing is simply to work hard. I always did lots of speculative work at night. I used to think, why is Pelagio [the neo-classical painter and architect] so fucking great? I would take his designs and do the opposite to see what it looked like. Throughout my career I’ve been thinking about rules and wondering why they exist.

It’s terribly important to keep working on ideas, even if you don’t have a client. It’s exactly like playing tennis – if you don’t practice, you get rusty.

The other thing is work abroad. You can’t do anything in the UK without a track record. I had to go to Germany and prove myself with the Hamburg ferry terminal in 1986. Nobody abroad ever says, “Oh you’re a naughty architect”, but here I still get that.

Look at the 2012 Olympics. I think we have got some really good architectural practices at the moment, like FAT, for example. But none of them are working on the Olympics. It’s tragic and criminal. And it’s because Britain is such a risk-averse society. So work abroad. In fact, work in China.

So working in China is ethically sound?

That whole debate is pathetic. If you don’t work there nothing will ever change. Saying you can’t work in China because they’ve got human rights issues is like not designing a toilet in case someone masturbates in it.

When did you start making a name for yourself?

It was a big moment when I set up a practice with [fellow student] John Lyall in 1981 [Alsop & Lyall, then Alsop, Barnett & Lyall]. First it was just the two of us, then suddenly we had about 20 people. When John left and I teamed up with Jan Störmer it became Alsop & Störmer. When Jan left in 2000, it was just Alsop and we had 120 staff.

In terms of projects it was probably when my first standalone building was completed in 1988 – a public swimming pool in Norfolk called the Splash.

But when did you know you’d really made it?

When I beat Norman Foster in the competition to design the Hôtel du Départment in Marseille [completed in 1994].

In 2004 your practice went into receivership – what happened?

Someone I trusted had not been telling me the truth about the state of my finances. I lost a couple of key projects, including the Fourth Grace. Then in October of 2004 I had to sell 40% of the business to venture capitalists. I was then financially raped by various venture capitalists. They extract what they can and then sell you. It’s also difficult to get work. When clients know you’re owned by a venture capitalist, they don’t like it.

Selling the practice to SMC [in 2006 for £1.8m] also felt terrible. Being owned by SMC is better than being owned by a venture capitalist but it’s not as good as being free.

It is rumoured that Marco Goldschmied, the co-founder of Richard Rogers Partnership, is planning to buy Alsop out from SMC …

I’m not telling you! All I’ll say is that I work hard, and when you work hard you need to feel you are getting rewards.

How do you feel when your designs, like the plan to turn Barnsley into a ‘Tuscan hill town’, are mocked in the press?

If people were mystified by that, well that was the fucking point. Anyway, I was misinterpreted. I meant the pace of life there was Tuscan. But I do love Barnsley. The point is that there had been no real investment there for decades. By the time I left there was £150m lined up for the place. I worked for two years on the masterplan for Barnsley. I got paid for what I did and that’s the end of it.

Out of all you’ve designed, what were you most surprised to see built?

Probably the Ontario College of Art & Design. I mean, it’s a big flying box. It starts nine storeys off the ground. But I never impose my will, you know. Designs like that are influenced by the people using the building, the people paying for it and local government.

I am most pleased with the fact I don’t have a style. Even at my age [60], I feel the best is still to come. But it’s all been at a price; I have never been good with money and I have trusted people I shouldn’t have. But I can’t help it. Until you prove otherwise, I’ll trust you. Shall we have another drink?