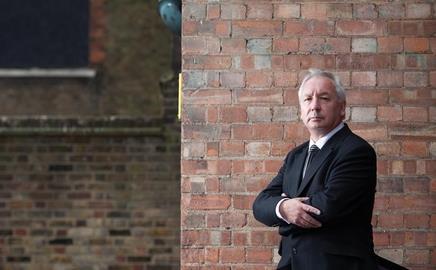 Crest Nicholson was knocked sideways by the disintegration of the housing market and the failure of the global banking system, and for 10 months chief executive Stephen Stone shouldered the weight of a collapsing company. Tom Bill found out what it took to keep smiling

At 5pm on Thursday 19 March, Stephen Stone walked out of London’s High Court and hailed a cab to a bar. The legal papers ensuring his company’s survival had been signed moments before and the 55-year-old Crest Nicholson chief executive was in the mood to celebrate with his top managers.

And with good reason. The hearing marked the end of a gruelling 10-month process during which the UK housing market collapsed and the global banking system broke down. With half of Crest in the hands of HBOS for much of that period, Stone had been at the eye of both storms.

Today, bronzed and buoyant, there is no sign of the man who lost sleep worrying about the future of his business. As he breaks his silence on the events of the past year, he can even joke about the experience, comparing his struggle to save Crest with the heartbreak of supporting West Ham.

But behind the lightheartedness is the steely composure of a man who has just survived the worst year of his professional life. Suffice to say, nothing a journalist could throw at him could be worse. So, what is it like being caught up in the biggest global financial meltdown in history?

Stone recalls the moment it dawned on him how serious the situation was: “Late January is normally when the housing market gets going, but it didn’t,” he says in his measured east London drawl. “By the end of February 2008 conditions were worsening quickly. It was then that we said to shareholders, ‘We have some issues here’.”

But that was only the beginning. “In April, the market fell off a cliff,” he adds, with a downwards chopping motion. Crest was in no shape to withstand the storm. In March 2007, HBOS and entrepreneur Sir Tom Hunter had bought the company for £1.05bn. Each had put in £50m of equity, but the £950m they’d borrowed to fund the deal became its Achilles’ heel when the credit crunch hit. Stone quickly realised the debt was, in financial speak, unserviceable.

His team began examining whether fresh investment from HBOS, Hunter, or private equity was tenable, alongside the possibility of a debt-for-equity swap. But it soon became apparent that getting new money from anywhere was a non-starter. “There was turmoil in the credit markets, so the idea of investment was just talk,” says Stone.

By autumn, lenders had settled on the debt-for-equity solution. Then, cruelly, the worldwide banking system seized up. Lloyds announced the takeover of HBOS in September and Stone had his first serious doubts over Crest’s survival.

“The banks reassured us as much as they could, but that didn’t stop you fearing the worst,” he says. “The thought occurred to me time and again that it would be tragic for a good company to fail because of a debt structure imposed at the height of the boom.”

Crest was dealing with a committee of six representatives from the main banks that had funded the deal, who Stone says “barely flinched” at the wider turmoil in the sector.

He says: “We were very open with the banks from the outset about our figures, but you can’t help thinking what a small piece of the puzzle you are when you read headlines talking about the trillions that were pumped into the economy by governments.”

The deal meant £630m of Crest’s £1.1bn debt was swapped for equity and Hunter and HBOS lost their £50m stakes. HBOS, now part of Lloyds Banking Group, reportedly provided about 25% of the debt, so now has an equivalent stake. The company is 90% owned by 36 banks, and the remaining 10% is held by seven executive directors.

Not that Crest was the only housebuilder in trouble. Barratt was refinanced last summer and Taylor Wimpey recently completed a byzantine deal with its lenders. “It was oddly comforting to recognise others were in the same boat,” says Stone. Another consolation was that as Crest is a private company, its battle for survival was not played out blow-for-blow in front of the City.

Stone is open about what it was like sitting under the shadow of the guillotine month after month: “Bloody awful. The worst part was the redundancies. It was a different type of stress from day-to-day concerns because you’re thinking ‘will we survive?’ and ‘what are we doing to our people?’”

I was waking up at three in the morning. I had that horrible tossing and turning when you’re fighting it and trying to get back to sleep

Stone, who is an architect by training, says that he always put on a strong front no matter what he felt like inside. “It was grim, but you have to portray a robust exterior to staff and the people you negotiate with,” he says. “I made sure I spent time chatting to the receptionist and that I was seen smiling.”

But the stress did get to him. “I was waking up at three in the morning. I had that horrible tossing and turning when you’re fighting it and trying to get back to sleep.” When asked whether it was also the worst year of his personal life, he says: “No. It doesn’t compare to when Steven Gerrard scored in the last minute of the FA Cup final against West Ham in 2006.”

After weeks of sleepless nights, Stone’s worst fears were dispelled when an outline deal was struck by Christmas 2008. It took until March to go through the courts.

With HBOS now eaten by Lloyds and Peter Cummings, the controversial head of corporate banking, gone (see box), Stone says it feels like Crest is starting afresh. But despite the new start and the optimism that goes with it, its battle scars are clear to see. It employs 240 staff compared with 480 a year ago and in 2009 the £544m-turnover firm will build 1,900 homes; during the boom, it built 3,270.

Asked how he steered his company through such difficult times, Stone looks back on lessons learned in previous recessions. In particular, he drew inspiration from his days as development director under Alan Cherry at Countryside in the slump of the early nineties. “I remember sitting in the boardroom when he asked us to work a six-day week. He said: ‘You all think you’re so great, go out and sell a house’. He also taught me not to ignore warning signs. ‘If the market is falling, take a sale’, was a classic Cherry-ism.”

Stone is now focusing his energy on growing Crest again, and as the apartment market has dried up, he is seeking to shift the company’s emphasis onto lower density schemes. Three bank representatives sit on the board and he says some are still learning the business. “Everyone lives in a house, so they think they understand the housing sector,” he says.

But he predicts that the recovery won’t happen until at least the middle of 2010. “We’ve only just entered this recession,” he says, pointing to the likely impact of rising unemployment. “Plus finance is a big issue. It previously came from the likes of RBS, HBOS and the Irish and European banks. I’m not convinced they’ll be back into commercial lending in the foreseeable future.”

Either way, he is convinced that the industry won’t get back to building 170,000 homes a year any time soon, saying that there will need to be “a lot of de-mothballing and re-recruitment first”.

He is upbeat about the government’s announcement in the Budget that it would pump £600m into the sector, but would like to see a stamp duty holiday on sales of less than £175,000 extended to all properties.

He is less enthusiastic about the government’s approach to planning. “Section 106 agreements have been used to fund infrastructure, but viability is challenged when land values fall. With a raft of regulatory burdens, you need a flexible and open arrangement with councils. You also need additional grants from the Homes and Communities Agency to fund schemes.”

Stone also bangs the drum for institutional funds to move into the private rental market. “What better time to tap funds to invest in private rented accommodation? Funds invest in shopping centres because they produce yields. That model has always been missing from the housing market, mainly because the small buy-to-let market was so vibrant there was no need. That’s not the case now.”

He is less forthcoming about the banks’ exit routes at Crest, however, and says it is too early to think about the obvious choices of flotation or private equity sale. Private equity firms are known to be bargain hunting in the sector, but he only offers a knowing smile and a “no comment” on whether any have been in touch.

What he does reveal is that two months after that celebratory evening in London, he still doesn’t remember much about it. “We all got absolutely hammered,” he says. “The next thing I remember is the taxi driver waking me up to tell me I was home. I won’t tell you what time it was.” You can bet he slept well, though.

Former head of corporate banking at HBOS. As the bank’s highest paid executive he led its charge into the property sector with deals that included retirement home specialist McCarthy & Stone and Miller Group. He left in January amid accusations he had caused the bank’s collapse. A source close to HBOS recently said Cummings felt “extremely hurt” by the claims.

“The relationship with Peter was always very good but there was less contact in the later stages,” says Stone. “He had an overall vision for where HBOS was going in terms of its property portfolio, but he never shared it with us. His belief in housebuilding was based on the simple equation that the country wasn’t building enough houses for a growing population. He thought the sector was undervalued and should be resilient, but not for one minute did anyone think inter-bank lending would stop. When he left, I think he was unfairly singled out for blame. The decisions taken by HBOS were collective decisions and the whole board would have been involved.”

The Scottish entrepreneur is also understood to have lost £30m from the HBOS-led acquisition of McCarthy & Stone. “It became obvious to him in the autumn that he would take a hit but he was very humble and understanding of our position,” says Stone. “I think he recognised the speed of the deterioration in the market and his team worked on trying to fix it.”

Do you miss me?

Stone on the City

“As a listed company the regulatory burden meant you had to deal with equity analysts and provide regular updates to the City, which could be a pain. But to tell you the truth, I do miss all of that now. In terms of my share tips for the sector, I’d say Berkeley and Bovis Homes because of their good cash positions. Tony Pidgley has proved time again he reads the market better than most.”

The City on Stone

Anon “He’s a good bloke – what you could even call a diamond geezer. He doesn’t read things quite as well as Tony Pidgley at Berkeley, but he has a pretty decent grasp of the market.”

Kevin Cammack, Cenkos “He’s a well-above-average housebuilder who did a decent job at Crest when it was listed. Nothing that went wrong subsequently can be blamed on him – it was the banks’ problem and I think people recognise that. A solid bloke and a solid housebuilder.”