Increasingly, artificial intelligence programmes are playing a part in legal processes. Does this mean flesh and blood construction lawyers could be facing obsolescence? 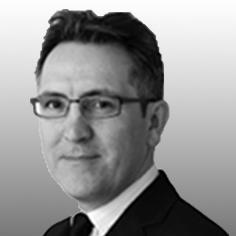 With huge advances in artificial intelligence (AI), how long will it be before the construction industry chooses to access legal advice from advanced computer systems via the internet or seeks to have its disputes decided by a robot adjudicator or judge?

This may sound far-fetched but who would have thought a few years ago we would have drones delivering the weekly shop and driverless cars? We have had computers capable of beating world chess masters since 1997 and the rate of technological advances is such that we are moving ever closer to computers that can mimic “cognitive” functions we associate with human minds such as “learning” and “problem solving”.

In June the Law Society Gazette reported that research conducted by the University of Liverpool suggests that a decision-making algorithm could be as effective at dispensing justice as a judge - at least in respect of a speedy and accurate review of a body of case law.

While such AI-based technology is still in its infancy, Richard Susskind has warned the legal profession in his book Tomorrow’s Lawyers (2013) that one day AI will so fundamentally disrupt the world of practicing lawyers that the profession will need to reinvent itself to survive. He has predicted from 2020 onwards that successful law firms will have converted their business processes from “human handcrafting” to increasingly sophisticated IT-based production. Notably, document review in litigation and basic contract drafting will be replaced by problem-solving technology which will out-perform junior lawyers both in accuracy and cost.

There are issues of principle, policy and morality to be considered

The recent judgment of Master Matthews in Pyrrho Investments Ltd vs MWB Property Ltd & Ors [2016] may hasten this revolution. The case has been cited as a ground-breaking endorsement of the use of predictive coding technology for disclosure of documents in court litigation. Predictive coding (also known as computer-assisted review or CAR) is an algorithm that learns why documents are being categorised in a certain way from a sample set which has been reviewed by a senior lawyer. The system’s learning is then applied automatically to the larger class of unreviewed documents to select relevant and disclosable documents without review by human eyes.

In Pyrrho, the judge approved the use of predictive coding to sort over three million documents for disclosure. In doing so, he provided judicial support for the view that in the right case the use of predictive coding may save costs and promote the overriding objective of the Civil Procedure Rules to deal with cases justly and at proportionate cost. Greater consistency in categorising documents is achieved by applying the judgment of a senior lawyer to the entire document set - potentially many millions of documents. This is to be contrasted with an expensive team of junior lawyers each applying their own set of judgments to the set of documents allocated to them for review. Master Matthews observed: “Even if all parties here were willing to entertain the notion of manually reviewing the documents, such a review is prone to human error and marred with inconsistencies from the various attorneys’ determination of whether a document is responsive.”

Anecdotal evidence from the litigation market suggests that predictive coding is already being widely used by UK law firms in international arbitrations. This is almost certainly due to the influence of US law firms who are more comfortable using predictive coding, it having been endorsed by the US courts since 2012.

With public and private businesses increasingly creating enormous amounts of electronically stored information, very soon the only feasible way to meet a party’s disclosure obligations will be to use some form of CAR.

UK lawyers in contrast have been slower to embrace CAR. This may be due to a general mistrust of technology but also due to a fear that electronic searches will result in the inadvertent disclosure of privileged or confidential information. Though the answer to this risk can be met by the parties agreeing a claw-back clause which ensures that each party has to return (and will not rely on) documents which it knows or should reasonably have known were disclosed inadvertently - as provided for in the TeCSA/TECBAR eDisclosure Protocol.

The reality is that most major law firms are either already using or starting to seriously explore the use of CAR for due diligence reviews in corporate transactions and regulatory investigations. The use of technology for basic contract drafting is following closely behind. But it is still a seismic leap for such AI-based technology to be able to provide sophisticated legal advice or judicial decision-making. There are also formidable issues of principle, policy and morality to be considered along the way.

So no robo-adjudicators or judges just yet. However, new technologies will undoubtedly continue to take-over the less skilled work of lawyers, leaving the profession to re-invent itself and work out how to best harness the capabilities of AI to sell its services and provide better value to clients.

Steven Williams is co-head of infrastructure, construction and energy at Nabarro and chair of TeCSA’s litigation sub-committee