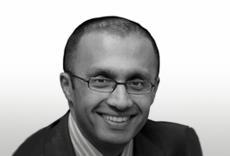 For many years it was thought that if an adjudicator reached a decision in breach of the rules of natural justice or in excess of his or her jurisdiction, the decision would be unenforceable in its entirety. This is because it was deemed impossible to separate the “good parts” of the decision from the “bad”.

In Cantillon vs Urvasco (2008), the court suggested that it might be possible to sever the bad parts of a decision and enforce the good, but there remained much uncertainty regarding whether, and in what circumstances, this would happen. While severability was possible, the safer assumption was that it would only be available in very limited circumstances. In the four years that followed, the principle of severability was discussed in theory on a number of occasions, but never actually happened in practice.

However, this all changed with two recent cases, in which the court revisited this question and severed parts of an adjudicator’s decision; allowing the remainder to be enforced.
In Working Environments vs Greencoat Construction (April 2012), the court found that, of the 12 issues referred to the adjudicator, two issues had not crystallised before notice of intention to adjudicate was given. Therefore the adjudicator did not have jurisdiction to decide those issues. However, the court was able to identify in the decision itself the specific sums awarded in relation to those items and felt able to sever those sums and enforce the balance of the decision.

More recently, in Beck Interiors vs UK Flooring Contractors (2012), the court reached its decision and gave some practical guidance on what makes a case suitable for severance. In this case, the adjudicator awarded Beck £19,763 for losses associated with completing subcontract works following UK Flooring’s repudiatory breach of contract, as well as £33,600 damages for delay.

The court held that the adjudicator did not have jurisdiction to decide the delay claim as an insufficient period of time had elapsed between Beck notifying UK Flooring of that claim to the date of the notice of adjudication. As in Working Environments vs Greencoat Construction, the court found that part of the dispute had not crystallised which again brought the question of severability into sharp focus.

In Beck the court emphasised that the notice comprised individual and separate issues, namely the claim for the increased costs of completing the subcontract works and the claim for delay damages. The arguments were presented in separate sections of the notice and the referral with separate evidence in relation to each issue. Most importantly, the adjudicator dealt with the issues separately in his decision and when he set out his award, he gave a breakdown showing how much had been awarded in relation to each issue. Therefore, the court had no difficulty in identifying what the adjudicator had decided in relation to each issue and it was therefore possible to separate the good and the bad parts of the decision. As a result, the court then held that this was a case in which severance could, and should, take place.

In summary, if the court cannot readily identify the individual issues within the adjudicator’s decision and the sums awarded in relation to each of those issues, and a challenge to one or more issues is upheld on jurisdictional or natural justice grounds, then there is a very real prospect that no part of the adjudicator’s decisions will be enforced. Much will depend on the drafting of the notice and the referral and the way in which the adjudicator is asked to express his or her decision.

Responding parties relying on jurisdiction challenges and in particular “non crystallisation” arguments cannot rest on their laurels following the judgment in the Beck case. When considering the prospects of successfully resisting enforcement, a responding party faced with a well structured adjudicator’s decision is now forced to approach the matter on the footing that even if its arguments succeed, the balance of the decision is likely to remain payable.