Brazil had seven years to prepare for the World Cup, but struggled to complete some work associated with the event on time. What could have been learnt from London’s handling of the Olympics? 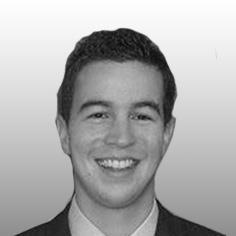 On 30 October 2007 Brazil won the bid to host the 2014 FIFA World Cup, giving them seven years to prepare for this prestigious and high profile sporting event. Fast-forward to the beginning of June 2014, less than two weeks before the tournament is due to start, and there are concerns that several stadiums remain incomplete, including the stadium set to stage the opening game, and that protests over the costs of hosting the tournament will spoil the party.

In most cases, construction of Brazil’s World Cup stadiums has needed to start from scratch in order to deliver the exceptional standards required. Despite this, no work actually began until the summer of 2010, allowing less than four years for the stadiums to be ready. The commonly held view appears to be that the organisers over-extended themselves by offering to build too many stadiums on top of renovating existing facilities. Indeed, projects totaling some $4bn (£2.9bn) are still yet to be finished.

Stadiums aside, promised improvements to infrastructure, necessary for both the smooth running of the event and to leave a lasting legacy, have also presented significant obstacles. For instance, local government officials in Porto Alegre had to be cajoled into passing a bill creating tax incentives for companies investing in building temporary structures around its stadium after organisers fell short on funds to build housing for fans and sponsors, or fulfil other FIFA requirements, such as upgrading telecommunications infrastructure needed for the media.

Elsewhere, unforeseen problems, including health and safety breaches, have contributed to the deaths of nine construction workers, with the threat of strikes from builders’ unions, potential regulatory fines and even further delays as a consequence.

All of this has contributed to the spiralling costs to prepare Brazil for the World Cup, with the most recent reported figures as high as $15bn (£11bn), including infrastructure costs. Public opinion in Brazil is at a low ebb, with strikes coming from various unions, including bus drivers and teachers, and all being linked to dissatisfaction about the costs of hosting the tournament.

With the first kick of the ball looming, the samba atmosphere starting to build and football fans the world over packing their sun cream and team shirts in anticipation, what lessons can other host nations of major sporting events, take from Brazil’s experience?

While the UK may not be able to teach Brazil about football, it delivered a great performance in successfully delivering the London Olympics 2012. The UK population may have been sceptical at first, and the games were not without drama before the opening ceremony, but ultimately the event was judged a huge success and it left a lasting legacy and positive feeling in the UK.

When London won the bid in 2005, plans were already in place for the construction of venues and the necessary infrastructure, meaning work could begin immediately and run over the course of a seven year programme to accommodate the scope of work required. Alongside the planning for the games themselves, the focus on the Olympic legacy helped win over the public’s scepticism as to the cost of hosting the games.

One area London also emphasised was health and safety; a dedicated head of health and safety was appointed and construction went ahead without issue in this respect. In fact, London became the first Olympic Games in history to record zero fatalities.

The result of all this was that over a week before the games commenced all the venues were open and ready for use. Whilst the cost of the games exceeded the bid stage estimate, the final cost was actually £528m under the original budget (set in 2007), costing a total of £8.77bn. One year after the games, a BBC poll found that two thirds of the British public believed it had been worth the expense.

It seems that the key themes for future host nations to take away from Brazil’s experience of the World Cup is that time is very much of the essence. Thorough planning and risk management is key and needs to be undertaken as early as the bid stage and continue throughout the project. This prevents unnecessary delays, costs, legal disputes and, perhaps most importantly of all, lead to positive publicity at home and across the world.

Ally MacKenzie is a managing associate at Addleshaw Goddard