The economy may be enjoying some near-term relief thanks to a majority government and the passing of the Withdrawal Agreement Bill, but the CPA’s latest forecasts expect construction output to decline marginally by 0.3% in 2020. 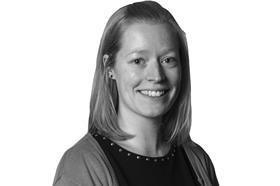 Construction is still suffering from the post-referendum drop in new orders, which reduced the pipeline of projects in commercial offices and industrial factories. At the same time, housebuilders are taking stock of the slowdown in the housing market and the falls in house prices in London and the South-east last year. The retail sector, meanwhile, is struggling against the headwinds of a rising cost base, adding to the dark clouds that have been building from the longer-term structural shift away from the high street towards ecommerce.

Infrastructure appears to be the one major sector taking the growth spotlight, with output forecast to rise 3.4% in 2020. Nevertheless, this compares with a more positive forecast of 7.7% this time last year and represents a steady slowdown in growth expectation over the past 12 months. It has become clear that ramping up main works on HS2 will not happen until the Oakervee review formally publishes its recommendations.

Although the CPA’s forecasts had already factored in delays – the “over time and budget” story being all too familiar in major infrastructure projects – it is political decision-making that will determine when we will see the uplift in rail and related construction that the industry has been anticipating for years.

Rebecca Larkin is a senior economist at the CPA