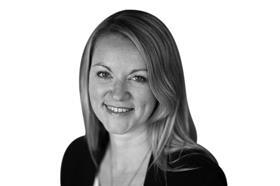 Big buildings are shrines to human progress. They symbolise strength, ingenuity and endeavour. But is bigger always better? The never-ending race to construct the world’s tallest tower says a great deal about how we view buildings.

Chiefly, it reveals a superficial obsession with size that neglects the primary function of buildings – which is to house and support the people who use them.

Big buildings are shrines to human progress. They symbolise strength, ingenuity and endeavour. Consider for example, the tale of two rival architects in 1920s New York City who battled to build the world’s tallest tower. William Van Alen was tasked with developing the Chrysler Building as a monument to the US car giant of the same name.

But he had competition – at the same time, an ex-colleague named Craig Severance was planning 40 Wall Street to meet the growing demand created by the city’s financial boom.

Neither man wanted to lose. When Severance received reports on the proposed height of the Chrysler Building, he would simply add more floors to 40 Wall Street.

In retaliation, Van Alen designed the elongated dome that would give the Chrysler Building its distinctive look – but his pièce de résistance was to build the skyscraper’s 185-foot spire in secret within the structure’s core. Eventually, the Chrysler Building would reach 319m, beating its rival by 37m.

Not that it mattered. The Empire State Building emerged just 11 months later and held on to the title of “world’s tallest building” for nearly 40 years.

Indeed, Leesman’s latest research suggests size alone doesn’t determine whether a building adequately supports an employee’s experience. Since 2010, we’ve been investigating what people do at work and how well their working environments support them.

This mission has allowed us to develop the Leesman Index, a global benchmark that now comprises more than 500,000 employee responses.

In 2018, we wanted to uncover the workplace strategies that underpin the highest-performing buildings on the index – a group we call “Leesman+” – so that we could build an even more comprehensive picture of what it means to deliver an exceptional employee experience.

We did this by measuring the Leesman survey data on the 28 workplaces that were awarded Leesman+ certification in 2018 against additional information such as size, density and desk-sharing ratios.

Size in the 2018 Leesman+ cohort varies significantly. The smallest workplace in the study has an internal area of roughly 900m2, while the largest spans 35,000m2.

Notable differences do, however, begin to emerge when the data is broken down regionally. The Leesman+ buildings located in North America tend to be big and spacious, with an average density of 18.4m2 per person.

Conversely, the high-performing buildings in Asia are smaller and more densely packed –  every workplace in the 2018 Leesman+ study that offers less than 8m2 is located in the region. This suggests that size might not matter, but expectation does.

High-performing buildings in Asia are smaller and more densely packed

North America is a region famed for its love of everything supersized, from big trucks to the great outdoors. Asia, on the other hand, contains 10 of the most densely populated cities on Earth. Interestingly, the data is yet to indicate whether it’s possible to provide an exceptional employee experience in the US with a densely packed workplace.

Of course, size is really about our concept of space – but even in this regard, the 2018 Leesman+ buildings differ. The most dense workplace in the study offers just 5.1m2 per person, while the most spacious comes in at 28.6m2 per person.

c. For example, the 2018 Leesman+ workplace that scores highest when it comes to “space between work settings” is less densely packed – by 1.5m2 per person – than the workplace with the lowest satisfaction in this area.

Ultimately, our latest study reaffirms a point that we’ve been hammering home since Leesman began investigating the employee experience within buildings nine years ago: creating great workplaces begins and ends with understanding the people who use them, their expectations, needs, preferences, and especially their activities. Unlike the accolade of “world’s biggest building”, this is a strategy built to last.