Exclusivity or lock out agreements are becoming increasingly common. But what are the benefits and why are they so popular all of a sudden? 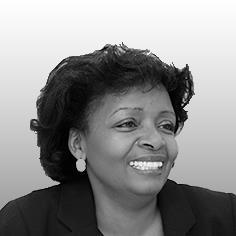 I have seen an increasing number of exclusivity agreements or lock out agreements in the past six months. It is interesting to examine just why they are being used more by sellers and buyers and what advantages and disadvantages they bring.

An exclusivity agreement is a formal agreement or deed in which the seller gives to the developer a period of time within which only that particular developer will be allowed access to the information relating to an agreed transaction. It is usually an agreed timeframe in which to enter into a formal contract for the purchase of a property at an agreed price. If development proposals and appraisals are being worked up, it gives a period of time for this work to be completed. The period might also be used to get a head start if planning permission is awaited, as if a favourable planning consent is obtained there will automatically be more competition for the site. From a seller’s point of view, it sets out an agreed timetable for the exchange of an agreement to purchase and a timetable to completion.

It offers a real advantage if the seller has a limited amount of time in which to sell, particularly if it is able as part of the process to extract “hurt money” - an additional premium payable to the seller if the transaction does not go ahead - from the developer, as well as a contribution to costs. It also provides the seller with an initial view of the developer, helping them assess just how it will perform on the transaction and also whether it is a serious contender for the transaction.

The seller also gets an opportunity to negotiate with the developer to recover some or all of its abortive costs if the transaction does not go ahead. This is particularly valuable, as the seller is formally tying up its property for an agreed period with no guarantee
that the developer will ultimately purchase the property, and will also be incurring legal and other costs to get the sale up and running.

From the developer’s perspective, exclusivity agreements give it the security of knowing that, for a given period, it has fought off the competition for the property and, if it is satisfied with the results of its due diligence, it can proceed to purchase the property at the agreed price within the agreed timeframe. Nothing will change during that period so, for example, the developer will not be hit with a price increase or substantial change in terms.

There is some certainty within which the developer can proceed and plan the viability of the project. The disadvantages are, however, centred around the costs of the transition. Entering into an exclusivity or lock out agreement is not as straight forward a process as most people would anticipate as, very early on, a decision has to be made about the scope and extent of the transaction.

The seller may resist this approach as it will also be front loading costs, but if the seller is confident about the quality of its product, this should not be a real concern. The seller is, however, likely to require some protection on costs if the developer decides not to go ahead – the seller will want to protect against a change of mind rather than a real defect uncovered by the developer.

So why have exclusivity agreements returned to favour in the present market? In certain locations and uber prime areas there is now a real shortage of good product, so when a property comes to market there is a great deal of competition for those properties.  Developers are also increasingly reluctant to spend their due diligence cash unless they are sure that they have a clear run to buy the property within an agreed timeframe.

The outlook for the UK property market remains good, as evidenced by the Deloitte Property IQ report which said that “for overseas investors London remains an attractive location for their cash”. The key dynamic would appear to be foreign investors who were not at all deterred by the election uncertainty, which did affect some of our domestic investors. Growth has also been found in some regional areas, such as the West Midlands, Scotland and Manchester, so there is still much competition for properties coming to the market. The expiry of the residential permitted development rights from office to residential has also fuelled an already very hot residential development market. I therefore think that until there is some cooling in the market, exclusivity and lock out agreements are definitely here to stay. The key for investors and developers is to make sure that they obtain proper advice and guidance before these are entered into to ensure that their interests are properly protected at this very early stage.