Foresight sagas: construction has an immense challenge on its hands in 2019

As we enter one of the most turbulent, uncertain years in our nation’s history, who would be brave enough to predict what’s in store for construction? Well, here goes… 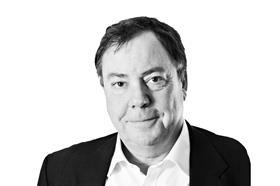 This year promises to be one of immense challenge for all of us working in the built environment. It does not matter where you are based or what you do, the issue is one of confidence and whether we will see the UK market bounce back against an uncertain and unpredictable economic situation.

Brexit is at a critical stage and as you read this we are about to see parliament pronounce on any one of a number of options. Nobody except a select number of zealots or attention seekers really thinks that a “no-deal Brexit” outcome works. Last year I pointed out to Greg Clark, the business secretary, that Brexit had sucked confidence out of the market and it was costing us all money. This is nothing compared to the consequences that a no-deal Brexit would have, with draconian tariffs on raw materials, unwanted immigration curbs and a plummeting pound. Who wants to commission projects against that background?

I do not think we will head down that route, but anything is possible.

Looking ahead to 2019 in construction: it’s not all bad

In the past, the public sector has often been the salvation of the construction sector and I see expenditure in health, education and transport being increased by a government struggling to provide any sort of good news this year. However, I also see a great deal more scrutiny by the National Audit Office on these projects, with HS2 and Crossrail particularly being put under the spotlight. The government will be looking for firmer cost controls but it will not be helped by the plight of contractors that are finding it difficult to get a sympathetic ear from lenders. If contractors are forced to close, then supply and demand means that those that are still around will not settle for 2-3% margins any more. The government will have its work cut out trying to keep control of costs.

The legacy of the failure of oversight of Carillion has affected the views of banks and auditors. I predict there will be more government intervention to help out those major contractors that find themselves struggling with cash flow. There is no way that firms whose accounts fail to be signed off by over-cautious auditors will be supported by the banks that will become more risk averse in 2019, not less. Providing there has not been financial mismanagement, it is surely in the UK’s interest to help these firms in the short term.

2019: The completing projects to look out for this year

Projects will continue to happen of course but they will increasingly be re-purposing or refurb schemes rather than new build and they will take some time to bring over the line, with clients wanting opt-outs and de-risking in a nervous market. Housebuilding is one area that will plough on in spite of flat-lining prices. It is interesting however to see that the Office for National Statistics’ projections for housing need over the next 25 years has been revised downward to 159,000 new homes per year from its previous estimate of 210,000 in 2014. The changes reflect a slowing birth rate, a reduction in migration since the Brexit vote and a further predicted fall if we leave the EU. Also, there are a growing number of people living with parents or friends because of a lack of affordable housing. It is still true that we need a vast increase in housing stock to keep up, but this may be the year in which the nebulous figure of 300,000 new builds per year gets revised by the government.

It is still true that we need a vast increase in housing stock to keep up, but this may be the year in which the nebulous figure of 300,000 new builds per year gets revised by the government

In 2019 we will continue to see a focus on the planning system as we get to test the veracity of the new National Planning Policy Framework announced last year. Much more power was divested from central government and given to the regions. I am not hopeful that this year will see any more linkage between the requirement for enhanced housing provision and money set aside for more schools, clinics, transport links and general infrastructure spending to support the new homes. This is an ongoing failure of the system.

Finally, for those of us in consultancy, I think 2019 will be the year of the millennials and centennials (those below the age of 30). No matter how tough it gets, these men and women are the future of our industry and they are beginning to flex their muscles. Research from Deloitte shows that they are a well-educated group with a strong moral compass who are not afraid to question. They want the right remuneration, absolutely, but they are also motivated by “softer” issues. If they find that the mission statement and brand values mentioned at interview are just fantasy copy on a misleading website they will not be around for long.

This may well be the year when organisations working in the built environment that want to keep their staff find that their corporate social responsibility policy will became as important as their business statement. In other words, 2019 will become the year when the soft issues gain parity with the hard.