Hansom: Crazy for you

A Ferris wheel causes a little too much excitement, the Rolling Stones turn a bunch of industry greats into budding fanboys, and a new book reveals the psychopathic secrets of chief executives’ success

I’ve read some eyebrow-raising stuff in my time, but the chief executive of the firm behind a planned Ferris wheel in Newcastle is throwing his hat into the ring for the prize marked “foaming hyperbole”. Speaking about the proposal, World Wheel Company’s Phil Lynagh said: “This is without doubt one of the most exciting investment and regeneration projects in the UK, if not the world.” Really? Or should that be wheely?

One of my hacks was chatting with Sellar’s new construction boss recently when talk turned to the Nova building in London’s Victoria. Paul Flexney-Briscoe was in charge of the job for developer Landsec. “It won the Carbuncle Cup,” he said with a smile. My hack didn’t have the heart – or the nerve – to tell him that architecture’s booby prize is run by my chums at Building’s sister title BD.

The late and great

It seems tardiness is par for the course on anything to do with big infrastructure projects. Heathrow, Crossrail 2, Hinkley Point C – you name it and the word “delay” runs through it like a stick of rock. Sir John Armitt, construction guru and the man who now heads up the National Infrastructure Commission, is fed up with it all. They’ve all taken far too long to get going. He’s right, of course, but this lateness bug is catching: a first ever report from the NIC into how the country’s infrastructure needs should be addressed is set to be published seven months later than originally planned.

We’ve all seen former senior executives of Carillion being royally skewered by MPs and the media for overseeing the demise of the multi-billion-pound firm after, allegedly, putting personal gain before the greater corporate good. Which made me think of a book I’d read recently, The Wisdom of Psychopaths: What Saints, Spies and Serial Killers Can Teach Us About Success, by psychologist and writer Kevin Dutton. The tome lists the top 10 careers to attract those with psychopathic tendencies and up to a point it’s a fairly predictable list. Journalists are ranked sixth, above chefs, civil servants and – bizarrely – members of the clergy. Lawyers are ranked at number two, but in the top slot for jobs most likely to lure the psychopathic? Yup, chief executives.

While MPs cracked down on Carillion bosses, they didn’t escape criticism themselves in relation to the inquiry into the collapse. The CBI labelled the inquiry findings “knee-jerk” and “irresponsible”. In response, inquiry co-chairs Rachel Reeves and Frank Field have asked CBI director-general Carolyn Fairbairn to contribute the CBI’s views to the inquiry. They wrote: “We were interested in the CBI’s media comments on the report and would like to invite you more formally to respond to the conclusions and recommendations.” Now that’s what I call taking the high road.

What is being billed as Ireland’s largest penthouse is being marketed with a pricetag of €7.5m (£6.6m). Anyone with that sort of spare cash has been told the 7,700ft2 scheme at Dublin’s Lansdowne Place will get them views over Dublin Bay and also of … the Aviva stadium. I’m not sure being able to gawp at the outside of a football and rugby ground is that much of a selling point. 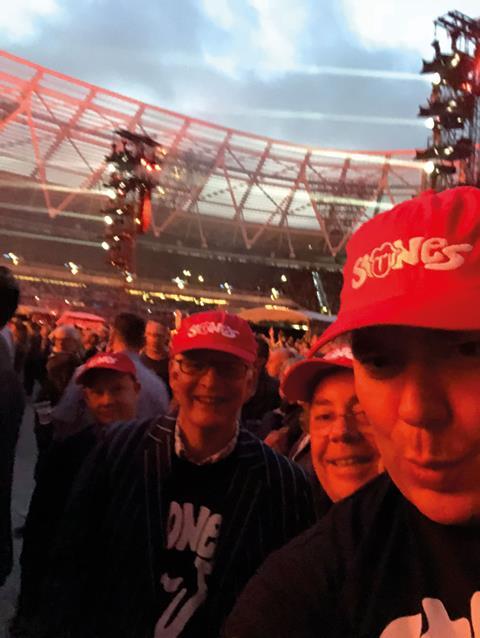 To the London Stadium for the Rolling Stones concert, where the Oldest Swingers were in town. What – Mick, Ronnie and Charlie, I hear you cry? No, but Building’s editor-in-chief Tom Broughton out with Gleeds chairman Richard Steer and Gherkin architect Ken Shuttleworth. I hear that the evening was going splendidly well until Steer emerged with the bright red Stones caps and T-shirts, and Gleeds’ pint-sized PR man, Julian Barlow, disappeared halfway through the evening only to be spotted crowd-surfing at the front…