The sector is on the up but we’re not building enough to solve the housing crisis. What obstacles does the planning system present and how do these vary around the UK? 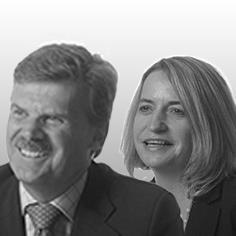 The housebuilding industry is publishing upbeat news on rates of reservations and forward sales. This progress has been assisted by government initiatives, particularly Help to Buy and Help to Buy 2 (announced this month), and is good news for the economy and the industry.

However, targets of 200,000 new homes a year suggested by the government to meet demand are likely to be missed by a significant margin. What then are the salient issues concerning the delivery of housing through the planning system?

Firstly, it is important to consider whether the government’s commitment to localism facilitates delivery. Many would say no. The system remains plan-led and many authorities still do not have up-to-date local plans in place. Localism does not leave authorities free to control housing supply: the National Planning Policy Framework (NPPF) requires them objectively to assess and meet housing needs. But there is unhelpful uncertainty, evidenced by numerous appeal decisions and court cases, as to how such an objective assessment should be carried out. At the same time, many authorities are grappling with the consequences of the new tier of neighbourhood plans, promoted by organisations with varying approaches to development and growth.

Talk of the ‘bubble’ ignores static house prices outside of London

In bringing forward their plans, authorities now have a duty to co-operate with neighbouring authorities. Whilst there is uncertainty as to what the duty actually requires, a number of local plans have been rejected for failing to pass this test. The duty was intended by the government to fill the void left by the abolition of regional planning, but it is highly unlikely to achieve that aspiration any time soon. The result in many areas is an unhelpful lack of strategic direction for housing growth.

Planning is deeply political. Although a generality, more local authorities in the north of the country tended to have a political will to be “pro-growth”, and that appetite appears to remain as housing growth is seen as a way of stimulating the local economy.

However, the NPPF and ability to push through schemes on appeal in the absence of a demonstrable five-year housing land supply has presented pockets of opportunity in the north and the south. Tales abound of local politicians who would rather continue to refuse NPPF-compliant schemes and lose on appeal, than drive through difficult and unpopular decisions for the allocation of housing through a local plan. Yet there are also stories of authorities determined to take control and work with developers toward the early submission of an application.

The time it takes to obtain planning permission is variable. Indeed, finding out how long the planning process truly takes is not easy. Pre-application discussions, which are not measured, can now take longer than actual determination. Major schemes in London may consequentially appear to move swiftly through the system but in reality they do not. Outside London, determination periods vary widely, exacerbated by huge differences in political approach to growth, authority skills, resources and, as explained above, the emerging impact of localism. Such delays can cost.

Developers throughout the country can still struggle to make schemes stack up. Why? Basic cost to value. Values outside London tend to be lower, and authority requirements do not always reflect that. Payment of community infrastructure levy (CIL) and section 106 contributions, compliance with local policy requirements relating to standards, exemplar design and high levels of sustainability all come at a cost.

Authorities outside London may also deal with fewer major developments and can be inexperienced in development economics and prioritising need. Difficulties remain as to what constitutes the “competitive returns” to developers and landowners required by the NPPF.

The papers are full of stories of a house price boom - not to mention the “bubble” in the South-east. The reality is that the house prices increases in several London postcodes are skewing the statistics. Talk of the “bubble” ignores static houseprices elsewhere in the country and, more significantly, notably fewer housing starts.

Achieving housing growth outside London requires local authorities to engage constructively with housebuilders and landowners on scheme viability and delivery. Furthermore, those same authorities would benefit from stronger strategic support at a regional or cross-authority level on the preparation of their local plans, and on taking decisions as to how best to meet major housing need.