Look past the politics to Lyons Review details

On the face of it, Labour are the first party to produce a comprehensive plan to increase housebuilding 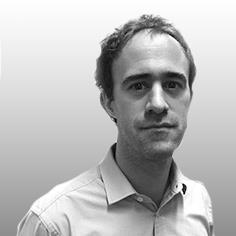 Given some of the rhetoric to emerge from Labour recently, it’s perhaps not surprising that some housebuilders are, behind closed doors, a little suspicious of the party’s proposed policy prescription for the sector, contained in last week’s Lyons Review.

Via leader Ed Miliband, and a party political broadcast on the eve of last month’s party conference, Labour has repeatedly berated housebuilders for deliberately landbanking - restricting land supply in order to boost house prices - while the party’s more moderate voices, such as shadow housing minister Emma Reynolds, have been left to belatedly mend fences with the industry.

It’s not hard to imagine that it is a short step from accusations of landbanking, to putting major housebuilders in the dock alongside energy companies as the type of “predatory” capitalists that Miliband’s Labour is so keen to clamp down on.

Landbanking is an incredibly complex issue. While it is not so simple as the Home Builders’ Federation’s outright denial that it ever happens, it remains the case that the business model of housebuilders, with its focus on capital turn, tends to discourage it. Rather it is the land-traders and speculators that are guilty, if any. It is ever the way that where policy enters the realm of high politics, important details tend to get trampled over in the rush to find useful soundbites.

But don’t let the political furore distract from the reality of Lyons’ report. Ultimately, Labour can now rightly claim that it is the only party to have produced a comprehensive roadmap for increasing the rate of housebuilding that everyone agrees is so necessary. It is worth a look.