Note to developers: if you are aware that a low-bidding contractor has financial issues, it is better for you, and the struggling contractor itself, just to choose another one 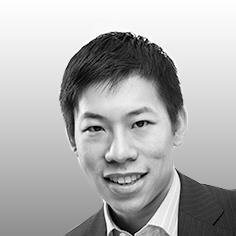 Lee Iacocca, who transformed the US car maker Chrysler’s fortunes a few decades ago, once made the remark that people wanted economy and would pay any price to get it. This came to mind not long ago when a friend asked me to consider the situation he found himself in. A successful developer, his company had tendered a large project to a few contractors. One bid had come back far lower than the rest. There was just one hitch. This contractor’s finances were shaky. Even so, he was inclined to accept.

Now, lowest bid pricing strategies are hardly rare. What he was interested in was the practical hazards of appointing a contractor in potential economic difficulty, and the steps that could be taken to ease them.

Experience informs us that a contractor with financial problems is apt to underperform. It may fail to allocate sufficient labour for the project and more defects may result than usual. Build and design quality can play second fiddle to cost compromises. At the same time, the employer may receive a significant number of debatable claims for additional time and money.

Most palpable is the concern that the contractor becomes insolvent before it finishes the works. This typically leads to substantial time and cost overruns. Lateness weakens profit and may cause a breach of obligations owed to third parties, such as purchasers and tenants.

Experience informs us that a contractor with financial problems is apt to underperform … At the same time, the employer may receive a significant number of debatable claims for additional time and money

Being able to retain the contractor’s subcontractors may lessen any delay. This will depend on the extent to which the employer can take over their contracts or persuade them to enter into new ones. But they are often owed money by contractors and require payment to come on board.

They may dispute title to materials that the employer has already paid the contractor for. This can create another headache because any payments made to them by an employer could comprise a preference under insolvency law and be set aside by a court. Reaching a settlement with the contractor’s administrator or receivers should offset this risk.

Then there’s the question of how to get a new contractor on board to complete the works. Prospective tenderers are less keen on unfinished projects, which are harder to value. Employers have sometimes opted to shoulder more risk and construction-managed the works to completion. It’s also possible that the administrator finds a buyer willing to acquire the construction contract. Whichever option is taken, approval from affected third parties may be required.

While standard forms generally allow the employer to recover costs from insolvency, these are unlikely to be fully recouped from the contractor. So employers are left looking at retentions and other forms of performance security such as bonds and guarantees. These should be checked carefully.

If insolvency can be averted until after practical completion, then the situation becomes rosier - unless major issues subsist. Should there be any snags or defects there is unlikely to be suitable recourse against the contractor; this, in turn, may reduce a development’s selling price.

There are, of course, many developments where the contractor has run aground partway through but which still complete roughly on time and on budget. It’s also possible that an insolvent contractor could continue to carry out the works satisfactorily, perhaps with assistance from a lender. This, however, tends not to be the norm.

So can these risks be ameliorated? Employers can keep an eye out for danger signals. They can observe how the contractor performs on site. An ear to the ground is useful: unhappy subcontractors, suppliers or employees are among the first to reveal an insolvency. Credit checks, management accounts, Companies House and court records can help but often unearth information when it is already too late.

Employers can demand higher levels of performance security, longer payment periods and even that the subcontracts are entered into between the employer, contractor and each subcontractor to enable the latter to be paid directly. Ultimately, though, these measures can heap more pressure on a struggling contractor. Such is the pain involved, no employer should ever chance having an insolvent contractor.

If a tenderer is at risk of bankruptcy, select another one. This is what my friend did.