Nigeria: Too big to ignore?

Nigeria is expected to become Africa’s largest economy by the end of the decade. Here’s what you need to know about doing business there 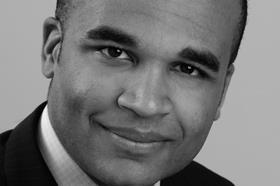 With a population of 160 million, an expanding middle class, an active and increasingly sophisticated banking sector and consistent GDP growth of more than 6%, the Nigerian economy is expected to replace South Africa as Africa’s largest economy by the end of the decade. Nigeria’s construction industry is reported to be growing faster than that of India and has been identified as a “global hotspot from now until 2020”. Although the Nigerian market may attract positive and negative publicity in equal measure, its size and business potential are undeniable. Just how business-friendly is it?

Nigeria is the largest African recipient of foreign direct investment, encouraged by an investor-friendly legislative framework. A 100% foreign-owned company may carry on business in Nigeria on the same basis as a Nigerian-owned company, and the repatriation of dividends and capital is unrestricted. However, there are still hurdles to be cleared by foreign investors.

A foreign investor generally has to invest through a limited liability company incorporated in accordance with the Companies and Allied Matters Act 2004 (although the Act does have some exemptions, which include engineering consultants or technical experts working on specialist projects under contracts with state/federal government). After incorporation, the local company must be registered and a “Certificate of Registration of Company with Foreign Participation” obtained. A business permit is also required.

Nigeria’s Minister of Trade and Investment recognised the need for more encouragement of foreign investment in a recent address - “Reforming Nigeria’s Investment Climate”. This announced a reform programme directed at easing the regulatory burden and improving competitiveness. Target areas include business registration, construction permits and the enforcement of contracts.

Bribery and corruption are significant issues in the Nigerian market, with Nigeria currently ranked 143rd out of 183 in the Transparency International Corruption Perceptions Index 2011. This has been identified by the government as a priority, and significant steps to address corruption are under way. US secretary of state Hillary Clinton recently said that Nigeria’s future is “limitless” if the country’s anti-corruption reform efforts continue.

Public contract awards are governed by the Public Procurement Act 2007 and associated rules, administered by the Bureau of Public Procurement. The Oil and Gas Industry Content Development Act 2010, which applies to all operations in the Nigerian oil and gas industry, including exploration and production/service companies, seeks to increase indigenous participation in the industry, setting minimum thresholds for use of local goods and services.

Nigeria is a federation, with a federal court system in addition to the separate courts of each of Nigeria’s 36 states. For commercial disputes, the Lagos State judicial system is the most important.

The Nigerian legal system follows the common law model. Many fundamental contract law principles are borrowed from English law and, in the absence of relevant Nigerian authorities, Commonwealth decisions have persuasive weight.

The Nigerian authorities are keen to promote ADR, particularly for commercial contracts. At federal level, the 1988 Arbitration and Conciliation Act is based on the UNCITRAL Model law. In Lagos State, the May 2009 Arbitration Law provides a modern arbitration framework and applies to all arbitrations with Lagos as the seat (unless expressly agreed otherwise). There are plans to harmonise the ACA with the Lagos Arbitration Law.

The Lagos Court of Arbitration, which is expected to begin functioning soon, aims to promote further the resolution of disputes in Lagos State by arbitration and other ADR mechanisms. It will provide administered arbitration proceedings, have the power to establish an arbitral tribunal and maintain a panel of arbitrators, mediators and other experts.

Nigeria ratified the New York Convention on the Recognition and Enforcement of Foreign Arbitral Awards in 1970, and the Nigerian courts have a long-established record of enforcement of awards under the Convention. Bilateral investment treaties are in force between Nigeria and ten other countries, and the treaty with the UK (in standard format) provides for the determination of investment disputes between investors and the Nigerian government by arbitration under the auspices of the International Centre for the Settlement of Investment Disputes.

Despite some negative publicity, Nigeria’s construction and infrastructure sector is proving lucrative for an increasingly diverse range of foreign investors, and is simply too big to ignore. Could it be that those who most actively circulate the scare stories about Nigeria are actually happily operating there, but would like to keep this booming market to themselves?