Clearly Northern Ireland’s scheme was open to abuse, but any incentivisation policy has to be carefully designed to balance attracting investment against cost to the public purse 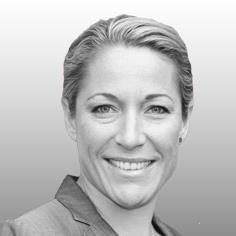 Who would have thought that green energy policy could be the cause of Northern Ireland’s biggest political scandal in years? Yet following the deputy first minister’s resignation in protest over the botched Renewable Heat Incentive (RHI) scheme, and the launch of a public inquiry into the scandal surrounding it, it’s timely to consider why the policy failed, and understand what makes for a sound policy implementation process.

Under the rules of the power-sharing agreement in Northern Ireland, Sinn Fein’s refusal to appoint a replacement deputy first minister has triggered the collapse of the Executive and a snap Assembly election.

The RHI scheme originally offered a financial incentive for businesses and other non-domestic users to install renewable heat technologies on their premises. But the scheme was open to abuse, with subsidy payments higher than the cost of the fuel, and no upper limit to the amount that could be claimed – users could earn more money simply by burning more fuel. Unscrupulous property owners were able to profiteer by heating buildings that had no need to be heated, and it is reported that one farmer was aiming to collect £1m over 20 years by heating an empty shed.

The legacy of the scheme is currently set to cost the taxpayer around £490m over the next 20 years.

So what are the key ingredients to a good policy framework?

In complex areas, such as green energy incentives, policy-makers are often faced with what social planners refer to as ‘wicked problems’

Getting policy right is often a drawn-out process, and acknowledging this is the first step to achieving a workable solution. Whether the civil servants are sitting in Stormont or Whitehall, they’re not going to be able to ‘crack-it’ alone; a consultative approach involving industry and other stakeholders is essential for a rounded solution.

In complex areas, such as green energy incentives, policy-makers are often faced with what social planners refer to as ‘wicked problems’. Wicked problems typically don’t have solutions that are right or wrong, rather they give rise to solutions that themselves can cause other unforeseen problems, and they tend to be symptoms of wider intractable problems - in this case: climate change.

It should be clear from the outset that the policy’s aim is to stimulate and support growth of the market, with a view to eventually winding down once technological advances come online and the commercial infrastructure is in place to make the economic case for the technology stack up on its own.

It should also be obvious that the policy is intended to address existing energy use, not add to energy consumption; hence the importance of asking: are you creating energy demand by doing this or replacing existing demand?

Subsidies can be effective if they are limited, either by time or a financial cap, rewarding firms willing to be amongst the first to take up the deal with greater financial benefits

Supply chain regulations, including monitoring and verification processes, are essential to ensure that the policy is delivering what is intended. We’ve seen success in this area with previous schemes such as the ill-fated Green Deal where assessment methodologies were embedded alongside the scheme and there was a clear accreditation scheme for installers and assessors. On the flipside, consumer protections must be in place to ensure high quality standards are maintained, and foster consumer confidence.

Financial mechanisms are the cornerstone of any incentivisation policy. But to be effective, they must strike the right balance between making investment attractive, and minimising long-term cost to the public purse. It is important to prioritise minimising the initial outlay for the consumer; the Green Deal did this through a pay-as-you save mechanism that allowed for the savings from household bills to be used to pay for the energy efficiency measures that created them. Subsidies can be effective if they are limited, either by time or a financial cap, rewarding firms willing to be amongst the first to take up the deal with greater financial benefits, with the subsidies ratcheting down as uptake increases and the cost of the technology decreases.

Timescales are vital in providing long-term certainty and stability to industry, giving companies the confidence to invest and upskill their workforce to deliver the change that the policy is designed to drive. Commercial Minimum Energy Efficiency Standards (MEES) are a great example of this approach being taken. The principle of MEES was first introduced back in 2011, with the rules not coming on-line until April 2018. This long lead-in time has provided welcome certainty to businesses, and increased the positive effect on large parts of the industry, because they know it’s coming - and this is what creates the market.

Above all, for new policies to succeed we need faith in government not to remove ‘certainties’ and damage industry confidence. There is a fundamental difference between policy stability and political stability. In particular, it is vital that policies that are essential to decarbonising our economy and tackling climate change are not used as political footballs. We must secure cross-party support for policy interventions that will future-proof the wellbeing and productivity of future generations.