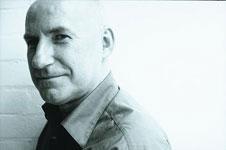 The Olympic venue buildings seem to be dogged with “issues”. The stadium does look a bit “mean” and can’t convert well to its next use while Zaha’s aquatics centre will convert well, but looks a bit of a dog’s dinner for the Games.

But not so Hopkins’ velodrome. It is a wonder of elegance, simplicity and economy of form and stands out like a thoroughbred among a field of mongrels, unsullied now and unmolested in the future. Cycling is a simple sport with riders on their high tech bikes swooshing around the track until the last climatic rush to the finish. The building expresses this and you get it “in one”.

I hesitate to condemn anything by Anish Kapoor as a blunder, but the truth will out

The timber clad enclosing wall is like the track itself bent up and stretched to form the building. The cable tension roof, with shades of Kenzo Tange in Tokyo, could not, visually, be more from less.

Add to this the rumours that the walls are polished with rhubarb and it’s a timeless form with eccentric maintenance requirements - fantastic.

I hesitate to condemn anything by Anish Kapoor as a blunder, but the truth will out. I admire Kapoor’s work; his Yves Klein inspired pigment pieces, his cool polished reflective spheres and even his cannon firing wax machine, which was great fun.

Cecil Balmond, his long time collaborator, is about the cleverest structural engineer around. Together they’ve done some great stuff like the astonishing tour de force of Marsyas at the Tate Modern’s Turbine hall.

But this time they’ve pulled off not their usual triumph but an embarrassing turkey. Ugly, contrived and meaningless the ArcelorMittal Orbit has no redeeming features, except the recycling potential, and is an unfortunate symbol for our “legacy games”.

Maybe it’s just too clever, maybe Balmond’s ability to make impossible structures work led them down an indulgent path to this weird but not very wonderful piece of ironmongery. Or, maybe I’m biased; I’d have like to have seen the Skylon rebuilt in its place - at a fraction of the cost. 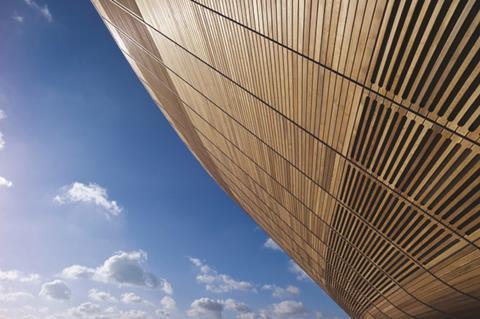 Hopkin’s velodrome was the first Olympic venue to be completed. It is a 6,000 capacity area that will host the cycling events and has been nicknamed the “Pringle” because of its distinctive double-curved roof. Contractor ISG worked on the project, which involved working round the clock to complete the cablenet roof.

The controversial ArcelorMittal Orbit was designed to “arouse the curiosity and wonder of Londoners and visitors” in London mayor Boris Johnson’s words. It is made from a single tube that wraps around itself into a complex form, with a viewing platform 80m up. Sir Robert McAlpine was main contractor with Arup acting as principal designer.