Payless notices: Is it crystal clear?

Are late interim applications, the status of payless notices and conditions precedent for levying LADs giving you sleepless nights? Fear not - a recent judgment has provided guidance 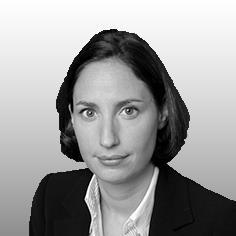 The status of interim applications issued a few days late, the basis on which an employer can elect to “pay less” than the sum certified and whether an assessment of time due to the contractor is a condition precedent to levying liquidated damages: these are the kind of issues that keep contractors and employers (not to mention their lawyers) up at night.

Here, Henia, the employer, entered into an amended JCT contract with Beck, the contractor, for fit out and new construction works. The original contract sum was just under £4m and completion was set for 5 September 2014.

The contract provided that:

Unfortunately, the project did not go to plan: the works were delayed by over 11 months, leading the contract administrator to issue a non-completion certificate and costs spiralled. Beck issued a payment application which Henia disagreed with and so Beck referred the matter to adjudication.

In the meantime, Henia issued Part 8 proceedings which resulted in Mr Justice Akenhead having to decide which applications, notices and certificates were valid and effective in circumstances where:

In considering this muddle of administration and missed dates, the court held in favour of Henia. Key points arising from the judgment include:

In conclusion, the key lessons for contractors and employers are: