Securing our future – how to fix the pension system

The UK pension systems is broken – expensive and benefiting only the largest companies and public sector employees. Colin Harding suggests how to change that 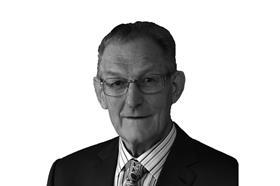 The recent collapses of Carillion, BHS and other defined benefit pension scheme employers have exposed the fundamental flaw in the Pension Protection Fund’s compensation scheme: the way it was designed means it is failing members of smaller schemes.

In 2004 the newly appointed chief executive of the Pension Protection Fund (PPF), David Norbert, attended a CBI Pension Panel meeting to present the Department for Work and Pensions’ proposal for a “full ABTA style 100% protection scheme”, covering members of all defined benefit schemes. I was present as the lone SME representative on the panel and also at the key pre-meeting before Norbert arrived.

At that meeting, representatives of some of the largest UK companies and pension providers made it clear that they, like the public sector, regarded the generous but incredibly expensive defined benefit pension system as a key factor in attracting and retaining the best employees.

As they would be paying the largest proportion of the funding levy (based on total value of fund), the UK’s largest businesses didn’t see why they should “subsidise” a scheme that would only benefit the members of smaller competitors and that their own employees would never need – believing (14 years ago) they themselves were too big to fail. How are the mighty fallen!

The condition therefore imposed on the CBI agreeing to the creation of any government compensation scheme was that the terms of the scheme should act as a “disincentive to smaller companies making claims against the fund”, in the words of one CBI pension panel member representing large firms and  pension providers. So the CBI Pensions Panel voted not to accept the comprehensive ABTA style proposals by 28 votes to my one and Norbert was dismissed to come up with a more acceptable alternative.

The resulting PPF compensation terms mean that some members of distressed schemes will receive only 90% of their basic contracted benefits, and the most valuable part of everyone’s pension – inflation linking – is excluded from all PPF seconded schemes. In addition, distressed schemes are subjected to an incredibly adversarial nit-picking examination of company directors and trustees actions, as well as individual accounts of all members, often taking two to three years and wasting up to one-third of the residual funds.

I believe smaller private sector enterprises and their employees are facing a significant challenge from the public sector and CBI global companies working together. Research by the Taxpayers Alliance has found that public sector pensions are worth (and cost taxpayers) three times that of private sector employees. The majority of the competitive private sector cannot match that level of extravagant expenditure.

We need a pension system that is designed to deliver inflation-linked benefits up to two-thirds of final salary at half the cost of current defined benefit schemes. To achieve that means abandoning the 19th and 20th century principle of purchasing insurance annuities on retirement and instead, drawing down the invested funds to pay pensions on a monthly basis.

The medieval principle of trusts and trustees in the ownership and management of scheme members’ funds must also go. An entirely new model will be needed to deliver these 21st-century benefits. My working title is “universal workplace pensions” (UWPs), designed to equitably share the maximum resources the economy and business can afford between all employees in the public and private sectors, as well as the self-employed.

The first step would be to create a UWP administration board responsible directly to the Privy Council – so, clearly independent of government (including HMRC) – to manage and supervise the scheme, taking party politics, public sector bias and CBI influence out of all workplace schemes. UWPs would be direct contractual arrangements between savers and pensioners, and the UWP board.

They would be funded by employers and employees (as they are now), based on percentages of annual salary set out in each employees’ conditions of employment, subject to sensible limitations.

Employers would not be involved in the management of the scheme, nor in guaranteeing investment performance. UWP investment would be a collaborative arrangement between appropriately qualified and experienced insurance and pension companies and state pensions/national insurance.

Pension payments would be calculated on the basis of the total value of an individual’s eventual pension pot to a set formula, as are current arrangements for self-invested and self-administered schemes. All pensions paid by the UWP board would be paid on a monthly drawdown basis.

This system would benefit retirement savers and pensioners in all sectors, whether public, private or self employed, providing value for money and 100% protection of pension funds whatever the fate of their employers. It would create an opportunity to rethink the principles of the government’s inexplicable (and, in my opinion, mistaken) “pension freedoms” in order to limit the increasing number of scams and abuses by the cowboy end of the financial services sector.

The serious long-term threat, however, is of the civil service, goaded by some in the House of Lords and the largest CBI members, dictating government policy to benefit their interests at the expense of the majority of UK citizens.