Testing times: the ban on CLT is a case of negative perceptions 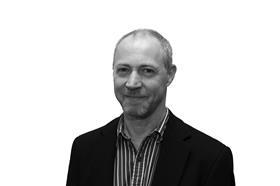 When the government announced details of its combustible cladding ban at the end of last year, the cross-laminated timber (CLT) industry’s worst fears were confirmed. The consultation on the ban, announced by the government last summer, stated a preference to permit only materials with a Class A1 or A2 rating in the external walls of residential buildings over 18m high, equivalent to six storeys. The CLT industry hoped that the material would be excluded from the ban but the government, trying to manage post-Grenfell sensitivities after being lambasted for a lack of action, wasn’t in listening mode and CLT was effectively banned.

Faced with this fait accompli, some in the CLT industry have been remarkably sanguine about the ban, saying the majority of residential buildings constructed from CLT came under the 18m ceiling and therefore wouldn’t be affected. For buildings over 18m a hybrid approach could be adopted with CLT used for the internal walls and floors and a non-combustible material, probably steel, for the external structure.

The ban may only affect a small number of buildings but it’s a case of negative perceptions. A material deemed to be dangerous for use in buildings over six storeys is hardly going to inspire confidence in those considering buying a fifth floor flat in an apartment block built from CLT. The insurance industry has become very risk averse post Grenfell and could baulk at insuring CLT buildings or make the premiums prohibitively expensive.

The most damaging aspect of this ban is the impact it could have on innovation more generally with potentially negative implications for adoption of modern methods of construction.

How is the combustible materials industry responding to the CLT ban?

The success of these buildings has encouraged others; Lendlease built the Stirling prize-shortlisted Trafalgar Place at Elephant and Castle, a 10-storey high apartment building with a view to rolling out the construction method more widely. CLT’s proponents maintain that the material has many advantages: the panels can be factory cut to size and erected quickly on site; its light weight means the size of foundations can be reduced, there are no prolonged drying times and the carbon footprint of timber is much lower than concrete. Crucially, the use of CLT makes economic sense.

These benefits are behind Legal & General’s decision to invest £50m in a CLT factory to help it meet its ambitions to build up to 15,000 homes a year. Swan Housing Group has invested in a factory with the goal of producing 300-400 CLT homes a year. It says it will now have to find other solutions to build its planned high-rise homes. This is hardly a vote of confidence for anyone considering investing in offsite construction technologies in a bid to improve quality, reduce costs and tackle the growing skills shortage.

The CLT industry says the material is safe because a protective char forms on the surface of the panels in a fire, which limits the spread. But the government clearly considers high-rise CLT to be a risk and the Concrete Centre points to research that indicates CLT panels can sometimes delaminate in a fire, exposing fresh wood, which makes a fire more intense. Tony Jones, the principal structural engineer of the Concrete Centre describes a situation where CLT can be used for the internal walls and floors of a high-rise residential building but not the walls as “bizarre”.

Jones has got a point. If CLT does significantly contribute to the spread of fire, then it is only right that the material is only used in situations where people can get out safely.

The only way to establish the fire performance of CLT with any certainty is full-scale testing. This isn’t without precedent. In September 2000, BRE set fire to a six-storey timber-framed building in an old airship hangar at its Cardington Research Centre. The fire was duly extinguished by the fire brigade. Two-and-a-half hours later the fire broke out again inside the wall cavity, causing extensive damage to the building. It was discovered that cavity barriers, which restrict the spread of fire, were missing, allowing the fire to spread unchecked in the cavity. This provided valuable lessons for the industry and fire brigades faced with cavity fires in multi-storey timber framed buildings.

A similar test, perhaps funded jointly by the industry and the government, would establish the fire performance of CLT and all the interdependent building elements needed to ensure good performance. Although the results would come too late for high-rise CLT buildings, it could bolster confidence and encourage others to invest in CLT for low-rise buildings or alternatively demonstrate that investment should be focused on other construction methods – robustly tested of course.