The government is turning up the heat on councils and developers, but will it deliver more homes?

‘Land banking’ is a great rhetoric – but is this what is really holding the country back from building the government’s target of 300,000 homes a year? 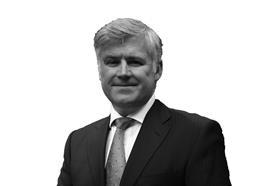 The Prime Minister’s speech at the launch of the draft National Planning Policy Framework (NPPF) this week echoed much of the tub thumping of Sajid Javid over the past year, not least in the Housing White Paper. The Government’s view is that now is the time for councils and developers to deliver the homes the country needs. No more ‘land banking’ and no more ‘NIMBY’ councils. It’s great rhetoric – but is this what is really holding the country back from building the government’s target of 300,000 homes a year? And what will the new measures laid out in the draft NPPF mean in practice?

The two big changes in policy confirmed yesterday turn up the heat significantly on local authorities. The Housing Delivery Test, first announced in the Housing White Paper, will put councils under pressure to deliver their housing targets or face the prospect of the presumption in favour of sustainable development being used to ‘build anytime anywhere’. This would represent an almost total loss of control over the planning process, and a possible nightmare scenario for sustainable development.

Moreover the new standard calculation of ‘affordability-led’ local Objectively Assessed Need (OAN), will for the first time take into account local house prices as well as population growth. This will mean even higher housebuilding targets for much of the country, particularly fast growing areas like Oxford and Cambridge, where house prices are already very high. The threat, from 2020, is again, that the ‘presumption’ will apply where a local authority’s delivery falls below 75% of its OAN.

Although it is right that we seek to achieve 300,000 homes a year, and that we are ambitious for the level of housebuilding in the areas that face the most acute housing need, we must also acknowledge the reality of resources.

At the moment the planning process simply take too long. Not because of a lack of willpower or ambition, but because local authorities often do not have sufficient capacity to process planning applications quickly, or adequate in house tool kit to deal with complex applications. Planning permissions do not deliver themselves, and the Government has so far insufficiently addressed the growing requirement to train and fund an army of planners to deliver more permissions and ensure every area has a Local Plan.

While the NPPF lays down challenges for both local authorities and developers, it also creates significant opportunities. Although the Green Belt remains off limits, the NPPF will promote higher density developments, especially around train stations, which will help to put more homes in areas with good infrastructure connections. The NPPF also acknowledges the reality of our changing high street and the rise of online retail, by providing greater flexibility for town and city centres to evolve and accommodate more residential developments.

The NPPF is also very positive news for SME housebuilders. There is support for smaller sites which can deliver around 10 dwellings, and the draft text proposes that local authorities ensure that at least 20% of the sites allocated for housing in their plans are of half a hectare or less.

With housing the Government’s stated top planning priority and Brexit taking up all available time in Parliament, the implementation of last year’s Housing White Paper principally falls to the NPPF to deliver. The draft document is a very positive step forward, but for local authorities to have the capacity to deliver more new homes they must also commit resources towards planning. There is currently a great deal of ‘stick’ and not enough ‘carrot’ for councils to get more planning permissions delivered.