The new NPPF: will it deliver the numbers?

The latest updates to planning policy need to be seen in the context of a slew of recent reports and analysis, suggesting development is likely to continue to be subject to local interpretation and testing 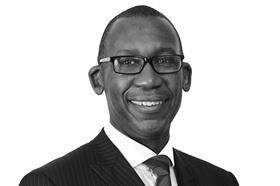 The updated National Planning Policy Framework (NPPF) has just been released with very little fanfare and adopted alongside important updates to planning practice guidance (PPG) and release of a housing delivery test measurement rule book. There is a lot to digest, given the changes since the 2012 version of the NPPF as well as the draft NPPF that was released in March 2018.

However, to understand whether the new framework is significant or radical, it is important to also read the 2018 housing white paper – Fixing the Broken Housing Market – and the response to its consultation, as well as the interim report of the Oliver Letwin review, the Independent Review of Build Out (2018).

The white paper recognised the need for a range of housing tenures, including “social rent”, the sub-65% of market rent tenure. The new NPPF reconfirms social rent alongside “affordable rent”, those below 80% of market rent.

It also includes build-to-rent (BTR) as a tenure in its own right and confirms that affordable housing in BTR schemes can be delivered by organisations not regulated by the Regulator of Social Housing.

However, while it also confirms the desire for a presumption in favour of development, the framework provides little guidance on affordability in terms of its links to local house prices, incomes and rents.

It is a search in vain for the encouragement of SMEs and competition, or the pledge to hold developers to account, as trailed with the launch of the white paper

It also does not tackle the encouragement for housebuilders to build faster, either through a significantly more permissive regime or a more punitive, use it or lose it, set of sanctions. The remit for the latter policy debate falls under the Letwin review. However, this has already chosen to confine its remit to large sites and large developers.

And it is a search in vain for the encouragement of SMEs and competition, or the pledge to hold developers to account, as trailed with the launch of the white paper.

The PPG updates accompanying the NPPF give greater clarity on viability appraisals, including the approach to land value, and is intended to provide transparency and clarity on methodology, as well as attempting to maintain the number of sites coming forward for residential development, which should be welcomed.

However, since Letwin has already rejected any revision to the house builder model regarding absorption rates, it will be interesting to see if this gives rise to faster housing delivery being secured.

Traditional social housing providers, while welcoming social rent being recognised again, are more wary of the other forms of tenure now competing for priority.

Local planning authorities, while welcoming the continuing primacy of local development plans and regional spatial strategies, are more cautious about the challenge they may now face from developers who may prefer less encumbered starter homes or discounted market sale.

Much as before, development is likely to be open to local interpretation and testing. It will continue to be more an art than a science.

As Nick Raynsford said in his recent interim report, Planning 2020: “[Either] planning is a form of licensing, which implies one skill set, or the much more complex and creative practice of shaping places to achieve sustainable development … The former task is like painting by numbers; the latter is like paining the Sistine chapel.”

Is anyone entirely happy with the new NPPF? I suspect only those planning lawyers, who are already licking their lips, as they contemplate negotiating with a world-weary planner what a “reasonable”, rather than a “competitive” return on a site is expected to be.

And will it help to deliver more homes, of the right quality, in the right places. And faster? Only time will tell.

Steve Douglas is Co-Chief Executive at Altair, part of the Aquila Group of companies