If universities and the cities they’re in talked to each other more about their individual goals, they’d find plenty of overlap and opportunities to enhance their shared spaces 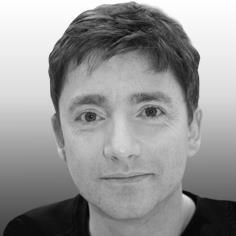 Cities and their universities need to be in constant dialogue so that they understand where their shared goals lie and how they can work together to exploit the potential of their symbiotic relationship.

A recent Work Foundation study found that in many cases cities and their universities share a vague notion that there could be benefits in closer working rather than a real understanding of what the benefits are and how they might be jointly realised.

So, while the relationship between town and gown is generally improving across the UK, too often the prime or sole source of engagement is between the university estates department and the city planning authorities.

Clearly, universities can have a significant part to play in the economic growth, social inclusion and social cohesion of cities. What I’m interested in is the positive impact that investment in the built environment can have for universities and their cities.

As a designer I’m interested in place making. Successful cities have high-quality spaces that are distinctive. They have a rich social and cultural offering, and they have strong infrastructure to support this. These qualities manifest in great public spaces, cultural and leisure facilities, excellent transport facilities and a distinctive look and feel - what we call a city’s character.

By investing in their estates, universities positively enhance the physical experience of a city and its attractiveness as a place to live, work and invest

Universities can be key drivers in creating much of this. By investing in their estates, they positively enhance the physical experience of a city and its attractiveness as a place to live, work and invest. Successful investment in the university environment brings huge benefits to both parties.

I studied at Sheffield University and as an interested onlooker now, it seems to me to have one of the best and most coherent relationships with its city and local community. In its recently revamped masterplan, it has worked with the city to establish a “gold route” which runs from the city centre train station up to the university campus about a mile-and-a-half away at Western Bank. This route is the natural path between city centre and university. The masterplan seeks to make it a pleasure to traverse by making it feel special, “golden”. It attempts to stitch an urban route that takes in cultural spaces, independent shopping streets, and open spaces. Improving the public urban realm is a joint mission that goes well beyond the boundaries of the campus and considers the whole city experience.

Similarly, repairing the urban fabric was central to Atkins’ work with the University of Northumbria. When we masterplanned the Campus East development we worked with both the university and the city to create a new pedestrian route that knitted together a part of the city that had become cut off from the centre of Newcastle by an urban motorway.

Campus East became a stepping stone in a series of urban interventions that gave level access for students and the local community. Improvements to the public realm have made this a hugely successful development that has benefitted both the university and the city.

As universities and cities collaborate in this way towards a common goal of better quality environments, there is a key aspect that needs deep consideration and agreement: identity. The appeal of
many of our universities and cities in the UK concerns their unique identity. While much post-war development has eroded the uniqueness of our cities - homogenised high streets, faceless suburban sprawl - and with out-of-town shopping centres removing much independent commercial vibrancy, we have the opportunity through university investment to enhance the unique qualities of a place. A university can make the appeal of a city greater, whether that’s adding to the rich music culture of Manchester through new university developments along Oxford Road or at Media City, or remaking the South Kensington campus of Imperial College so that it supports the visitor experience to London’s adjacent museums.

Universities clearly have very long to-do lists. And for many, including the Russell Group universities, these include creating exceptional world-class teaching and research environments. The focus is on international reach and reputation. But in order to attract and retain the best students, staff and researchers, the cities in which universities reside need to be exceptional too. In every city universities have a significant part to play in making this a reality, not as an act of altruism but for their own preservation.

Acknowledging this should be the starting point for the conversation that universities must have with their cities.

Philip Watson is design director at Atkins. He was part of a panel discussion on universities and their cities at the Building Live conference in November