Would a vote to leave the EU really cut the amount of red tape involved in procurement? 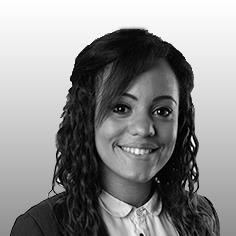 The looming EU referendum on 23 June is at the forefront of most of our minds, but professionals working in the public sector may be contemplating if a vote for Brexit would actually result in the end of procurement red tape. Some may be hopeful for the end of seemingly stringent EU public procurement requirements, but is the grass actually likely to be greener?

The Public Contracts Regulations (PCR) (1991) and subsequent updates are derived from the EU procurement directives, and have paved the way for a regulatory framework which helps set best practice for public procurement. PCR (1991) kick started measures such as unrestricted access to public sector opportunities, public advertising, mandatory minimum tender response periods, standstill periods and contract award notifications: all of which provide the tools with which to carry out a fair, transparent and open tendering process. The PCR have also been tried and tested over 25 years, incorporating wider benefits such as encouragement of SMEs and social value considerations to name a few.

In light of this, one should question whether the industry’s sceptism of the public procurement regulations, is founded on the rules themselves, or the perception that they are merely a “tick box” exercise and a hindrance to allowing free-market forces to reign.

Some may be hopeful for the end of seemingly stringent EU public procurement requirements, but is the grass actually likely to be greener?

Let us not forget that the underlying principle of the EU directives is equal treatment, so how would bidders feel if public sector contracts were not advertised to all on the Official Journal of the European Union (OJEU)? How fair could an unregulated procurement environment actually be? Imagine the scenario of a £20m local authority project being awarded to an inexperienced construction company, not based consistently and fairly on a quality and price assessment, but based on history and relationships.

One of the other crucial benefits of the PCRs is to provide an avenue for bidders to challenge procurement decisions on public contracts where it can be proved they have been treated unfairly. It is arguable that if Brexit is successful, over time, bidders could lose the Remedies Directive tool for bringing challenges against contracting authorities. The regulations therefore provide protection for bidders and set the legal foundation for a level bidding playing field.

Also, if we do vote to leave, and the UK strikes a deal to be part of a different trade agreement, such as becoming members of the European Economic Area (EEA), we would still need to meet the requirements of EEA membership for all procurement in EU countries. This would involve following the EU procurement directives, but without the luxury of being able to influence and comment on future editions of the rules.

Overall, after decades of progress towards a fair, transparent and open tendering process; a vote to leave may cut some of the tape. But is this really the right tape to cut?

Cora Marler is a procurement consultant at Sweett Group