An obligation to exercise ‘due diligence’ is a common term in construction contracts, but what does this entail? A recent TCC case provides some guidance 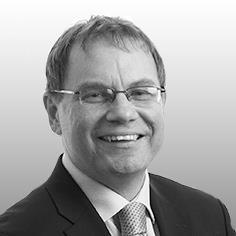 The obligation for a contractor to complete its works “regularly and diligently” or with “due diligence” is a common one in construction and engineering contracts. A recent case before Mr Justice Stuart-Smith in the Technology and Construction Court (TCC) provided further guidance.

The case concerned the construction of a polyethylene plant at its site at Wilton on Teesside by the claimant, Sabic UK Petrochemicals Ltd (Sabic). Sabic had appointed Simon Carves Ltd (SCL) as the contractor. Punj Lloyd Ltd (PLL) was SCL’s parent and was the defendant in the proceedings – SCL had gone into administration in 2011.

While the works were originally due to be completed by the end of 2007, the parties had agreed that the date for completion be extended to 5 December 2008. However, there were further delays. Following a warning given on 3 October 2008, Sabic terminated the contract on 3 November 2008 and relied on SCL’s failure to proceed with due diligence as one reason entitling it to do so.

The judge held that circumstances may arise where the exercising of due diligence may require the taking of measures that were not originally contemplated in order to achieve or come as close as possible to achieving, the completion date. These may include accelerative measures.

The judge decided that the obligation of due diligence imports but is not limited to an obligation to carry out and to complete the works expeditiously. In completing his assessment of what constitutes due diligence, the judge concluded that due diligence is not determined subjectively by reference to the individual contractor’s achievements (or lack of them): it is a contractual requirement with which the contractor must comply, and is to be assessed in the light of the other contractual obligations that the contractor has undertaken.

The judge had no difficulty in concluding that the evidence pointed overwhelmingly to the conclusion that SCL had failed to exercise due diligence during the warning period. He therefore held that Sabic was entitled to terminate the contract and recover its costs to complete the works from SCL, which he assessed at slightly over £39m.

Nick Henderson is a partner in Bond Dickinson. The firm acted for Sabic in this case