The government’s new energy audit scheme might seem like another green burden on companies, but there is money to be made too 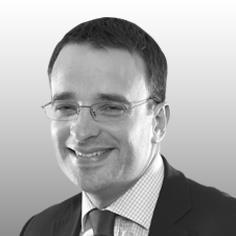 It is rare for this government to be introducing an additional “green burden” for companies (the fact that it is from Europe would have forced their hand), so from an energy management point of view one should be welcoming the publishing of the details of the Energy Savings Opportunity Scheme (ESOS). But does it contain enough to make a difference and what does it mean for companies in the built environment sector?

Well, firstly you have to determine whether you will be included in the scheme. If you employ more than 250 employees you’re in, so large contractors will be included as will medium and large-sized consultancies.

Then you need to understand where you are using your energy. This includes energy used in transport, so if you’re not collecting data on business travel from trains, planes and automobiles (both company cars and those who claim business expenses for mileage on their own vehicles) then you better put the systems in place. Getting the data on energy use in buildings is probably going to be the easy part for many companies and the transport element proving more of a challenge.

Then you need to have audits done on 90% of your energy usage. But many other things count as an audit. DEC’s count, Green Deal assessments (for commercial buildings – yeah right!) count, but more usefully certification to the ISO50001 energy standard counts, as does certification to the ISO14001 environmental management standard if it includes energy audits.

And then you’ll need a “professionally accredited lead assessor” to sign it all off and compile the necessary evidence pack and this will need to be completed every four years.

Most of the major players in this industry are going to be included in the scheme and all would be recommended to review their current ISO procedures now to see if they will comply.

Then there is the opportunity that this presents, particularly for those in the energy market. The government believes that the impact of ESOS will keep 700 energy assessors in full-time employment providing £35m of income (that’s £50,000 per year for an energy auditor, then) to the energy auditing market. In reality I believe that many organisations will find that the alternative compliance routes such as ISO14001 and ISO50001 - which they may already have in place - will comply with a small amount of adaptation.

The government believes that around £300m of energy savings will be delivered by the scheme each year. If this is at an average of a three year payback then that would result in £900m capital investment in energy saving measures due to ESOS, which will predominantly be delivered by built environment improvements in fabric or mechanical and electrical services by the industry.

So a mixed score card for the industry. It is a burden in compliance, especially around transportation monitoring, but there are opportunities both in the delivery of energy audits and the energy reduction works that are then forecast to follow.