How to avoid divisive regeneration schemes 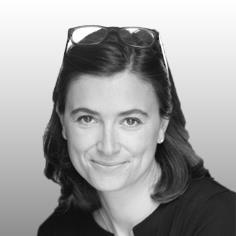 Regeneration should be like retelling an old story. A story that has grown and adapted over time, taking on a new light depending on when and where it is being told, yet always remaining familiar.

Unfortunately, regeneration doesn’t always have a happy ending. Across the UK there are numerous examples of regeneration projects that have lost touch with the story they were trying to retell. Schemes that are ill-considered and insensitive to their surroundings and existing communities can cause irreversible detriment, alienating people from the communities they grew up in and changing areas beyond recognition.

Regeneration should be viewed as an opportunity to improve the quality of the homes, the vibrancy of communities and standards of living. To do this properly there are four essential factors that regeneration projects must consider.

It is all-too-common to see housing estates bulldozed and replaced by glitzy towers - with separate ‘poor doors’. This is the single greatest cause of an unsuccessful regeneration project.

There are fundamental principles such as defining the green infrastructure, public spaces and streets that will have maybe more impact than the buildings themselves

We know that cohesive, balanced and integrated communities are more easily created where there is a blend of housing types and tenures, and where people can move between tenure types and sizes of home as they move through life.

It is also crucial to consider the mix of uses proposed. As well as affordable housing, the introduction of affordable workspace as part of a mixed-use offer can have an impact on the overall balance of the place.

The stress and strain that regeneration projects put on the immediate infrastructure need to be carefully considered by architects and developers. You might think this is an obvious point, but many developers don’t give it a second thought.

Local transport links, commercial centres and public amenities, such as schools, need to be able to cope with the additional residents. If not there is a risk of inconveniencing those that live there, harming community cohesion, and tarnishing the regeneration project’s legacy. Regeneration schemes that provide additional transport infrastructure and create public spaces for the community, make sure that life can continue as normal, despite the temporary disruption of the regeneration.

Good design is at the heart of every successful project, having a profound impact on the behaviour, health and well-being of inhabitants. Nothing is worse than seeing a building or a space that looks like it doesn’t belong, lacking identity and appropriateness to its context.

Getting the urban design principles right, through careful consideration of ‘the space between the buildings’ is the starting point. There are fundamental principles such as defining the green infrastructure, public spaces and streets that will have maybe more impact than the buildings themselves.

Beauty in the built environment is important for civic pride and for attracting people to an area and is also seen as part of a cycle of respect. In other words, it can make people respect an area more, and by being respected, an area can retain its beauty.

The final, and probably most important factor, is transparency. There is a real need for development teams to “talk to residents like adults” and explain the physical and financial constraints of the project as well as the consequent repercussions on the design.

It is crucial that engagement is seen as a two-way process of explaining and listening. The starting point in developing a concept for any development agenda should be to identify the talents and resources within the community - people who can provide historical perspective, insights into how the area functions, and an understanding of what is truly meaningful to the local people. This will create a sense of ownership in the project, ensuring its success in the long-term, but also reinforcing the connections fostered between people in the community.

Divisive regeneration projects are those that fail to take the story of an area as inspiration. Regeneration should be exactly what the word dictates: regenerating a story, bringing it to life and making sure that the buildings and people that inhabit the space continue to tell it, again and again.