Find out what work is to be procured next under the flagship building programme, and which contractors have won the most work so far 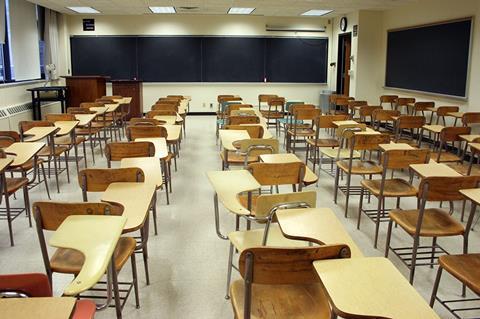 The government’s flagship Priority Schools Building Programme is gathering pace, with the government recently announcing a fresh wave of £2bn of funding. But what are the next batches of work which will come to market, and how will that £2bn be spent? Our 10 step market guide reveals the answers….

1. How many schools are covered by the programme already?

The first wave of the PSBP covers 261 schools which are due to be wholly or substantially rebuilt by the end of 2017. The scheme covers secondary, primary and special educational needs (SEN) schools.

2. How much funding is there for the PSBP?

The government has made £1.7bn of capital funding available for the first wave of the programme, and a further £700m worth of work is being funded using PF2, the government’s revamped form of PFI.

3. What work under the PSBP has already been awarded?

4. Who has won the most work on the batches so far?

The firms which have been appointed to capital funded batches are:

5. What capital funded batches are still to come to market in the first wave?

Three batches – London 2 (formed of the five schools taken back from the first London batch by the EFA), Brent, and Barking, Dagenham and Newham - are currently being bid by contractors on the EFA framework.

A further eleven capital-funded batches are expected to come to market to the framework contractors this year, which would cover all of the remaining schools included in the original PSPB list that have not so far been procured.

The expected batches, together with approximate expected values, are:

6. What are the timeframes for wave 2 of the programme?

7. How likely is it that wave 2 of the programme will go ahead if there is a change of government?

Although there will be a general election before the projects in wave 2 of the programme have been built, it is polictically unlikely that a future government would cancel projects where funding has already been committed. Although this obviously did happen with the coalition’s cancellation of the £55bn BSF programme, the PSBP is on a much smaller scale, and this combined with the necessity of upgrading the school estate means it is likely schemes with allocated funding will be allowed to proceed. In addition, shadow chancellor Ed Balls has said that spending plans made by the current government for 2015-16 would be honoured by Labour should they win the election.

8. How will schools be selected for wave 2 of the programme?

Schools which apply for the PSBP funding will be prioritised for inclusion according to their building condition. The decision process will be informed by the EFA’s property data survey of building condition, which is due to report this summer, although the EFA has also asked bidding schools to include information about their building condition. Projects may cover whole schools or individual buildings. The EFA has said it does not anticipating funding schools which have already received significant investment. The EFA has also said schools may be able to combine PSBP funding with basic need funding if they need to expand and address condition, potentially resulting in larger projects being procured.

9. How will wave 2 of the programme be procured?

The schools in wave 2 are all expected to be capital funded, and procured in batches. It is expected that they will virtually all be procured through the EFA’s contractor framework, although the EFA has said in its guidance notes to authorities applying for inclusion that it may consider local procurement in some circumstances.

10. Will wave 2 of the programme be expected to follow similar standardised design processes to the first?

Yes. The EFA explicitly states in its guidance notes to authorities interested in bidding for funding that “baseline designs have been developed by the EFA and have been successfully used as part of the original Priority School Building Programme and the intention is to continue with these for the new phase”.