Aedas back in the black 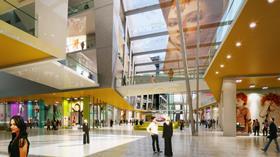 Architect Aedas has returned to profit in 2012 after it made a loss of just under £1m the previous year.

He added that the architecture business had “struggled in the face of ongoing difficult market conditions”.

“However, the directors remain focussed on developing new business opportunities in domestic and international markets by entering into strategic partnerships with overseas organisations that share the Aedas brand,” he added.

Ellis said the group’s assets, valued at £10.5m, would enable the group to “respond to opportunities” that arose.

He said the firm was now seeing the benefit of investing in developing its capacity in the field of sustainability throughout 2012.

The company received a considerable boost from increased international work, with work in Europe, the Middle East and the rest of the world accounting for 13% of the group’s revenue in 2012. It received no revenue from those regions in 2011.

That helped to mitigate a 23% decline in revenue from UK work which fell to £28m from £37m over the period.

Martin Wright, director of AGI described the company’s performances as “satisfactory” in the current market conditions.