Want a say in shaping the future of the construction sector? With Agenda 15, Building is gathering the most important policy proposals for the next UK government to address. From infrastructure to environmental issues, it’s a chance to have your voice heard - but hurry, submissions close on 13 June 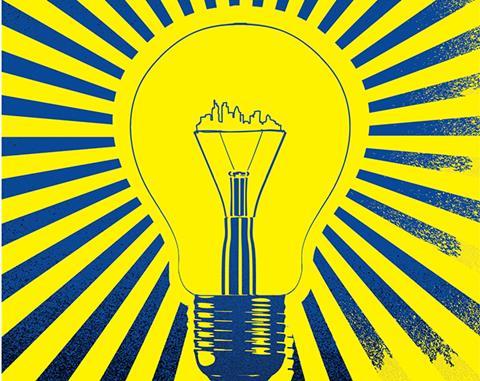 Building’s Agenda 15 campaign has been calling on the construction industry to come forward with its proposals for the policies the next UK government needs to institute in order to generate the best possible environment to stimulate growth and innovation in the sector.

The campaign asked for responses to six questions about the policies the incoming government should adopt, on issues such as long-term infrastructure planning, the environment and public spending. Organisations have until 13 June to submit ideas before the consultation closes. Building will then use the submissions to create a single manifesto for the built environment, to be launched later in the year.

Since launching the campaign, Building has covered each of the six questions in turn, from interviewing John Armitt on long-term infrastructure planning, to tapping the industry’s brightest young sustainability talent for suggestions as to how to further the green built environment agenda.

The six months since the launch of the campaign have seen further economic recovery bringing boom time for listed housebuilders, rising supply chain prices and filling order books for main contractors. But while the government may have stimulated home buying through Help to Buy, there remains disquiet over the cuts to spending on social infrastructure such as schools and hospitals, and flip-flopping signals on green-led growth. Any future Conservative, Labour or coalition government will need strong advice from the industry as to what will help it get back on its feet. So this is your chance to contribute to that.

WHAT THE INDUSTRY THINKS

Building has received a huge amount of material from all parts of the industry in response to the consultation. Here are some excerpts from just some of the suggestions we have received

“The government must push through its proposed tweaks to the [planning] system, such as on pre-commencement conditions, to make the system more efficient.

“Regulation is the other main constraint on supply. House building is an incredibly complex business and the cost of implementing the myriad regulatory requirements makes many sites unviable. The government must deliver on its commitment to cut
red tape.”

The Edge, consortium of architects and engineers

“[The government should] eliminate fuel poverty by upgrading, at public expense, 6 million dwellings over the next 20 years and reboot the Green Deal for everyone else. As well as eliminating fuel poverty and increasing energy security, this will save the UK large sums in fuel imports, reduce the demand on the NHS, improve educational outcomes, reduce unemployment, increase skills, stimulate the economy and help create the conditions in which homeowners choose to upgrade at their own expense. The ensuing VAT receipts will more than compensate for the initial expenditure. The sums add up and it can work if it is done properly.”

“In the near term - say the next five to seven years - the recycling of energy and carbon taxes to fund retrofit, along the lines of the Energy Bill Revolution campaign proposals, is recommended. This will not only help to reduce fuel poverty and abate carbon emissions associated with buildings, it will also improve national fuel security (by reducing energy demand). It will also improve the health and well-being of many and reduce demand for related services from the NHS.”

“The single most important spending measure? An international hub airport fit for mid-21st century; be that Heathrow or the Thames Gateway.”

Six months on from launching Agenda 15, Building is drawing the first phase to a close. We have received a huge amount of material from the industry in response to the consultation - but we want more. The closing date for submissions is 13 June. Simply email your answers to building@ubm.com. Please feel free to answer as many or as few of the questions as you like, making sure to use facts and examples to back up your submissions.