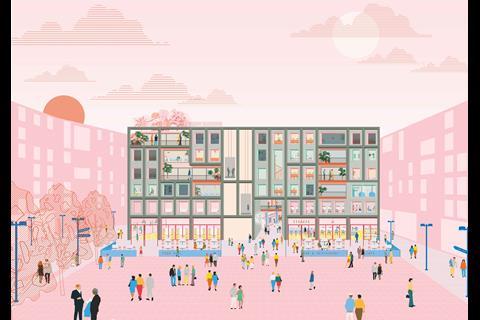 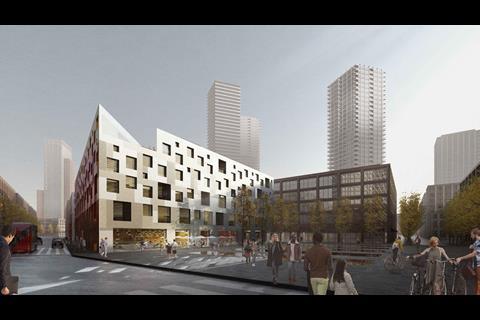 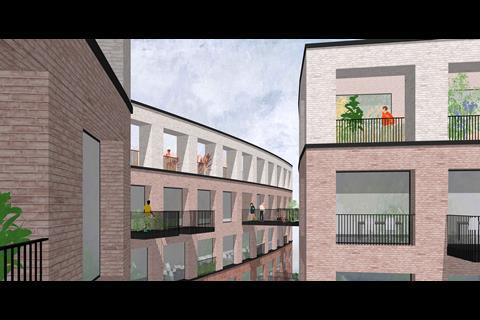 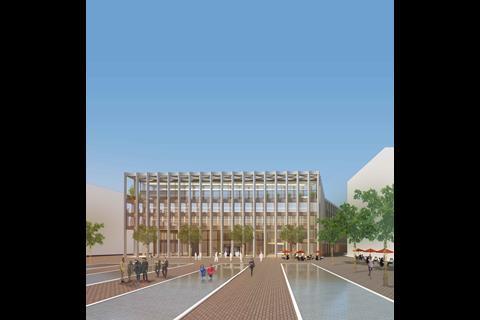 In a challenging retail landscape, it is still possible to succeed spectacularly. King’s Cross, for example, has gone from no-go area to one of London’s most dynamic urban quarters, with new offices, homes and scores of restaurants and pubs. The driving force behind the success of King’s Cross was Argent director Roger Madelin, who joined British Land two-and-a-half years ago to take on a new challenge. This is the regeneration of 21ha of former docks, industrial land and a tired shopping centre at Canada Water in south-east London.

The £4bn project will include 3,000 homes, offices, leisure, public spaces and a retail centre the size of Leicester Square. The scheme is being developed in partnership with Southwark council and masterplanned by Allies and Morrison. The outline plans were submitted for planning in May 2018.

The retail and commercial site lies to the north of the town square, which is at the intersection of several key strategic routes including the Cuts, that will contain small shops.

British Land teamed up with Building’s sister title BD and Allies and Morrison to invite four previous BD Architect of the Year winning and shortlisted architects to develop detailed design proposals for one part of the town centre. This site borders the new high street and town square and includes retail at ground level with commercial uses above. This is one of the most important and challenging parts of the scheme and tested each practice’s creativity to the full.

Each practice was given £7,500 by British Land to create their proposals, and a team from each came to Building and BD Live to present their ideas live in front of the audience, British Land’s Madelin and a panel of judges including representatives from the developer and local council. At stake was the chance to have their idea picked to develop further and potentially form the basis of the built scheme. 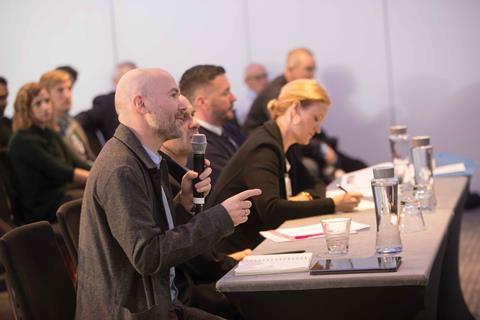 The judges grill contestants at the Live Crit event 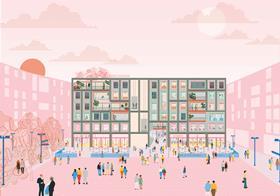 SODA Studio’s proposals focus on the people who will use the spaces and the changing nature of retail. They defined five types of people – the dreamer, nomad, sharer, entrepreneur and anchor – and how they relate to the retail and office experience. The scheme features public “pay as you go” spaces and suggests sharing services. Retail units could extend vertically or horizontally.

Mikhail Riches’ scheme took inspiration from the shapes of boats that once docked at Canada Basin. The perimeter of the buildings will be curved in plan and feature steel frames like the vertical ribs used for ship building. Modular in approach, this will allow for future space reconfiguration, which is particularly important in the fast-changing world of retail. 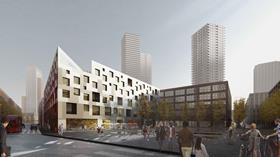 Coffey Architects’ response to the brief is based around light and the impact this has on people and the character of place. Cuts through the buildings to the north and south of the Lower Cut bring choreographed rays of light into offices. Part of the Cut features a perforated canopy that filters the light to enliven the space, and provide solar shading. 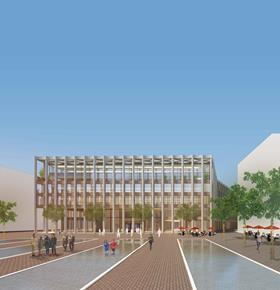 Reiach and Hall proposed one large city block featuring dignified, well proportioned facades, which provides a strong civic presence – with three internal courtyards alighted with the geometry of the masterplan. These are linked by internal lanes that exit on each elevation, effectively dividing the ground floor plan into four elements. The courtyards extend to the roof of the block and are lined in glass, giving the spaces a crystalline quality.

Roger Madelin, head of the Canada Water development at British Land, was at Building Live to consider the teams’ proposals, as were the panel of judges who gave the final verdict:

British Land’s Philip Tait said: “There was an amazing variety of entries – it was surprising how different they all were. We did set a very challenging brief to respond to difficult edge conditions and to solve our retail problems. Overall there were two organisations that stood out for us. We liked Mikhail Riches’ strong design concept, and equally we liked Soda’s grasp of the retail issues, the co-working and people-centric focus. We would be delighted to take conversations forward with both organisations perhaps in a joint way or somewhere elsewhere on the masterplan.”