Inspired by the regional resurgence of the North-west, Building hosted its influential Building Live Club in Manchester last month, bringing together key regional players to explore the opportunities and challenges for the sector. Hamish Champ reports on what was said, who said it, and why you need to know 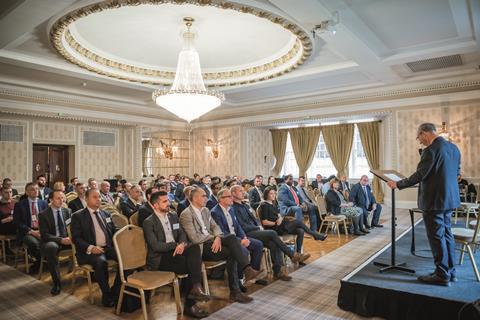 It was with the North-west’s economic and construction resurgence in mind that Building decided to take its successful Building Live Club event programme to Manchester Hall, in the heart of the city, to hear from high-level experts working across the region’s construction sector. The event, which took place on 17 October, included discussion on how best to satisfy clients and investors, the importance of a good contract, and successful regeneration approaches, including collaborations and partnerships. It also looked at how Manchester’s successes can be applied to the wider North-west.

The event kicked off with Eamonn Boylan, the chief executive of the Greater Manchester Combined Authority (GMCA), spelling out his plans for the region and applauding the collaborative approach between the public and private sectors in generating growth. Boylan highlighted the GMCA’s “massively ambitious” infrastructure plans, stressing it would be “folly” for the government to cancel HS2, arguing its contribution to the North-west would enable ministers to progress the “long-held but not yet realised ambition” of rebalancing the country’s economy.

Boylan also warned the government to resist investing in what he called “overheated places”. There was clearly housing need in areas like London, he said, but towns such as Bolton and Altrincham and Stockport also deserved a shot at regeneration and much-needed inward investment. “Because those are the places that will sustain growth in the longer term. Those are the places which will need to provide the housing for people who will benefit from growth in the Greater Manchester economy,” he added. 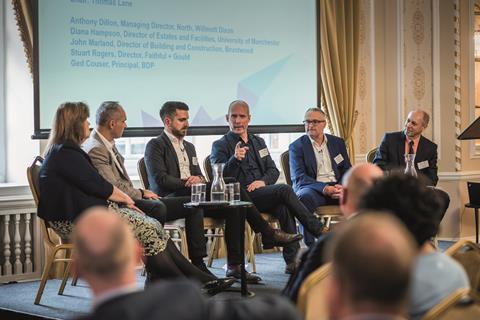 In the first session of Building Live in Manchester panellists were asked by chair Thomas Lane, Building’s group technical editor, if the increased use of technology was the way forward to deliver better quality schemes. While the group basically agreed with the premise, there were variations on the theme.

Diana Hampson, Manchester university’s director of estates and facilities, said she had seen some great things come from the likes of BIM, but there were inconsistencies. “The Holy Grail for us as both developer and estate manager is to take all that BIM package and enable us to translate that into effective estate management. We’re nowhere near that happening.”

With buildings becoming more complicated and the potential for technology to assist the sector, John Marland, Bruntwood’s director of building and construction, said it was definitely the way things were heading. “BIM allows you to do harder things. But there always seems to be a gap between what we’re trying to build and the digital capabilities of the time. I’ll hold my hands up and admit I’m constantly catching up.”

Marland said he was impressed with what he’d seen when meeting a design team, “but I’m fairly confident only half of that team sitting round the table really understands what’s going on. Maybe one or two. It will require a lot of training for everyone.”

For BDP principal Ged Couser the fly in the technology ointment was the supply chain. “Design teams, contractors, they’re all starting to use BIM …Revit … with virtual reality testing the design, making sure the clients are happy with what we’re designing,” he told the panel audience. “But the supply chain is, in my view, falling behind. And it needs to catch up to make sure that we can design the right quality environment for these really important clients.”

How many miniature gyms does Manchester really need? Gyms are fine, but these spaces could be used to respond to wider needs in the existing community and beyond the needs of that particular building 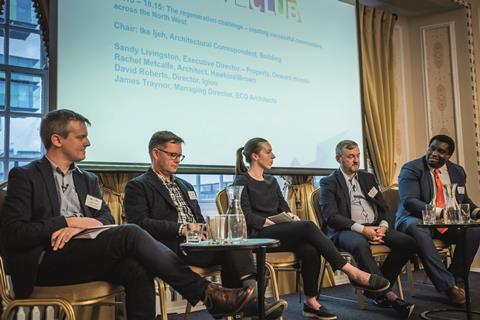 Listen to the client

The first panel session, looking at how to deliver successful projects, heard from Diana Hampson, director of estates and facilities at the University of Manchester, who urged developers to pay more heed to clients. “One of the things that I say to teams pitching to us is ‘please listen to us, we are fairly knowledgeable. Don’t tell us what you think we want to hear’.  Also, do what you say you’ll do … don’t pitch us your A team, then field your B team. Don’t hide any nasty surprises.” She said her organisation urged its contractors to pay suppliers promptly and was prepared to ask “difficult questions” to satisfy itself that this would happen.

Panellists recognised that confidence in the construction sector among financial and   insurance companies had been rocked by recent collapses, not least the demise of Carillion. Willmott Dixon’s northern managing director Anthony Dillon said it was paramount for that trust to be restored and agreed with Hampson of the need to pay suppliers on time, so that they would “perform for us. That means that when we give a customer like Diana our commitment, we can fulfil it”. Dillon also argued that while a collaborative approach and good relationships were important, contracts “had to have some teeth. You can’t just all sit round a table at the start of a job holding hands.”

The benefit of having a pool of strong local independent contractors was outlined by John Marland, director of building and construction at Manchester-based developer Bruntwood. “It says a lot about the quality of the region.” And Marland said he took heart from the approach of the public sector through the North West Construction Hub. “There’s been some really good efforts made in trying to get people to stick around and not just work on one project.”

“We’re outperforming every other city in the UK outside of London. And we’re outperforming London in terms of residential growth. Plus there’s mass demand in the office market, we’ve got three amazing universities and a strategic-thinking council. There are lots of positive things that an investor would look at.”

Ged Couser, principal at architect BDP, agreed that the region had burgeoning potential, especially in the field of design. Manchester, he said, featured an “incredible architectural talent pool. It’s an exciting time to be an architect in the city. We must return that faith by designing to a cost plan, a design that respects the constraints of the supply chain, that meets the aspiration of a client to get a project on budget, on time and to the right quality.” 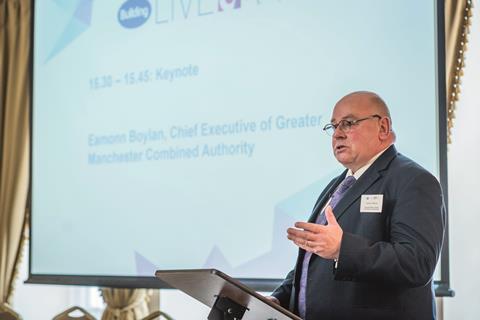 On the subject of regeneration, for a project to be truly successful housing and transport links needed to be in sync, said Sandy Livingstone, executive director for property at housing association Onward Homes. “Housing is key. As is transport. But there’s no point in planning transport if you don’t plan housing in advance. Otherwise you put housing in the wrong place, or you don’t have enough housing of the right type to sustain the growth you want.”

Livingstone also stressed the need to talk to the community about what should be demolished, what should stay, and what new development there should be. “Bridge the expectation gap. Strike a careful balance, but also guide people to accept difficult decisions which sometimes must be made,” he added.

For Rachel Metcalfe, an architect with Hawkins\Brown, mixed use clearly had its place, especially in city centres where it could lead to richer design and new types of spaces. But she added: “Lots of new residential schemes prioritise shared amenities, where ground floor spaces have mini gyms, dining rooms and so on, all aimed to support a new community. But how many miniature gyms does Manchester really need? Gyms are fine, but these spaces could be used to respond to wider needs in the existing community and beyond the needs of that particular building.”

While the values of those involved in a scheme should drive it, values which in turn would increase its commercial value, David Roberts, Igloo director, warned the biggest risk to a project was the appetite for a speedy completion. “The pressure is for a very fast delivery. There is often a disconnect between an initial developer and future phases … that developer is forced to maximise its returns from that single project.” There were often “warm words about working towards the vision”, Roberts said, “but then delivery falls short. The fault isn’t with the developer, but with the structure.”

And James Traynor, managing director of ECD Architects, was keen to stress that while his firm had worked on a series of very varied regeneration projects, what they all had in common was that they were “processes, not a finished destination”. Traynor said what makes some schemes work better than others was a flexibility of intent. Taking into account the long-term needs of the people whose area is being revamped is also key. “You need to work with the local community. Listen to them, understand what they need. Build that in. Pains and gains. After all, they’re going to be there a lot longer than you,” he added.

The regeneration challenge: creating successful communities across the North-west 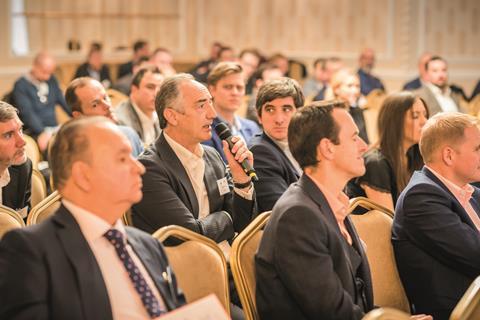