Big windows, natural light, pot plants… Sometimes the simplest things in life make the most business sense. We explore the value of biophilia in the office environment 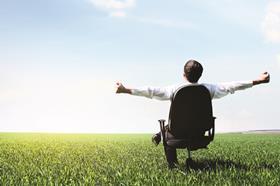 The poet Wordsworth believed it was possible to obtain relief from the stresses of city living by calling to mind a vision of the rural landscape. But what if you could go one further and bring the natural world into the office?

This is the thinking behind biophilia - the belief that humans feel better when they are close to nature - and it is an idea steadily gaining ground among architects and designers.

In some ways it is not new at all. People have been bringing plants indoors to cheer up interior spaces for centuries. What is new is the growing realisation of how profound and widespread the benefits of this approach can be.

Last year, for example, a remarkable piece of research studied absenteeism in an office building at the University of Oregon. It found that employees with views of trees and landscape took an average of 57 hours of sick leave per year whereas those with no view took 68. Closer analysis revealed that the better the view and the more natural light available, the less sick leave was taken. The study also found that those with the best views of natural features also spent more time at their desks.

Staff are typically the most expensive element of any office-based business, so the implications of these findings for employee productivity are immense. Other studies looking at this support the findings of the Oregon study: patients who have access to natural light and pleasing views feel less pain and leave hospital quicker than those who don’t; children in classrooms with a good supply of natural light behave and perform better than those in more artificially lit spaces.

There’s little doubt biophilia works. And since we are seldom further from nature than when we are indoors, an appreciation of biophilia looks set to be something clients will increasingly demand of interiors specialists.

One of the first to grasp its importance was flooring supplier Interface, whose biophilia-inspired floor tile ranges have been highly successful.

“When you walk through a forest, the pattern made by twigs and leaves on the ground never repeats,” says UK product director Karen Warner. “It is truly random. So we developed a special manufacturing technique that could create similar kinds of random patterns.” 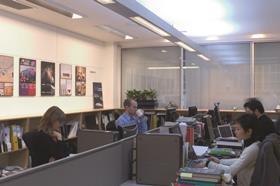 Interface’s two random-lay ranges, known as Entropy and Transformations, have been big sellers across Europe for almost a decade and Transformations is the company’s second biggest seller in the UK. “People love them, ” says Warner. “But as well as providing a pleasant, relaxing environment, the random pattern also creates numerous cost efficiencies.”

These include being able to lay tiles quicker, using offcuts and being able to replace worn tiles such as those beneath furniture. “All this is only possible because of the random pattern,” says Warner. “It’s such a good idea - virtually everyone now produces their own random-lay range.”

Buoyed by its success, Interface is set to add to its biophiliainspired portfolio with a new range, Urban Retreat, next year.

Of course it is possible to take the biophilia idea much further than floor coverings. At the Cook + Fox-designed Bank of America tower in New York, it has been used as the inspiration for an entire skyscraper.

Here the designers insisted the entrance foyer door handles were made of wood and that the stonework in the lobby had a high visible-fossil content so that building users always felt they were close to natural products. To add to the outdoor feel, no two stones measure the same width, depth or height and the architects have staggered them to create a surface pattern with shadow play that changes throughout the day.

But although the building received much acclaim, is it really practical for fit-out specialists to apply biophilic thinking to existing office buildings?
Florence Lam, a specialist lighting designer with Arup, thinks so. “The quality of our indoor environment is very important for our wellbeing and productivity, and one of the best ways of improving it is by maximizing natural light. Fortunately you don’t need to pull down the facade and replace it to achieve this.” 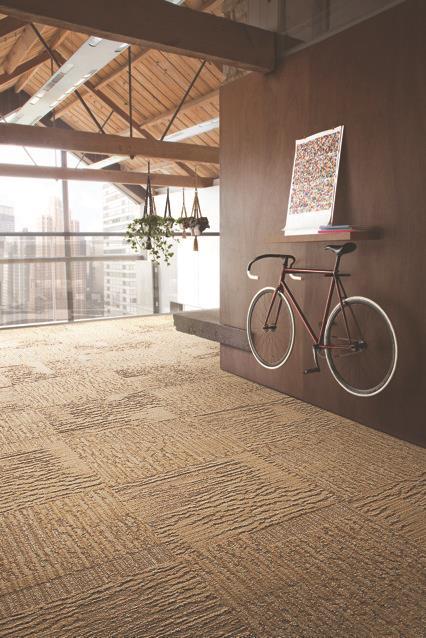 Lam says one of the main problems she finds in commercial environments is that people whose desks are near the windows tend to pull down the blinds when they are in direct sunlight. “They are in the best position, but they also have control over light that could be reaching further into the building,” she says.

One way around this is to install blinds that only shut off light in the lower half of the window, allowing light from above to pass over the peripheral workstations.

Alternatively, micro-prismatic glass can help deflect light up onto the ceiling where, again, it can penetrate further into the building.

Arup is also experimenting with lighting that can mimic some of the effects of daylight and has found that lamps that produce ‘warm’ and ‘cold’ light at different times of the day can have a marked effect on the alertness of building users.

And what of the most well established biophilic design idea of them all, the office plant? Again, research confirms the science behind the feel-good factor.

Particularly striking is a scheme in Delhi, India, in which 1,200 plants - a mixture of areca palm, mother-in-law’s tongue and money plants - were put into a building with 300 occupants.

Research by the Indian government reported that the building’s staff benefited from a 34% reduction in respiratory problems and a 20% boost in productivity as a result of a purer, more oxygen-rich atmosphere.

Finding space for that amount of foliage in high-value city offices would be an expensive challenge, but those figures suggest it could be one that would amply repay the occupiers.

Like all biophilia-inspired ideas, the financial payback comes in the form of a happier, healthier, more productive workforce. 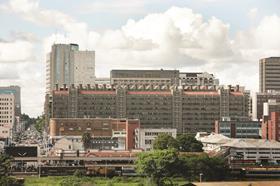 While biophilia is concerned mainly with the psychological benefits of importing natural products or features into the urban and indoor environment, biomimicry borrows technology from the natural world.

Velcro, inspired by the clinginess of the burr plant, is probably the most famous example, but another is the natural ventilation system of the Eastgate Centre, a tower block in Zimbabwe. Architect Mick Pearce and Arup were inspired by the towering mounds of termites that manage to control heat and humidity within their home by drawing air from beneath the mound.

Graham Dodd, a materials consultant with Arup and a biomimicry enthusiast, explains: “Natural technologies might not directly transfer to an officebuilding. The key is to be inspired by what we see in the natural world. We now know termites use more complicated methods to regulate their mounds, but the Eastgate Centre still performs well.”

Dodd mentions a couple of biomimicking ideas that interiors specialists might like to keep an eye on. “Clay is made from thousands of tiny rock platelets, and unfired clay panels can act as humidity buffers,absorbing water from moist air and releasing it into dry air,” he says. “So you could use
unfired clay bricks or wall panels to passively control the humidity of a building.”

The other technology concerns structural colours. “The colour on a butterfly’s wings result from the structure of the wing and the way it diffracts light rather than by having a pigment applied to it,” says Dodd. “The colours on a hot, chrome exhaust pipe are also structural.”

By modifying the surface of materials at an atomic level, he adds, it is possible to produce colours for interior finishes without the use of a pigment coating.

Already, the surface of glass has been structured to produce the non-reflective surface used in solar panels, but Dodd says this coating-free approach could have other uses. “At the moment glass is coated with atom-think layers of metals such as silver and chromium to produce heat-reflective glass. But if the glass itself is structured to,for example, reflect infrared, then the need to use expensive metals could be avoided.”

Contractors may be sceptical about whether such ideas will have an impact on their business, but as those in the biomimicry fraternity often point out, the natural world has spent billions of years refining its technologies and only the best survive. Companies would surely do well to remain open-minded to the technological inspiration on offer from mother nature.