With capital budgets still tight and limited finance available from other sources, leasing companies believe their moment may have come. We do the sums 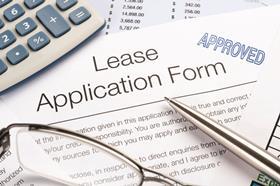 “Cash is king” is a maxim that’s often heard in business, even more so since the recession. No matter how healthy your balance sheet looks, it’s no good if you’ve got nothing in your pocket - as contractors chasing clients for payment or struggling to secure new business will be well aware. Anything that helps firms finance a project is worth knowing about.

One such idea is fit-out leasing, a form of finance that enables a client to spread the cost of a project over a number of years, typically between one and five.

Leasing isn’t new, but it has not traditionally been widely used for several reasons: clients may be wary of taking out a loan; the financial benefits of leasing are often not fully understood; many clients and contractors are simply unaware it is an option. But contractors and suppliers who do routinely offer it to clients say it’s a no-brainer for both parties.

The availability of finance took a hit during the credit crunch, when lenders retreated from the market. But they are returning - faster than high-street lenders. Leasing would typically be proposed to a client by a contractor or supplier at the tender stage or during negotiations, though leasing companies say they are sometimes called upon much later if a client suddenly finds themselves unable to pay cash.

Clients might think £1,000 a month is quite manageable over the next five years

They act as brokers, putting together a structured leasing proposal, carrying out due diligence, securing finance for clients from specialist lenders and
paying suppliers directly. Plus Finance has specialised in finance for the interiors market since 2001 and though the exodus of lenders put a hefty dent in its turnover, director Steve Pullen says it is recovering strongly. Its turnover increased by 12% in 2011 and is on target for a 30% rise this year

“Traditionally, leasing has not been offered to clients, but there is an appetite for what we do - we are getting asked for it more and more now,” he says. “The lack of available credit from other sources has clearly resulted in more business for specialist lending. Businesses don’t want to tie up all the available bank credit for a fit-out project.”

Pullen gives a ballpark figure of 6% interest on a flat monthly basis, though this will be higher for a more risky prospect or an unproven start-up. “Our biggest competition is from the highstreet banks and cash, so we have to be competitive.”

The rental cost is fixed for the term of the lease, unlike a variable rate bank loan, he adds, which can also act as a hedge against the rising cost of money. Pullen suggests that having a frank discussion about money up front is beneficial for both client and contractor, and that clients may be able to afford a better quality and more expensive fit-out if they can spread the cost.

“They might think £1,000 a month is quite manageable over the next five years, whereas they wouldn’t
be able to pay cash for the same job up front.”

At the end of the term, clients pay a one-off lifetime rental of between 2% and 5% of the original capital cost. The word rental is important: the fit-out is never purchased so it is always an operational rather than a capital expenditure - and therefore tax-deductible. This is a key advantage of leasing, which can more than offset the cost of the finance, says Vineesh Madaan, managing director of Bluestone Leasing, which works with a number of fit-out contractors and suppliers. The savings will vary depending on the structure of the company.

“It can be a significant tax break,” says Madaan. “For corporates, it means a reduction of 19% plus; for LLPs andpartnerships, it could be 40% if
the partners are paying the top rate of tax.”

Leasing also makes accounting sense because a company’s cash is not tied up in assets that swiftly lose their value. “It is a common misconception that leasing is only used by those who can’t afford to pay cash, but that’s not the case,” says Madaan. “We provide finance for organisations who’ve got plenty but who want to keep hold of it. Cash is important to everybody. Why would you use it for assets that are going to depreciate?”

Other costs can also be wrapped up in the leasing finance, such as the preliminary strip-out and new telephone and IT systems.

Kevin Parker, managing director of contractor Space-pod, says he always makes clients aware of the leasing option and puts those who are interested in touch with Plus Finance.

“You’d be mad not to offer it as an option,” he says. “When we explain it, we find that in the current climate most businesses will seriously
consider leasing for at least part of a project if they do not have the funds to complete it within the required timescale.”

Around two out of 10 of Space-pod’s SME clients go on to use the leasing service. Bluechips either don’t want to or they arrange their own finance. “It seems to work best in projects that would require heavy expenditure in a condensed period,” says Parker. “For example, during a business relocation when all the costs fall in one financial quarter. In these cases, leasing is a really useful way of spreading the cost or retaining cash for other parts of a project.”

Leasing is usually just one component of the finance for a project, in combination with reserves, cashflow and bank borrowings. “A small owner
occupier who is building an office might mortgage the build cost, finance the fit-out internally from cashflow and lease the furniture,” says Parker.
James Pack, a former director of Skansen but who now advises businesses on sustainability, says he regularly gave presentations on leasing to clients.

“I think it’s a good idea if you can,” he said. “I don’t understand why more companies don’t lease their fit-out, especially in this climate. It makes a lot of sense - why would you buy a depreciating asset? You want to buy appreciating assets and lease the ones where the value decreases.”

Pack found clients’ greatest misgivings were around finance providers’ rigorous approval processes - which are not always unfounded. “These companies can of it. Cash is important to everybody. Why would you use it for assets that are going to depreciate?”

Other costs can also be wrapped up in the leasing finance, such as the preliminary strip-out and new telephone and IT systems.

Kevin Parker, managing director of contractor Space-pod, says he always makes clients aware of the leasing option and puts those who are interested in touch with Plus Finance. “You’d be mad not to offer it as an option,” he says. “When we explain it, we find that in the current climate most businesses will seriously consider leasing for at least part of a project if they do not have the funds to complete it within the required timescale.”

Around two out of 10 of Space-pod’s SME clients go on to use the leasing service. Bluechips either don’t want to or they arrange their own finance. “It seems to work best in projects that would require heavy be very picky about who they lend to, and there are certain businesses they won’t be prepared to finance. Even companies that are in a strong financial position can be seen as too high risk. Hedge funds, for example, may be incredibly wealthy but they could be here today, gone tomorrow.” Pullen argues that leasing companies’ checks can reduce contractors’ own risk of bad debt.

“If we say we’ve done a bit of initial investigation and we’re not able to give any credit, that’s a signal,” he says. “We’re like a credit reference agency.” And once the lease is agreed, the client doesn’t touch the money so the risk of not being paid is reduced. Leasing companies claim they can pay contractors in stages so that they are never out of pocket, though Parker says this is not the case in practice.

“Deposits and stage payments can be difficult, and often the contractor will have to fund the elements that are being released until completion,” he says. “That said, as long as the contractor has a copy of the lease approval before starting work, they at least know they will be paid on or around 14 days after completion.”

That should be music to fit-out contractors’ ears - and very good news for their own cashflow. 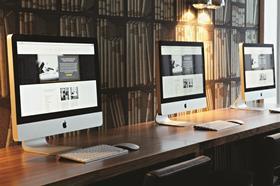 The Clubhouse business club, lounge and meeting space opened in London’s Mayfair in September. In order to create the kind of luxurious, professional space that founder and chief executive Adam Blaskey wanted to offer, a high-quality fit-out with the latest IT and AV facilities was crucial. When Blaskey’s furniture supplier, the Furniture Practice, introduced him to the concept of fit-out leasing, he immediately thought it sounded like a good way to optimise cashflow.

“It’s an attractive source of financing, particularly for a new venture,” he says. “It wasn’t just the furniture we were able to finance but also the audiovisual and IT equipment, so a complete package. These are not usually assets that can be secured with traditional sources of finance.”
The Furniture Practice put him in touch with leasing company Plus Finance, which arranged a loan from specialist lender Asset Advantage.
Steve Pullen, director at Plus Finance, says that with banks refusing to lend without high levels of security, leasing is a more comfortable option.

“High-street banks are very risk averse, and they traditionally don’t like new businesses,” he says.“The lenders we work with are more commercial, more interested in the client themselves. They saw the potential of the Clubhouse and were happy to lend the money.”