Break through: how AI and machine learning could transform construction

Advances in AI and machine learning could be about to transform the construction sector, using techniques such as image recognition and analysis to reduce risk, prevent schedule overruns, and improve cost-effectiveness. 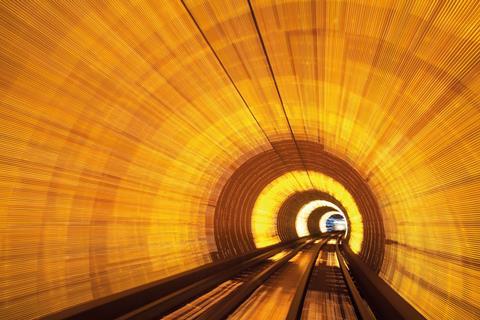 Anyone who uses Facebook can’t have failed to notice that in recent years it has become rather good at recognising faces – it is as if the social network has been scrolling through photos of your friends for years and is now as familiar with them as you are. You may find this unsettling or remarkable, but the reality is that this is only the most visible manifestation of the rapid improvements in artificial intelligence under way across the globe – improvements that have, for example, led the US government to announce it is trialling facial recognition systems as a security measure at the White House, and sparked protests – on ethical and privacy grounds – against e-commerce giant Amazon for selling such technology.

“The exciting part is that the results produced are free from bias, which improves confidence and relationships between clients and contractors”

The artificial intelligence (AI) technologies behind facial recognition are machine learning, in which computers use algorithms to analyse data and learn without assistance, and deep learning – a similar but more advanced system based on “recurrent neural networks” – that replicate some of the ways the brain works, for example making decisions based on an ability to differentiate between pieces of information.

This is smart stuff, but it’s tech that the construction industry has been somewhat sluggish to seize on and apply to its own processes. But now it seems construction is waking up to the potential of AI. In April 2018, consultant McKinsey released a report suggesting that – despite ranking 11 out of 13 industries studied in terms of current level of AI adoption – construction companies are increasingly taking up the technology. “A shift is coming,” it said.

Here we look at the emerging applications for this supertechnology, and what are some ways in which it is already bringing benefits to construction firms.

Also read: In the stream age - how do we commoditise our data?

The McKinsey report pointed to three areas in which AI might be able to improve construction projects: project scheduling, image and data classification, and analysis of irregularities on site. Computers with the ability to learn could, for example, analyse thousands of images of construction sites to detect risky behaviour, or multiple images of structures to spot defects and predict failures. Image recognition is already used in the healthcare sector to diagnose illnesses, so why not use it to spot problems in a building too? And one large advantage is that it can do that without the unconscious bias of human workers.

Technology company nPlan, which works with the likes of Arup, Costain, Bam, Mace, Kier and Skanska, is among those leading this drive to improve decision-making in construction through the application of machine learning. “Algorithms can dramatically improve the way knowledge is retained and utilised, which will change the construction industries’ understanding of risk and uncertainty for the better,” Dev Amratia, the company’s co-founder, says.

At present, he says, nPlan’s algorithms are being used in Spain with the construction giant Acciona and in Germany with Deutsche Bahn, one of the largest construction clients in Europe – for example, to predict the end date of a project by analysing the schedule and flagging up risks, which can then be addressed early to save time and money.

“As the industry becomes more data-rich, the opportunities to train algorithms to do quite intelligent things will start to come to the fore”

“The exciting part is that the results produced are independent, free from bias […] which in turn improves confidence and relationships between clients and contractors – something the industry needs for its long-term sustainability,” he adds.

The potential to use the verifiable and quantifiable nature of AI to reassure clients and save them money is a major benefit of AI, according to infrastructure company SNC-Lavalin’s Atkins business. The engineer has been trialling a combination of machine learning and machine vision – imaging-based automatic inspection and analysis – for the past three or four years, using data gathering and modelling techniques to help the management team at Dubai airport choose between repairs and replacements in various aspects of their project, thus making better decisions about investment.

Fears around the rise of AI often concern its potential to replace human workers, but David Wilson, chief innovation officer at Bechtel, believes such fears are “grossly exaggerated” and that AI will instead be used to take on the repetitive and monotonous tasks that people do not want to do.

For Atkins’ Will Squires, the company’s digital lead for infrastructure in the UK and Europe, asset management contexts such as their Dubai airport project demonstrate how machine learning can offer the best use of resources. “We’re saying: how many ways can you get the most from your money and the most efficiency, both in the immediate stage and the longer term?”

Atkins is also trialling such systems to check for defects in tunnels and highways, where an AI system might notice the change in the pattern of a leak and draw it to human attention. “As machine vision identification grows, you have an enhanced capability to do what were previously quite laborious human tasks in a computerised matter,” he says of the process.

“The relative computing power required to do it at scale is reaching attainable levels because the power of the algorithms is increasing to the point that you don’t spend a day looking at an image.”

While it is commonly acknowledged that the core construction industry tends to be slow at adopting new technology, related sectors such as water, infrastructure, transport and oil and gas are forging ahead with AI-based defect analysis – and lessons from these contexts could be transferable.

For example, work on improving the efficiency of traffic flows on motorways using machine learning is relevant to the construction industry, as similar logic could be useful in making project management and scheduling more efficient on large-scale infrastructure projects such as Crossrail and HS2. The application of such knowledge in the context of retail to manage stock and logistics could also be useful to the construction industry as offsite techniques become more prevalent.

The time and cost savings can be considerable.Atkins points to one of its road projects in the US, which involved humans analysing more than 400 images per mile to check for defects. It is now testing machine learning to do this on a project that covers 4,000 miles of road, which it expects will reduce the time taken to do the analysis by more than 50%.

What is helping such methods take hold more broadly is the increasing availability of data – everything from images and video to numerical information, gathered using drones, wearable kit, camera and scanners – and our growing ability to catalogue and analyse it as computers become more powerful. Amratia claims nPlan has analysed more than 200,000 project schedules, on capital projects adding up to £150bn in value, which he says is the largest volume of previous project data analysed by an algorithm.

And as the use of BIM becomes increasingly common across the sector, the datasets to hand will become better and more useful. “If you have structured data in an accessible format [such] that you can pull, interrogate and apply intelligence to it quickly, you’re much more likely to lead to positive outcomes,” Atkins’ Squires says. “I think there’s almost a Trojan horse here: as the industry becomes more data-rich and starts to generate more information in a consistently structured manner, the opportunities to train algorithms to do quite intelligent things we didn’t necessarily think they could do three or four years ago will start to come to the fore.”

Key facts on the rise of AI

But, as the McKinsey report pointed out, the requirement for huge amounts of past data as a prerequisite for operating in this area, as well as the costs of running such systems, are barriers to adoption, especially for smaller companies.

“Despite proven high return on investment and widespread management interest in AI solutions, few engineering and construction firms or owners currently have the capabilities – including the personnel, processes, and tools – to implement them,” it said.

“This means that artificial intelligence needs a certain critical mass of data to deliver on its promise […] the largest companies are likely to benefit more, particularly in the short term.” The report stated that companies with a strong track record of digitalisation were 50% more likely to generate profit from using AI – which implies that those not already accustomed or equipped to adjust to new technology lack a strong financial incentive at present to do so.

The shortage of people with expertise in AI is also causing a bottleneck – unlike in the past, when you competed with other construction companies for employees with the right skills and experience, people trained in AI are being courted by organisations from across the board, from tech giants such as Google to financial services companies with the ability to offer fat pay packets. On the flipside, AI could arguably fill a gap in the workforce by eliminating some of the more routine jobs, and doing them better.

More crucially, like the adoption of BIM and digital construction techniques more broadly, the use of AI will require wholesale buy-in from all levels of companies, as well as greater collaboration between the various strands of the industry so that the information available can be leveraged to its best capacity. As ever, human – rather than technological – change will be the final hurdle.