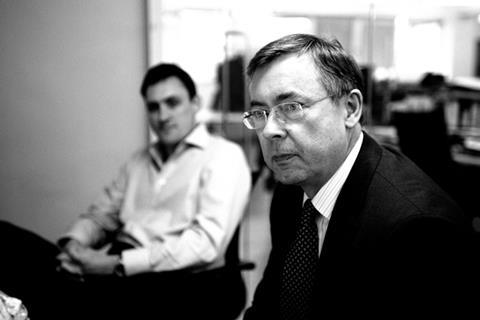 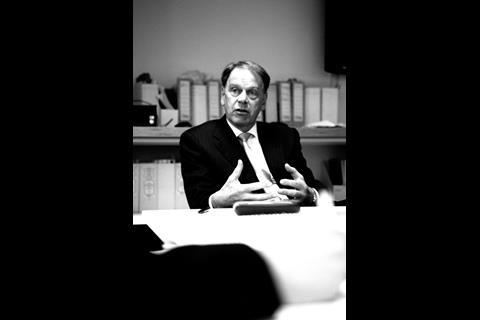 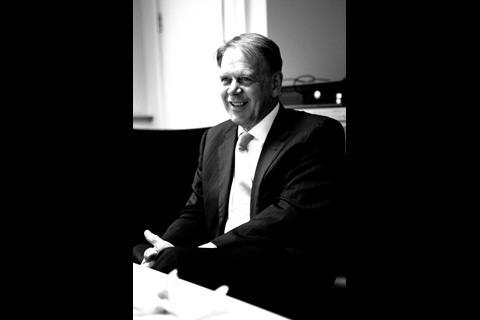 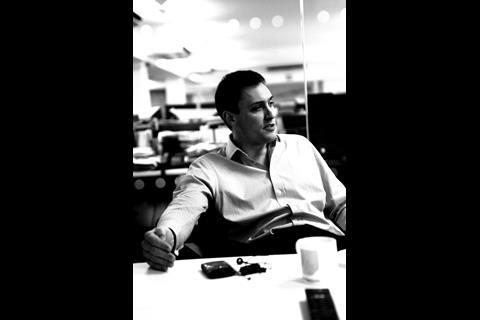 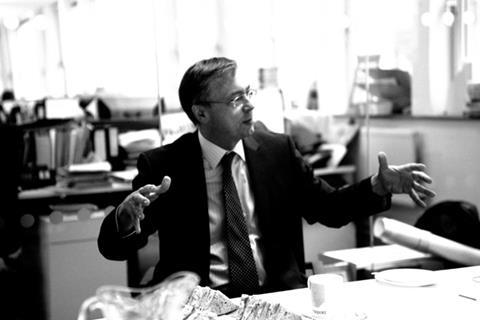 Buro Happold’s new leaders say that its mission is to improve the world. But can it really put ethics above profits as it expands globally? Here we ask the difficult questions

Buro Happold’s mission statement is pretty punchy. Some might say unrealistic. The consultancy aims to help solve the world’s problems by engineering not only buildings but entire cities and countries. “We’re trying to engineer better lives for people,” says Mike Cook, the new senior partner.

It is a noble sentiment. But can a top engineer really put saving the world on a par with the day-to-day task of staying in business? Buro Happold’s partnership model is central to its corporate values and has thus far enabled it to say no to acquisition approaches while other UK engineers are struggling to remain independent. Building spoke to the new chief executive Paul Westbury and Cook, as well as outgoing founding partner Rod MacDonald, to see whether the firm can hang on to the “soul” of the company, as they put it, created by MacDonald and others 35 years ago.

That sense of “soul” is embodied in the idealistic aim of its new leaders to help developing countries grow more sustainably. But their dilemma is that this can mean working with regimes with a less than exemplary human rights record.

The line between improving quality of life around the world and running a profitable business must be a difficult one to walk at the best of times, not least at the tail end of a recession during a leadership change.

Westbury and Cook have been promoted to the top jobs at Buro Happold more in the manner of US presidents, elected by the firm’s partners, than traditional business leaders. They will be the first new leaders in six years, as their predecessors, Gavin Thompson and MacDonald, have finished the second and final of their three-year “terms” as chief executive and senior partner respectively. This is a deliberate and planned strategy to quench Buro Happold’s demand for new blood. This is so the firm can be run by engineers, who will return to their first love after their time is up. “At the end of the term, we want to go back to our engineering,” says Westbury. “The firm can’t afford to lose its best engineers to these big lumpy management roles forever.”

At some companies, senior executives lose their jobs only when there is a problem. At Buro Happold, leadership changes are built into the fabric of the company.

China and the moral dilemma

While the Buro Happold trio stress that the changeover does not mean a radical shift, there is little doubt that the company is changing focus naturally anyway - towards developing and emerging markets, where work is available.

“The problems that the world faces - urbanisation, population growth, scarcity of resources, scarcity of energy, price of energy - are big issues,” says Westbury. “And we are in a tremendously strong place to step in and help resolve those issues. That’s at the heart of our strategy.”

But there is a flipside - the trouble for engineers is that they can end up designing nice things for governments that have rather nastier motives. While this poses a problem for all UK companies working abroad, if you aim to use engineering to create a better world, the moral dilemma becomes particularly acute. Has Buro Happold turned down any morally dodgy projects? “There are parts of Africa where you wouldn’t feel comfortable,” says Cook, although this didn’t extend to Libya: the firm helped design a government complex for the Gaddafi regime in Tripoli. Buro Happold has also done infrastructure and environmental engineering masterplanning for a vast new city at Beitun, in Xinjiang, northern China, which will swell a 30,000-strong town to a metropolis of half a million. The engineer is using its expertise to ensure a “commitment to sustainability”.

Yet the city is designed to replace the current capital of the prefecture, Altay, which is in the north of Xinjiang - a province that is home to the Uighur ethnic minority, which faces widespread labour discrimination and attempts by the Chinese government to “engineer broad cultural, economic and demographic shifts in the region” to marginalise them, according to a 2009 US congressional report. “The government imposes top-down development policies in the Xinjiang Uighur Autonomous Region that exacerbate inequalities and deny local residents the autonomy to chart their own course of development,” it states.

How can Buro Happold be sure it is not being unwittingly enlisted in a development programme to help create “ethnic unity” in the region?

Cook says “no one can ever be sure” about the broader purpose of development by political regimes, but Buro Happold believes it is doing good within the Chinese system. “We might not be able to change the political system in these places, but we can work within it,” says Cook. “I know from the [Beitun] project the conditions of the people in the region were tough, grey lives - and what we’re trying to do is give them more comfortable and colourful lives.”

While Westbury says he would rather not wade into the “tricky territories” of the relative morality of governments, he commends the efficiency of the autocracies. “If you want to get something done in China [or] Saudi Arabia, they get it done.

I mean, holy cow, this stuff moves like the wind and that is bloody refreshing.”

Projects like these also mean more success for the firm and the trio say staff numbers will grow “significantly” outside the UK this year, and they are budgeting for “modest growth” in Britain, although 14 redundancies occurred shortly after the leadership change due to UK regional restructure. In yet another mark of how the company thinks of itself as different, Westbury is not disposed to talk about the conventional financial measures of business growth.

“You talk about growth presumably in terms of turnover,” says Westbury, with a slightly dismissive emphasis on the last word, “and people. We are forecasting enormous growth across every aspect of our business, and by growth I refer to knowledge, passion, drive, energy, experience - and not just revenue. Chasing revenue and chasing headcount doesn’t actually make a business any better.”

Pressed on turnover, Westbury remains elusive. “You can turn over £1bn,” he says, “but you can go out of business very quickly … I’m almost deliberately not answering your question because we don’t do things in a normal way.”

Although Buro Happold is in a position of financial strength, mid-sized UK engineers are still being bought up by foreign giants.

At the beginning of April, Danish engineer Ramboll, which has a turnover of €810m (£708m), bought British engineer Gifford, meaning Ramboll now rivals Buro Happold in size in the UK. Steve Canadine, Gifford’s chief executive, said after the deal that British engineers had to be “top 10 and growing” to be big enough to expand quickly into overseas markets and avoid takeover. Last year, Buro Happold was ranked at 11.

Westbury is dismissive of the idea that consolidation is inevitable. “Top 10 in what?” he asks. “So they [any engineer] can deliver rubbish,” he says, to the sound of agreeing murmurs around the room, “but provided they’re in the top 10 largest and they’re still growing [they can remain independent]?”

Buro Happold’s approach to staying independent is simple: “It’s very easy to avoid being snapped up by a competitor, because partners will just say no.” This has happened “loads of times”, says Westbury. “We get loads of good dinners out of it.”

What if, for example, engineering giant Jacobs offered each partner a cool £1m for the company; can the new leadership be sure the partners wouldn’t take the money? “It’s inconceivable,” says Cook. “You need to meet my partners.” Asked if this is exactly what the senior partner at Davis Langdon would have said before the partners voted to sell to Aecom in August last year, Cook adds: “They [Davis Langdon] are not Buro Happold.”

Freedom to be creative is what helps mark out Buro Happold from its much larger, listed rivals, says Cook: “We allow our engineers significant freedom to explore and innovate”. This doesn’t mean Buro Happold is a cushy environment, but any stress comes from finding the right engineering solution, not keeping to procedures.

As Macdonald, the last founding partner, retires and leaves Buro Happold, he says he believes Westbury and Cook are carrying the original values into the future. The kernel of these values is a fierce, almost evangelical, belief in the power of engineering to transform the world for the better.