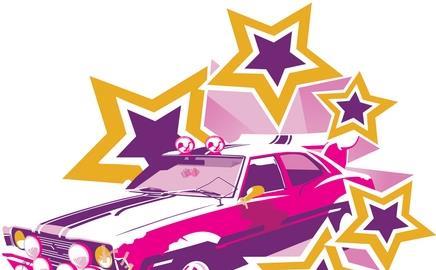 News analysis: Brown’s Big Idea on becoming prime minister was to build 10 towns on 10 new sites. But it seems developers are using the eco-towns to add spoilers, fog lamps and go-faster stripes to schemes that have already been rejected.

Here’s a parlour game for planning nerds. Pick one of the sites bidding to become one of Gordon Brown’s new “eco-towns” and see who can remember when they’ve heard of it before. Long Marston airfield, anyone? Five points if you recalled that the Phoenix music festival was held there in the nineties, but 10 if you remember the Ministry of Defence’s attempts to promote it as a new town more than 20 years ago.

In fact, the list of sites put forward by developers reads like a greatest hits of planning applications gone by. The communities department refuses to publish the list, but an investigation by Building has uncovered nine, all of which bring on a sense of deja vu. Micheldever, for example, the proposed site of a 12,500-home town, was put forward to two Hampshire structure plan inquiries in the late nineties, before being rejected in 2000 (see box).

When the prime minister announced the eco-towns programme in May, he received a rapturous response. They were seen as a bold response to the housing crisis and, as all the developments were to be rated zero carbon, to climate change. The Brown towns were even welcomed by the Daily Mail, which temporarily forgot that it was opposed to all development anywhere.

Six months on, the government can demonstrate huge interest: developers and local authorities have put 57 sites forward for the 10 towns. But if it was hoping for a wave of new development ideas from overlooked corners of England, it may be disappointed.

Rumours abound as to the location of the 57 sites. One says a consortium of northern councils has made submissions for former industrial land, another that Persimmon has put in 19 bids for eco-town status.

The prospectus called for councils, developers and other public bodies to bid for places that were not extensions to existing towns, and were not already earmarked for development, but which could accommodate the required number of people. Many have responded with scepticism to the idea that there are 57 such unknown sites in the country, let alone worked up and ready to go ahead. It seems that they are right.

It looks like developers and councils have leaped at the chance to build on sites that have lain fallow for decades, dusting off old schemes, tarting them up with low-carbon jargon and bolting on eco-bling. Conservation groups on the other hand, are horrified.

These are battles they had thought they had won.

But why should sites that have failed in the past succeed now? According to the government, regional plans (RSSs) will be adapted to include the chosen eco-towns, but they will still face the same planning tests as any other application. This would give little hope to previously rejected applications. But there is hope, in the revision of the government planning guidance for housing, previously known as PPG3. Until last autumn, this stated that planners should allow new settlements only when other options had been exhausted. The new guidance put new settlements on a level with any other form of development. It is this that makes eco-towns possible.

If you are a countryside campaigner, this is bad news. The Campaign to Protect Rural England (CPRE), one of the most vocal of them, has opposed a number of the proposals that are back on the table. Neil Sinden, the CPRE’s policy director, says: “Our big fear is that this initiative will be used as an excuse for dusting down old development proposals that only recently have gone through the planning process – and been rejected for very good reasons.”

But it’s not only countryside campaigners who have reservations. Andy Cowan, chief planner at Warwickshire council, says his county has already allocated enough housing land for all the projected new households – yet is still having to face the prospect of St Modwen reheating the proposals for Long Marston. “It’s not so much the greatest hits of planning,” he says, with a distinct lack of enthusiasm, “but more the past 20-30 years of sites that have failed to get the go-ahead.”

Developers reject the accusation that they are cynically using the green agenda to resuscitate moribund schemes. Bob Collins, who as director of developer St Modwen is in charge of eco-town bids, including Long Marston, says: “There could be developers out there who take that approach, but we have a commitment to sustainability.”

For many others, though, the resubmission of old schemes is the only realistic option. Gideon Amos, director of the Town and Country Planning Association, says it is inevitable. “We’ve had a planning system that has mitigated against new settlements, and now that’s changed. So there’s bound to be sites that were fairly near the mark last time round. I’m afraid the protectionists have to accept that we have a government that takes a different view from what it used to.”

Ben Derbyshire, director of architect HTA, which is currently putting together a consortium to bid for a number of sites, describes the CPRE’s position as “rubbish”. He adds: “The business is about changing markets and changing circumstances – if the need for eco-towns changes things, then absolutely, a site should be reappraised.”

Conservationists are going to have a tougher battle than ever on their hands, as the government signals it is keen to push the eco-towns through, and is prepared to shift the goalposts to do so. Brown’s shiny new eco-towns policy is starting to look more like the reopening of old wounds.

Scheme Kingston Fields, in Rushcliffe, close to Nottingham
What Plan for at least 5,700 homes on this 500ha greenfield site, including a secondary school, town centre and employment space
Who Being promoted by Banks Developments on behalf of landowner the Kingston Estate
History Banks previously tried to get this off the ground in the late nineties, putting it forward for the 1998 local plan review by Rushcliffe council. The council decided instead to allocate a former airfield on the other side of town, where development has subsequently stalled. Since then, the developer says it has been “on the backburner”, but plans for a mainline train station on the site, which could be incorporated into the development, have been independently advanced by operator Midland Mainline

Scheme Curborough, also known as Fradley, north of Lichfield
What 5,000 homes on a former airfield site
Who It is being promoted through a joint venture between Gleeson, Redrow, Banks Developments and Henry Boot, who have an agreement with the landowners
History The site has an existing approval for employment development, with some of the development having already taken place. Lichfield council rejected an attempt to get it identified by the Local Development Framework as appropriate for housing development. However, last year Lichfield’s LDF was thrown out by the independent examiner, so the future of the site is undecided

Scheme Micheldever Station Market Town, near Winchester in Hampshire
What Eco-development of 12,500 homes served by an existing station, with plans for a town centre, schools and 40% affordable housing. Currently 1,300-acre greenfield site
Who Owned by Eagle Star Insurance
History Eagle Star twice made efforts to have its site earmarked for a new settlement in Hampshire’s county structure plan,
making representations to public examinations in the early and late nineties. In 2000 the council decided to reject an inspector’s recommendation and refused to allocate the site for housing. Eagle Star has since been trying to get it recognised in the regional spatial strategy for the South-east, which is still under discussion

Scheme Shipton Quarry, near Oxford
What 5,000 homes, schools and a town centre, with alternative energy supplies through solar power and ground source heat pumps, and the potential for a new station with a nine-minute ride to Oxford
Who Kilbride Properties
History The site, a former Blue Circle limestone quarry, has consent for open storage of vehicles. However, a previous attempt to get permission for 5,000 homes through the county structure plan, and then through the local plan process, has not been successful. The brownfield site sits on the edge of Oxford’s green belt