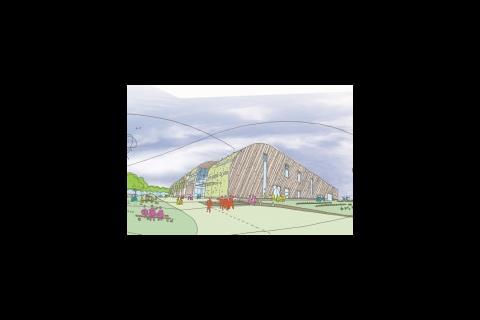 Artist's impression of the building 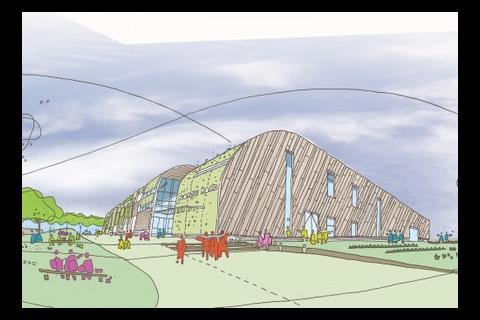 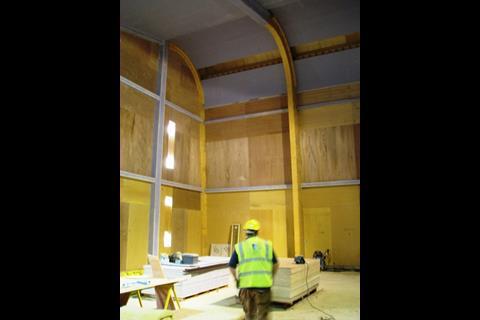 Construction work inside the new building 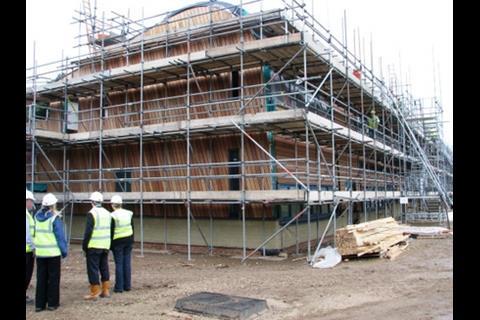 On site at the build; exterior view 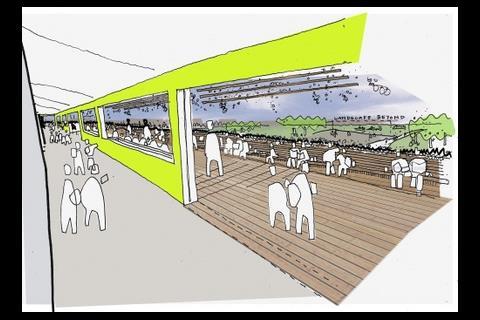 The innovative, sloping new building for North Road primary school, under construction in Darlington, is designed to appear as if it had pushed its way out of the ground.

Situated in a dense urban area populated by rows of terraced housing, the building’s design has been influenced by allotments to the west of the site - a precious patch of green in the area. These formed the inspiration for a patchwork sedum roof, and green walls by the building’s entrance on which children will be able to grow plants such as strawberries.

With a roof terrace bordering the first-floor classrooms for older pupils, and large windows of differing heights for the youngest children downstairs, a connection with the outside world will become part of the fabric of the school day.

As you would expect with so much greenery, the building has impeccable sustainability credentials. The site will feature a biomass boiler for heating with locally sourced fuel, while the roof will help reduce carbon emissions and rainwater run-off. The project, built from timber frame, is expected to achieve a BREEAM rating of excellent.

Contract type: Traditional contract, one of 23 pathfinders for the Primary Capital programme

Number of pupils: 420 primary, with a 30-place nursery