Get ready for the building safety regulator

The key proposals on building safety made by Dame Judith Hackitt in the wake of the Grenfell Tower disaster are finally about to be implemented in law. Building invited industry experts to discuss the coming changes 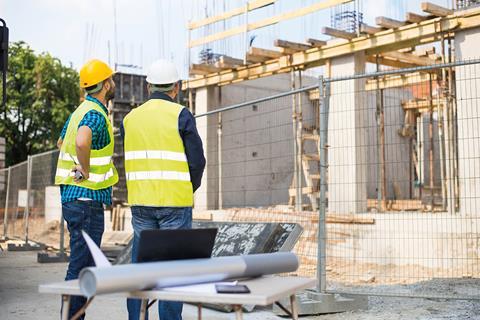 A dozen working groups are developing specific competency standards for all sections of the industry, from engineers to installers

A week may be a long time in politics, but three years is a mere blip when it comes to new building regulations. The third anniversary of the Grenfell Tower disaster is later this month, but the regulations in force at the time of the fire are largely still with us today.

To be fair, the wheels of government have been slowly revolving to effect change. The Hackitt review, published in 2018, looked at the organisational and cultural causes of the disaster and put forward a series of recommendations to address them. This was followed by a government consultation last year called Building a Safer Future, which set out how the review’s recommendations should be translated into a new regulatory approach to building safety. And this April the government published its response to that consultation, which sets out how a reformed building safety system will look. Subject to parliamentary scrutiny, this will be given legislative form in the Building Safety Bill.

In short, the proposals include a new regulator to ensure residential buildings over 18m high are safely designed and constructed and that they continue to be safe once occupied. The responsibility to ensure this happens will be placed on the client, the principal designer and the principal contractor, as well as the building safety manager once the building is complete. Three key gateways – planning approval, start of construction and handover – must be signed off by the building safety regulator before the next stage can commence. Details of a building’s design and construction, including any changes, must be digitally recorded and passed along the chain of responsibility. This is the so-called “golden thread” of information.

On 30 April Building hosted a roundtable webinar discussion, in association with Fenwick Elliott, to debate these changes. It included industry experts involved in creating the new regulatory regime. Below we look at the key proposals that originated in the Hackitt review and will be coming soon to a building site near you.

The Building Safety Regulator (BSR) is a new regulatory body that will be run by the Health and Safety Executive (HSE). Judith Hackitt is chairing the board to oversee the setup, transition and running of the new regulator, which will appoint a new chief inspector of buildings. The BSR will be responsible for all major regulatory decisions made at key points during design, construction, occupation and refurbishment of buildings. It will also maintain a national register of buildings that come under the legislation, issue best practice guidance, oversee building control bodies and advise government on changes to building regulations. It will also oversee a new competency framework that has been created to ensure work is up to scratch (see below).

According to the HSE’s Annette Hall, head of operational development for the new regulator, work on establishing the BSR is “continuing at pace” with the communities department, the HSE and the Home Office, despite the impact of the pandemic. The HSE is working with local authorities and housing associations to see how the safety case for buildings in occupation will work in practice. This includes identifying the key hazards associated with structural and fire safety and how the risks will be managed. “We are working that through at the moment and in due course will be producing guidance for industry and regulators on how that is going to work,” explains Hall.

Although the BSR will be ultimately responsible for ensuring residential buildings over 18m are safe, in practice it is local authority building control departments that will provide the primary support. Building control has been busy getting ready for the new regime, including a recruitment drive that has increased surveyor numbers by 10% over the last 18 months, taking the total to 4,000 so far. Building control officers will need to take an exam before being allowed to practice. This addresses a criticism levelled by approved inspectors that local authority surveyors were not required to be formally qualified.

Local Authority Building Control (LABC) has introduced a new competency matrix that matches the skills and knowledge of a surveyor to the project they are assigned, addressing a second criticism from approved inspectors. “We won’t now be able to use a surveyor on a project for building control purposes within LABC that doesn’t have the appropriate competence and levels of qualifications to undertake that particular project,” explains Martin Taylor, director of regulatory policy for LABC.

According to Taylor, the focus is on the gateways, the building safety case and trialling the new regime with early adopters from the public and private sectors. 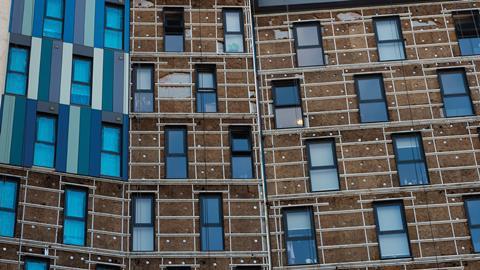 Cladding being removed from iQ student housing in Bristol in February of this year, to comply with safety requirements

Low levels of competence was one of Hackitt’s principal criticisms of the industry. A dedicated competence steering group was set up to address this under the auspices of the Construction Industry Council, with chief executive Graham Watts as its chair. According to Watts, the steering group is about to have its 40th meeting with the 13 working groups making up the competence work, having met at least 250 times in total. “That’s an awful lot of work, literally thousands and thousands of hours,” says Watts.

There are two parallel workstreams. The first is completing the role and remit of the new overarching competence body. This sits within the BSR and will administer a common competency framework to ensure all industry sectors have the skills to work on high-rise residential buildings. The second strand is the development, by the various working groups, of specific competency standards for a complete cross-section of the industry from engineers to installers.

A new British Standard is being developed for the three key duty-holder roles: principal designer, principal contractor and building safety manager. This is being fast-tracked through a new “agile” system at BSI. Nine of the 12 working groups have finalised their competence frameworks, with the building designers and architects group close to completion.

I can clearly see a change in culture. You can actually see a passage through regulations now, where you can see what is coming along the tracks

Two groups are delayed: building standards professionals and products. “There is a lot going on in relation to the building control profession and it going to take longer to finalise that work than we originally intended,” explains Watts. “Products really are a horizontal sector that cuts across all the other groups, so they have to wait until all the other groups are effectively finished before they can complete their competence framework.”

Watts says the competence steering group’s final report is due for publication imminently. This will include the proposals to develop the BSI standards suite, the overarching competence framework and the completed sectoral competencies.

The new regulatory regime will require designers, contractors and building operators to maintain a digital record of the building from the design stage through to building operation. This information will also be used for subsequent refurbishment, with a broad range of disciplines needing to collaborate digitally.

The government has said that the data standard for the golden thread will be BIM level 1, which NBS chief executive Richard Waterhouse says is a retrograde step. “We have to have standards, as they standardise the way we work and the way we capture information,” he says. “BIM level 1 uses 2D and 3D information but using some quite old standards, including CIPIC information. To put that into context, the CIPIC documentation was defined in 1988. This is a data structure that is really old and not very well defined.” 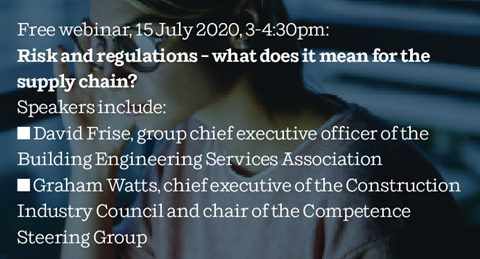 Waterhouse says BIM level 2 should be the minimum for defining how data is transacted and points out that the government mandated the use of BIM level 2 for all central government projects from 2016. He adds that talk of BIM levels is now out of date because the new ISO standards setting out BIM protocols and how data is exchanged no longer refer to levels.

Last year the Construction Products Association (CPA) carried out a survey to identify shortcomings in the product information needed to make informed specification decisions. The CPA is now drawing up a draft code of conduct for manufacturers that will go out for industry consultation.

“We intend, after doing some significant surveys across the industry, to produce a level playing field standard that companies can sign up to to say categorically that their information is clear and trustworthy,” says Peter Caplehorn, chief executive of the Construction Products Association. The pandemic has delayed the launch of the consultation.

Both Hackitt and the government want the BSR to be set up in shadow form before the Building Safety Bill becomes law. The plan is to put the bill before parliament by the autumn, despite the challenges the pandemic poses.

Taylor reckons the industry is already changing in response to the new legislation. “I spend quite a bit of my time talking to developers who develop high-rise properties and I can clearly see a change in culture,” he says. “You can actually see a passage through regulations now, where you can see what is coming along the tracks. That was obviously informed by the consultation document.

“When that consultation document came out, many of the better contractors started to think: well, the procurement phase for a building like that will be far in excess of when regulations come out, so we will start to take preventative decisions and start to put in those additional measures now. Dame Judith has been calling for it for three years, and I’m actually starting to see it in reality.”

Risk and Regulations: the industry response to the Hackitt review – roundtable webinar discussion held on 30 April

Graham Watts, chief executive of the Construction Industry Council and chair of the steering group on competences for Building a Safer Future