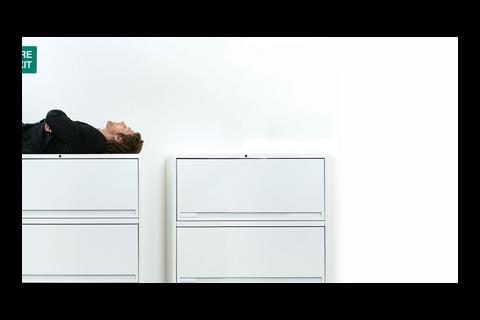 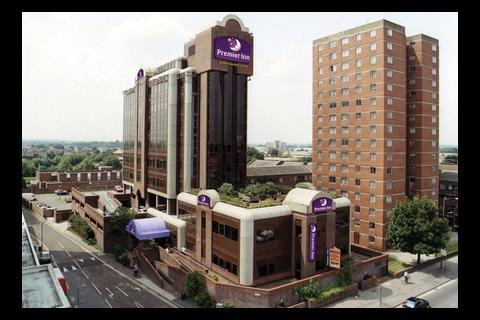 Boardrooms to bedrooms: Kempton Point in Sunbury is being converted into a 109-bed hotel

With the commercial office market in the doldrums, developers are waking up to the idea of converting them into hotels. Stephen Kennett works all hours to find out how it’s done

Would you pay to spend the night in Alan Sugar’s old office? OK, it might not sound immediately enticing when put like that, but this is actually part of a growing trend in refurbishment.

Graham Hedley, project and programme manager with Whitbread, owner of the budget hotel brand Premier Inn, says the current economic climate means he is finding more opportunities to convert empty offices in city centre locations into hotels. About one in four of Whitbread’s current developments are conversions. In the past few months it has tackled Sugar’s former Amstrad HQ in Brentwood, two more conversions in Leicester and Cardiff, and has several others in the pipeline. Now nearing completion is Kempton Point in Sunbury, Surrey (below, right), which is being converted into a 109-bed hotel.

Hedley says Whitbread takes one of two approaches: either buying the freehold or, as with Kempton Point, agreeing a turnkey operation with a developer who delivers a hotel to its specifications. Whitbread then takes a 25-year lease on the property.

This is an attractive proposition for developers in a market where office rental levels have plummeted by an average of 35% since the recession hit. “Developers are now realising that it should be considered as a viable option,” says Toby Waits, national director with Jones Lang LaSalle’s projects and development services team. “To convert an office to a hotel is actually quite quick. And the rent-free period with hotels is a lot shorter than with office rentals, normally around 14 weeks, rather than a year.” At about £4m, the conversion costs are also slightly lower than a category A office fit-out.

So how do you go about turning a building designed as an open-plan office into somewhere to get a good night’s sleep? The first hurdle is getting the business case to stack up, says Waits. The critical factor is how efficiently the standard Premier Inn room can be squeezed into a building not designed as a hotel. If room layouts need to be modified, this adds cost. The determining factor is the ratio of rooms to gross internal floor area – if this becomes too low, the build costs will rise.

The key, then, is finding the right sort of office in the first place. Kempton Point is typical of what is required. Completed in the late eighties, it is a concrete frame structure, but crucially the floor plate spans 15m. This makes it possible to slot in two banks of rooms, each 6.5m deep, and a central corridor.

The project is being run on a tight 28-week programme. Following a soft strip to take the building back to an empty shell, contractor Speymill Contracts began work by lining the concrete soffit to provide fire separation between the floors and then constructing the metal studwork to form the internal walls to create the bedrooms and bathrooms.

Boardrooms to bedrooms: Kempton Point in Sunbury is being converted into a 109-bed hotel

Although prefabricated bathroom pods are well suited to new-build hotels, they are less attractive for refurbishment, says Billy Holt, director of construction at Speymill. “With an existing building, it is very difficult to manoeuvre the modules into position.”

Instead, the design of the “model” Premier Inn room has been optimised to make it work well with traditional forms of construction. The bathroom walls, for example, are designed to fit an exact number of tiles to save cutting them; the floor to ceiling heights are set at 2.4m to fit with the standard size of plasterboard; and the room length is dictated by an exact number of plasterboard sheets.

The specification set down by Whitbread for elements such as the partitioning is exacting. “It really acts like a Robust Detail,” says Waits. “We know what the exact performance will be in terms of acoustic and thermal insulation and also the fire rating.”

Acoustics are an important issue. Premier Inn has a guarantee that if you don’t get a good night’s sleep, you get your money back. Given that these are office buildings built 20 or more years ago, the acoustic performance of the facades won’t be enough. At Kempton Point secondary glazing will be used.

Existing offices do have their advantages though, such as the generous floor to ceiling heights. This creates enough room for a cosmetic ceiling in the room to help with acoustics between floors and also creates a service zone for distributing the electrics, ventilation and air conditioning pipework.

It’s a fast-track process. Once the first fix M&E is completed, the air conditioning goes in and the partitioning is closed off. An infill floor is created and decoration and second fix M&E can go ahead, followed by fixtures and fittings. “We start at the top and work our way down and we have a staggered programme so there are seven weeks between least and most progressed floors,” says Waits. “Each floor is commissioned and handed over a week apart. The key is making the building smaller and getting down to as few a rooms as possible and not leaving it all to the end.”

With the commercial office market not set to make a full recovery for several years yet, there could be plenty more opportunities to come.