In the first of a five-part series on our Green for Growth campaign aims, Building asks industry figures why it’s so vital to make accurate measurements of energy performance public knowledge 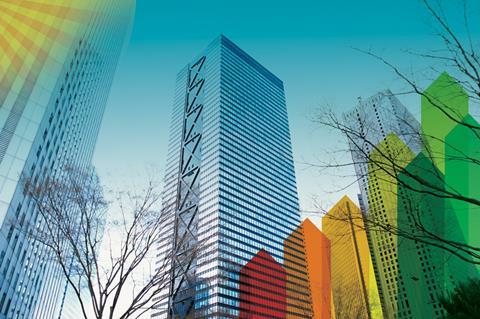 If you’re going to fix a problem you have to understand the nature of that problem. That was the thinking behind the previous government’s introduction of a requirement for all public buildings of 1,000m2 or more to have an up-to-date display energy certificate.

DECs are a means of measuring the energy consumption of a building and must be drawn up by an accredited energy assessor using government-approved software. They are valid for a year and must be accompanied by an advisory report setting out measures that could be taken to improve a building’s energy efficiency.

In keeping with prime minister David Cameron’s pledge on entering office in 2010 that his would be the “greenest government ever”, the coalition in 2011 announced in its Carbon Plan that it would roll out DECs to all commercial buildings by October 2012. Following intervention from chancellor George Osborne, however, the application of DECs to commercial property was withdrawn at the end of last year, a move that caused dismay in the industry and raised questions about the government’s commitment to sustainability. It was announced that, instead, commercial buildings would only have to display energy performance certificates (EPC).

Unfortunately, EPC is a misnomer, given they do not provide a measure of how a building is performing. Rather, they take into account a building’s design and theoretically predict the energy it should consume. A report by BRE, Mind the Gap, showed that there is a considerable margin of error between the performance of a building as measured by an EPC and its actual energy use as measured by a DEC. “Real performance is better measured by the DEC,” says Nick Hayes, head of sustainability at consultancy EC Harris and a former BRE employee. “The EPC is really a bit arbitrary.”

An example of how DECs could work is provided by developer British Land, which has spent £1.5m to save £3.3m in its occupiers’ energy bills, in a plan to reduce the carbon emissions that it can influence by 40% over three years. It says DECs would drive this behaviour in the wider market, with the potential to save £200m from lower energy consumption in the London commercial market alone. While there is no obligation for the owner of the building to undertake the recommended measures, the advisory report should provide a compelling argument for them to do so: up-front costs of efficiency works will pay for themselves over time through savings in utility bills. “One of the considerations is the financial cost, but then utilities are currently outstripping inflation in terms of cost,” says Paul Dunn, head of sustainability at law firm Eversheds. “You could sell the idea to an organisation purely on financial terms.”

Hence DECs would provide stimulus to the construction industry while helping the government meet its own legally binding target of cutting carbon emissions 80% by 2050. That’s why Building’s Green for Growth campaign includes a call on the government to reinstate the commitment to DECs for commercial buildings and to prepare a trajectory for their extension to all buildings. 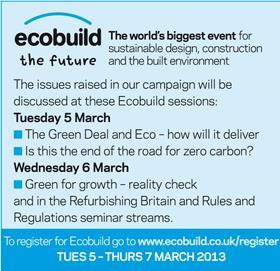 Quite apart from the benefits DECs would have, it is difficult to find any good reason not to introduce them, especially given wide and diverse support the policy had within the industry. Organisations that signed a letter to government calling for DECs include the UKGBC, the BPF and the RIBA. Many in the property industry are simply baffled by the government’s U-turn, believing that the decision was made for political reasons. According to Jont Cole, upstream chief operating officer at property firm Jones Lang LaSalle: “I would be surprised if there was anybody actively lobbying against [the introduction of DECs for commercial buildings]. I think it’s more that the Treasury’s just concerned about the perception of additional regulation.”

Red tape is the perennial bogeyman of all governments, and the coalition has vowed to help industry by tackling regulations that impose additional costs on hard-pressed businesses. But some in the industry think the move away from requiring DECs for commercial properties cannot be for practical reasons, given the actual cost of DECs to owners and occupiers. “I don’t think that the costs involved are significant,” says EC Harris’ Hayes. “A lot of it is done on readily available data.” Alan Somerville, director of strategic solutions at consultancy Capita, adds: “It’s not a costly thing to do. There are plenty of people out there who will do that work at a pretty modest cost.”

And while one might expect consultancies to back the roll-out of DECs - after all, they might benefit from the subsequent work - developers and property firms too are unimpressed by the government’s decision.

Both the BPF, which represents commercial property owners, and business lobby group the Confederation of British Industry are backing Building’s campaign. Indeed some developers are going far further than the DEC regulations would have required.

Lend Lease, for instance, not only uses DECs, but also measures the kilowatts of energy used in its buildings per square metre. “If you think that DECs are a good way to measure the performance of a building, then why not tie legislation to it; make it something obligatory and transparent,” says Pascal Mittermaier, Lend Lease’s head of sustainability. “I think DECs are a good way forward. They would help innovative firms get recognised for what they are doing.”

So, we’re in a situation where a policy that would have significant benefits has been scrapped, despite nobody apparently asking for it to be scrapped. Worse, rather than providing a boost to UK Plc - the ultimate reason for slashing red tape - the scrapping of DECs for commercial buildings has deleterious consequences for construction, one of the country’s biggest industries. Other than a few opposition MPs, nobody would disparage the coalition for performing another U-turn. It’s time the government listened to industry and did the right thing. 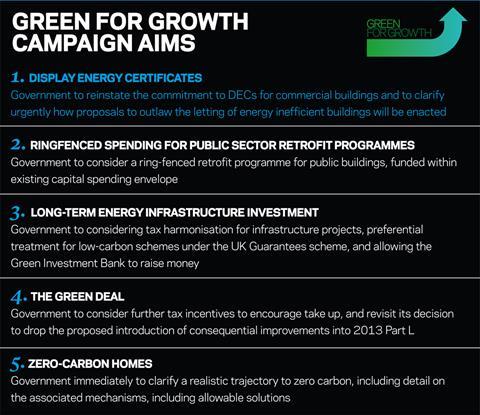 Some forward-thinking clients, of course, do not need display energy certificates to be mandatory for them to want to take stock of their day-to-day energy use. Law firm Eversheds, a new member of Building’s Global Clients Group of firms with a commitment to sustainable building, is a case in point.

Eversheds has for some time been investing in the energy efficiency of its new-build offices. Its London HQ in the City, designed by Fletcher Priest Architects for developer Lend Lease, for instance, achieved a BREEAM “excellent” rating. However, the firm has turned its attention to its existing 45 offices across 28 countries.

The company is undertaking a data gathering exercise, starting with its London office, then rolling out in the UK and around the world, to understand its energy consumption and how it can be reduced. “We will roll out the best practice we identify from one office to another,” says Eversheds’ head of sustainability Paul Dunn. “We don’t assume the UK has all the best practice. We’re testing things internationally.”

In the UK, Eversheds has engaged M&E contractor NG Bailey to review its energy consumption, including an in-depth analysis of the equipment and systems it uses. “They’re helping us identify the right assets to put into our buildings and make sure that those assets are properly maintained,” says Dunn. “But they’re also carrying out surveys of the equipment to make sure that it’s fully optimised from an energy perspective.”

So, the study isn’t just looking at, for instance, whether air conditioning units are as energy efficient as possible, it’s looking at whether they are being used efficiently and whether they could be used less to achieve the same results, and therefore be replaced less frequently.

“We’re seeing that not only are we getting lower running costs and reducing our carbon footprint, but that assets will last six years rather than five,” says Dunn. “We’re expecting our assets to last longer because we’re looking after them and they’re running the minimum number of hours.”

A group of four new members of the GCG will be announced in next week’s issue.

Go to building.co.uk/greenforgrowth to add your support to the campaign and help protect construction jobs while saving the planet. You can also follow the campaign on Twitter #green4growth