Graham Reid, Hyder’s UK managing director, explains how the firm has found itself with 500 vacancies to fill 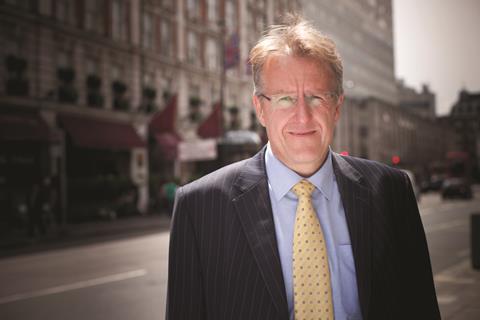 ‘We are looking to hire 500 people within the next 12 months,” says Graham Reid over coffee and amaretti biscuits in the Rubens Hotel in Victoria. “This is a major recruitment drive and the sooner we can bring people on board, the better. You don’t read that in the press every day do you?”

Indeed you don’t. As the construction industry appears, once again, to be battening down the hatches, it is more common to read about firms losing staff than gaining them - particularly on such a large scale. But for engineering group Hyder Consulting, boosting staff numbers in the UK and overseas is the number-one priority.

Reid, the group’s 50-year-old UK managing director, admits the move is “quite stand-out” in the current market. So how has it managed to buck the trend?

Hyder has hardly been out of the headlines over the last six months. The £277m-turnover firm has been scooping contract wins on some of the world’s best known and most iconic projects, including a contract worth about £20m to design the new London Bridge station, a £6.3bn project that is part of the £30bn Doha Metro scheme - the first of its kind in Qatar - and an £80m road and drainage contract, also in Doha. There have also been wins in Saudi Arabia, following the acquisition of Saudi-registered engineering and design business SAK in March.

Winning work for a select few clients in the Middle East is a vital part of Hyder’s grand plan. Reid explains: “Our strategy recently has been to reduce the amount of clients we have but to grow our workload through developing stronger relationships with some key clients and tendering for higher margin work. We found our major prospects were in the Middle East.”

And therein lies the catch: about three-quarters of the 500 roles up for grabs are outside the UK, with the projects in the Middle East and Australia the main catalyst for the recruitment drive. But that still leaves about 100 roles to fill in the UK. And Reid is quick to add that, for young engineers in particular, a move could be viewed as an exciting opportunity.

The interesting thing about Hyder’s plans is that, despite the fact that the engineer is a multinational group divided into five autonomous regional divisions, one of which is the Middle East, the recruitment push is being run from the UK.

“We are structured region by region but we have strong links with each other and there is a lot of collaboration between the UK and the Middle East,” says Reid. “Historically they have worked together on projects like the Burj Khalifa and Emirates Towers [where Hyder was principal designer] and the sorts of skills sets required for the Middle East projects going forward are well honed here in the UK. So the skilled employees we need will, primarily, come from the UK.”

The roles on offer reflect the range of projects in the group’s £363m pipeline. There is a particular need for rail, utilities and highways engineers, but Reid adds that all specialisms will be required, at all levels: “We’re looking completely across the board,” he says.

He adds that the firm is looking outside the group, as well as hiring and relocating people internally - especially for the overseas jobs: “I think when you recruit someone from the UK to work overseas directly, it’s quite straightforward. Asking people to transfer from one region to another is trickier.”

Although most of the overseas roles are based in Qatar and Saudi Arabia, Reid adds that there are opportunities in Australia too, where the company is working on more rail and highways projects. 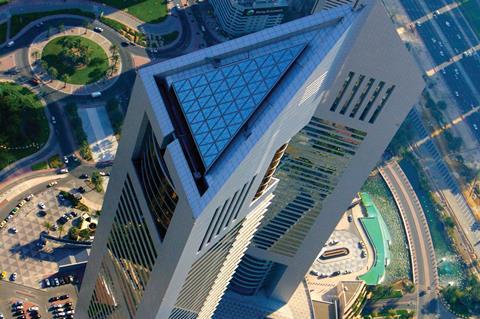 Hyder has a history of working on iconic projects in the Middle East, such as the Emirates Towers in Duba

Such a serious recruitment drive is, obviously, good news for the industry. But with so many of the roles based overseas, is there a concern that Hyder’s UK region is likely to contract? And what about the loss of so many skilled workers to foreign markets?

Reid doesn’t see either of these as big problems: “Remember we aren’t just moving UK staff overseas without replacing them. We are backfilling those roles and we expect to see growth in the UK on last year in rail and highways.”

He admits that this growth will be minor, however, and he won’t be drawn on exact figures. But he does reveal that the pipeline of work in the UK stands at a healthy £106m.

As for losing skilled people overseas, he points out that nothing is permanent and that while the UK market is suffering, it makes perfect sense to relocate staff: “This gives good people the opportunity to keep working on major schemes. We can second people and move them back to the UK again very easily when things pick up. But we
have to position people where the work is.”

In the context of the general economic situation, it is not a bad position to be in, and Reid returns to the theme of what Hyder has working in its favour to make its strategy possible. He points to the company’s “long legacy” - the group has been operating in China for 100 years and in the Middle East for 50, while past projects include the Sydney Harbour Bridge, the Emirates Towers in Dubai and the original Tower Bridge design back in 1894. “The projects we have historically worked on have always been extremely high profile and these are the types of projects we will continue to work on,” Reid says. “This is what helps us to attract really strong talent.”