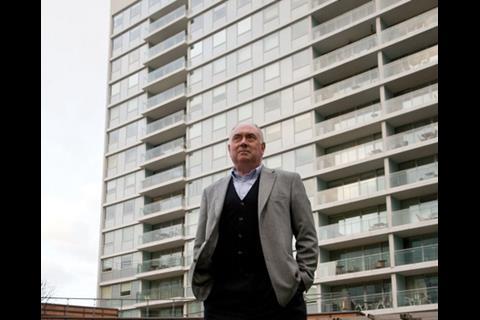 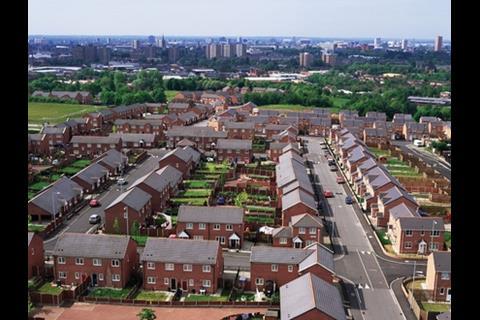 John Callcutt’s review of the housebuilding industry has been eagerly awaited, not least because everyone is wondering what else there is to say about it. Well, it turns out there’s plenty – just don’t expect any quick-fix solutions.

‘I would rather be gone by the time this lot comes out,” John Callcutt confesses, in the middle of explaining why housebuilders must make radical changes to their business models. He is talking to Building a few days before the publication of his long-awaited review of the housebuilding industry and he is clearly anxious to prevent any whisper of his findings escaping before yesterday’s official launch.

When Callcutt retired from running Crest Nicholson in 2005, he was probably the most respected housebuilder in the country. Now he sounds like he may leave the country as soon as his report detonates. Certainly, he would rather not be around to face the consequences. “After the 22nd,” he says, determinedly, “I’m nothing, I’m vapour.”

It is difficult to predict the reaction that it will get, but whatever it is, that is not Callcutt’s fault. Instead, blame Ruth Kelly, the former communities secretary. She asked him to look at the delivery of new housing in December last year, a commission that coincided with his sudden departure after only six months from the helm of regeneration agency English Partnerships.

Kelly’s decision was surprising, to say the least: why another look at housing so shortly after two reports by economist Kate Barker and a government review of housing and regeneration agencies, and a month after the publication of planning guidance for housing over which the government had agonised for years? Then there was the Office of Fair Trading’s investigation into the housing market and the ambitions expressed in July’s housing green paper.

Callcutt’s remit was to recommend how to get ever more homes produced, to better designs and higher environmental standards. One housebuilder this week described the job as “a poison chalice”; for one thing, how could he possibly come up with answers that nobody had thought of before?

If it was pithy, eye-catching solutions that ministers were after, they will be disappointed. Callcutt’s report is steeped in the realities of development and it makes a complex argument for nothing less than major cultural change. The question is whether the people who have to make those changes will take it seriously.

It is probably easier to start with a list of things that the Callcutt review is not. It is not an exposure of the planning system’s failure to provide enough development land, and it does not rail against the failure of housebuilders to use the land they have quickly enough – a point planners have been pushing. It does not call for the commercial property industry to ride to the rescue, as suggested by the British Property Federation. And it certainly does not call for developers to be given free rein to build on the green belt.

What Callcutt does say is that he believes the housebuilding industry has the capacity to produce Gordon Brown’s 3 million homes by 2020. But as a committed exponent of urban regeneration, his concern is that too many of them will be built on greenfield sites. His report focuses on improving the viability of urban brownfield so there is no need to concrete over the countryside.

At heart, the big idea is to change the relationship between developer and local authority. The only way to do this, he says, is to forge long-term partnerships to regenerate large areas, for which developers will get a fixed profit margin, what he calls a “preferred partnership”. The key is the fixed profit margin, agreed before work starts on the basis of open-book accounting. The aim is to engender trust between the partners, so the council need never suspect the developer is lying about valuations to trouser a bigger profit. Once a long-term partner has been selected – based on a brief “beauty contest”, rather than a lengthy financial evaluation of the site – Callcutt’s theory is that developer and council will be able to plan viable developments together, without the whole thing being derailed by mistrust.

If the partnerships fail, homes will go out of town or into the countryside, and that will produce doughnut cities. Our nation will not be the better for it

“Developers and local authorities haven’t got the most constructive of relationships – mutual suspicion, hostility, suspicion of motives,” he says. “I think we ought to stop the aggro. Stop the mutual suspicion, get a mutuality of interest. Instead of the planning system fighting developers, it’s suddenly working with them to drive value. But, this time, the money’s not going in to the developer’s back pocket.”

So the plan is that developers will sign up to preferred partnerships to get hold of guaranteed land supplies, and councils will sign up to avoid politically damaging developments on green fields on their urban fringes. Brownfield sites will become financially viable, housing supply will increase (without sprawling onto green land) and Gordon Brown’s output target will be met.

“We will make the 240,000 [homes a year by 2016],” Callcutt says. “But if the partnerships fail, the homes will go out of town or into the countryside, and that will produce doughnut cities. Our nation will not be the better for it.”

While Callcutt’s prescription doesn’t require any big policy changes – he is not, for example, calling for amendments to last week’s housing bill – he does not think the effects will be any less radical for that. The public sector, he says, will have to get used to promoting and helping development, and will need to give guarantees about the investment it can make in regeneration areas. And private developers will have to get used to a more complicated world: “Your regional teams may well not have the competence to carry out this kind of thing – the housebuilders are going to have to make an investment in guys who understand urban regeneration. These guys are going to have to spend millions.”

What’s the reception likely to be?

Advance reaction to the review has been mixed. One senior housebuilder said he did not think there was a great appetite for it, others said it was “right on the button”. Liz Peace, chief executive of the British Property Federation, gave it a measured welcome: “This is a hugely thoughtful piece of work, which is pushing us all in the right direction. My fear is that it may lack the spectacular action points to attract political will.”

This could be the report’s undoing. All independent government-commissioned reviews rely on the endorsement of the department that commissioned them. The support of the communities department will decide whether the Callcutt review reaches as wide an audience as the Latham or Egan reports, or in Callcutt’s words “gets filed on the ‘interesting’ pile”. It is also dependent on whether English Partnerships – shortly to become the Homes and Communities Agency – will agree to help councils implement the new dispensation. This is something they have not yet signed up to, as Callcutt acknowledges.

Callcutt says that all the conversations he has had with industry in advance of publication have been hugely positive, regardless of the fact that it does not offer a simple answer to housing undersupply. “I couldn’t think of anything else we could do that would help solve the problem. The fact is, people just aren’t working together in a sensible and co-ordinated way.”

The result: Gordon gets his 3 million homes by 2020 through regeneration of the country's most deprived areas, not by concreting over the countryside.

Kiss and make up, and it’ll all be okay …

Will the City buy it?

City investors have already knocked a third off the value of housebuilders’ stocks since the spring – how are they going to react to them profit-sharing with local authorities?

Callcutt says his partnership model will atually increase share prices in the long run. Housebuilders are rated poorly by the City as high profit but high risk, but partnerships guaranteeing long-term land supplies should persuade it to trust the industry a bit more, even if profits are lower.

Access to funding for housebuilders would rise – both from the stockmarket itself and from bank lending. But with a guaranteed land supply, developers wouldn’t need to buy large land banks, freeing yet more capital to invest in development.

“Stockbrokers don’t believe anything,” Callcutt admits. “But when the first guy makes the first breakthrough, the whole bloody mob will swarm.”

Article appeared in Building magazine under the headline The Callcutt review makes a complex argument for a huge cultural change. But will anybody listen?