Two years ago, Davis Langdon partner Neill Morrison set up a cost consultancy firm for global giant Deloitte. He tells Adam Branson how the business is shaping up - and how getting former colleagues to join him differs from ‘poaching’ them 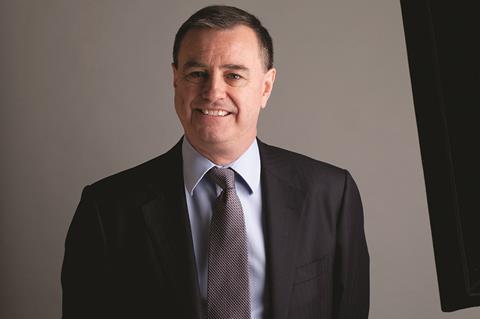 It was one of the biggest business stories of the year. In January 2010 it was announced that global accountants and business consultants firm Deloitte had acquired property services group Drivers Jonas, itself no minnow. Then in June 2011 came the news that Deloitte intended to set up a construction cost consultancy business to
rival leading QS firms. Through acquisition and new business development, Deloitte was to offer a comprehensive construction and property service.

The man brought in to set up the cost consultancy business, which initially targeted commercial and residential development in central London, was Neill Morrison, formerly managing partner of Davis Langdon’s (DL) London office. Morrison is one of several high-profile partners at DL to have left following the company’s takeover by American giant Aecom and his departure immediately led to three other senior DL employees leaving to join him on his new venture.

Speaking to Building at the time Morrison said that the aim was to grow the business over five years to employ around 50 people with a turnover of about €7.5m. He added that he had no intention of poaching any more people from Davis Langdon. So, two years on from the business’s launch, how’s the plan shaping up?

At 55, Morrison comes across as open and dependable. He talks confidently, not too fast, not too slow, and without rhetorical flourish or hyperbole. He also says that London cabbies have a habit of mistaking him for football pundit Alan Hansen. At only one point in the interview does he appear to have to think hard before responding to a question - more of which later - and he insists that relations with his former employers remain amicable.

Morrison’s move to Deloitte to set up a new business also sets him apart from fellow DL departees. While some former colleagues have moved to similar roles at direct competitors and others have set up firms of their own, Morrison has steered a course down the middle in both moving to another major corporate entity and setting up a business. This, he says, was quite deliberate.

I said ‘I bet you’re thinking of doing what I do’. Mike Cuthbert said, ‘We are and you’ve beaten me to the phone by 24 hours’

“Colleagues of mine have been leaving DL and setting up their own businesses,” says Morrison. “But I think the difference with what I’m doing is that my focus is on how I can put myself into a position where I can do the sort of work that I was doing before, but in a different environment - that meant not going to join a major competitor of DL.”

In order to achieve his goal to work for major clients on multi-million pound projects, Morrison reasoned, he would need the backing of a major company that could, at the same time, provide the investment required to build a high profile team and the reputational capital required to give major clients the confidence to hire a new entrant to the cost consultancy market.

“Some of the businesses that were spawned out of DL will do very well, but they will start on a small scale and build and build and build over time. To put your faith in a business that’s so young without the backing [that we’ve got] takes a leap of faith. I’m too old to start a grass roots business.”

Morrison’s reasoning has clearly worked: he recently won major contracts on the redevelopment of the BBC’s Television Centre in west London, as well as the Allies & Morrison-designed 8-10 Moorgate project in the City. “I’d never have been doing Television Centre if I’d put up a brass plaque and said ‘I’m Joe Bloggs and Co’,” he says.

While he made the first approach to Deloitte about the idea for a cost consultancy business, the man that he called - Deloitte partner Mike Cuthbert - told him that he was already planning to call him with the same idea the next day.

“I said that I bet you’re thinking of doing what I do. He said ‘we are and you’ve beaten me to the phone by 24 hours’,” says Morrison. “They already had a business plan in place, and they’d identified me as the person they wanted to do it.”

In addition to his team’s focus on traditional projects work, the fact that his nascent business sits within Deloitte means that it is also involved in advising other aspects of the business on how clients can get best value from their property assets. According to Morrison, costs to business can be split into three categories: employees, IT - and property.

“We always see the world from a property point of view, but the truth is that property is the function - it’s the answer to your human capital and your IT issues,” he says.
“I think that our industry has been too focused on projects, whereas what we should focus on is our clients’ businesses. I’m finding it exciting to have to use the grey matter to solve problems for clients, working with people who are in completely different disciplines.”

As an example, he says that his team recently advised a company looking to acquire a chain of garden centres. “We were looking at how they were going to maximise value by building cafés and restaurants and ramping up the use of the site,” he says. “Other colleagues were looking at the sites to see if they would be more valuable as residential or supermarkets and so on.” Similarly, Morrison is currently bidding for work on a major PFI deal for a firm looking to take over a public service. Understandably he is tight-lipped as to the company involved and even the type of public service in question. “Those opportunities will come to a consulting business; there will not be a beauty parade for cost consultants on the job. Having delivered the deal, if the deal goes through, we’ll continue on with it.”

The result of Morrison’s major projects wins and the work he is doing with other parts of Deloitte means that he is on track to deliver against his five year plan. He says that the plan was always to break even in year two and that in fact the business will make a profit of “several hundred thousand pounds” at the end of its second year trading on a turnover of £2.5m-£3m. He currently has a team of 20 against the target of 45 after five years, but says the team is currently top heavy and that most of the remaining positions will be more junior roles.

But what about the question of honouring that pledge to stop poaching DL staff? Asked directly about how many former colleagues have now joined him at Deloitte, Morrison sucks in air between his teeth and takes an uncharacteristically long time to respond.

“I have I think 10 or 11 people who are ex-DL,” he says at last. “Essentially, I had an agreement with DL whereby if someone approached me I would talk to them and we’d sort things out amicably and we have. The people who’ve joined me would have left anyway. They’ve not been poached, as such.”

He adds that in all cases the initial approach came from the individuals concerned, rather than from him.

So, Morrison’s post-DL venture is on track to deliver on the five-year plan set out in 2011. And he has stopped poaching former colleagues. Sort of.